Update, September 19, 2018:
Newsarama reports the book has been canceled. Original story is as follows:

“The Vision” is getting a new six-issue miniseries courtesy of husband and wife co-writers Chelsea Cain and Marc Mohan alongside penciller Aud Koch, colorist Jordie Bellaire and letterer Clayton Cowles. CBR had the reveal earlier today for the series which picks up on threads from the Eisner-winning “The Vision” series from Tom King and Gabriel Hernandez Walta. That series saw Vision create a family for himself, only to have it go horribly and horrifically wrong. This series will star the remaining members of the family, Vision, his daughter Viv, and their dog Sparky as they try to move forward. You can check out the solicitation info for the first issue below: 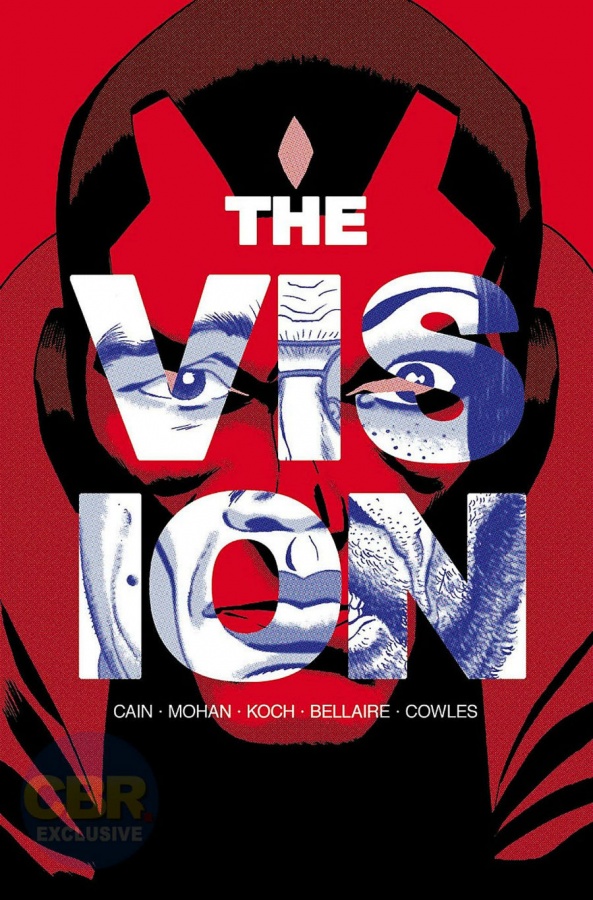 When the Vision decided to try to live a “normal” life, he built a wife, a son and a daughter—a family—only to watch it nearly all crumble. Now all that’s left is Viv, his learning-to-be-rebellious daughter, and Sparky, the family robo-dog. But what does it mean for an artificial intelligence to rebel? And can a synthezoid father handle single parenthood? The married writing team of Chelsea Cain (Mockingbird) & Marc Mohan join rising star artist Aud Koch for a new take on the Vision family that will once again have everyone talking!

Cain and Mohan previously collaborated on the pop psychology book Does This Cape Make Me Look Fat? that had illustrations from artist Lia Miternique. Cain is also the writer of multiple thriller novels, the most recent, Kick Back, released in 2016. She previously worked on the Eisner-nominated “Mockingbird” series in 2016 with artist Kate Niemczyk. During her time writing that series Cain was harassed online by comics “fans” and left social media. She has since returned, and her and Niemczyk have a new series coming at Image called “Man-Eaters.” Mohan is a writer for multiple Portland-based news sources and websites. Him and Cain reside in Portland with other comics professionals like Brian Michael Bendis, Kelly Sue DeConnick, Matt Fraction, and Greg Rucka. Koch also resides in Portland and has done work at Marvel on series like “Ultimates 2” and “America.”

You can check out the cover for “The Vision” #1 from Marcos Martin below, and find the book on shelves in November.