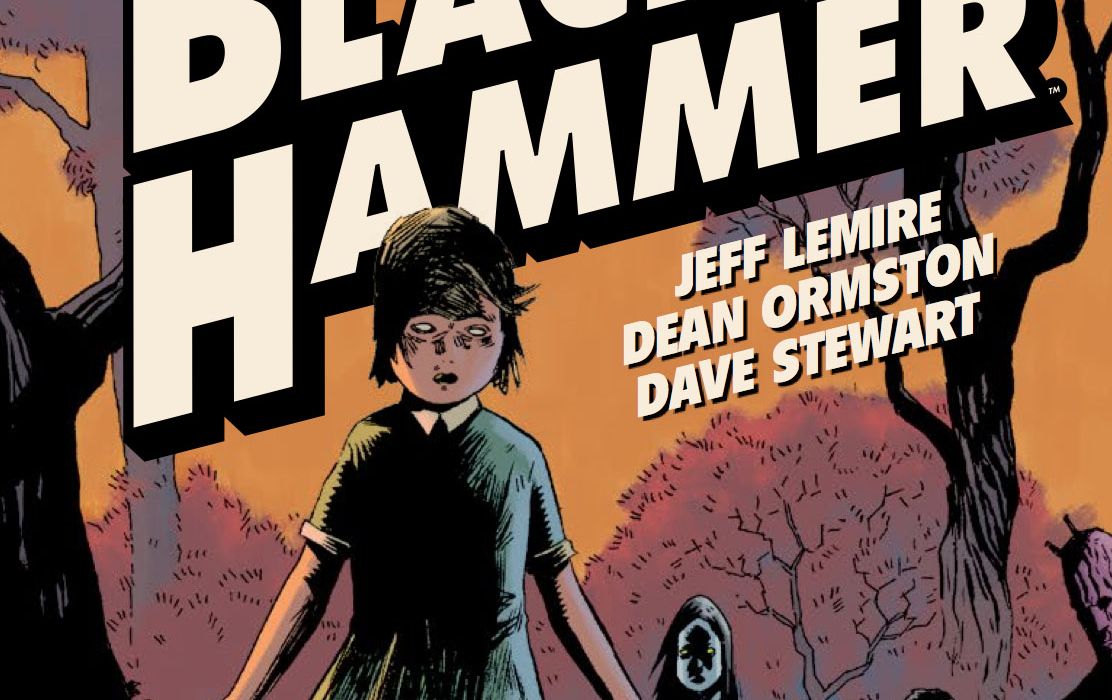 A misfit team of super powered crusaders find themselves in a world unlike any they’ve experienced before. How does the quiet monotony of farm life feel for beings who’ve helped save that planet from galactic destruction? Find out in this spoiler-free review of Jeff Lemire and Dean Ormston’s “Black Hammer!” 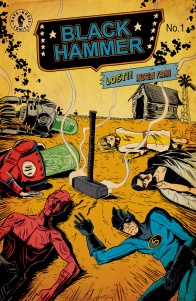 A new story from the prodigious brain of Jeff Lemire (Descender), amazingly realized by Dean Ormston (The Sandman) and Dave Stewart (Hellboy)!

Once they were heroes, but that age has long since passed. Banished from existence by a multiversal crisis, the old champions of Spiral City—Abraham Slam, Golden Gail, Colonel Weird, Madame Dragonfly, and Barbalien—now lead simple lives in a timeless farming town. Even as they try to find their way home, trouble has a unique way of finding heroes wherever they are!

I’ll say this right off the top: I have a hard time with superhero comics that aren’t from The Big Two. Now, please don’t misconstrue that, it’s not out of some irrational love for corporate properties. Hell, I don’t even read more than a handful of that type of comic a month. But when I do, I think that it’s maybe more for the sense of mythology that comes with those characters. Whether or not we realize it as readers, so much of what we enjoy about the cape and tights set (or maybe it’d be cowl and body armor now?) is what we bring to it ourselves. Whenever we open up a DC or Marvel superhero comic, we walk through that door with a suitcase full of preconceived ideas, expectations and nostalgia. It make the storytelling easier to play along with when you’ve agreed well in advance who’s invincible and who’s motivated my tragedy, right?

Dark Horse Comics is no stranger to publishing their own brand of superheroes. Comics Greatest World is a thing that not only happened, but was something that was granted a rebooting just a few years ago. I found the comics published in that line to be ok, there were certainly worthwhile creators doing worthwhile comics. They just didn’t stick for me. I never felt the type of pseudo-weight that comes with long history, the type of stuff found at Warner and (what would eventually become) Disney. So what would I make of something like “Black Hammer?”

Heading into this series, Jeff Lemire is the known entity for me. He’s a cartoonist who I have a deep affection for, as he’s able to capture incredible character moments with an art style that I’d best describe as disarming. There’s a quiet sincerity in his work, and I find great value in that. His superhero stuff has worked out just fine, no doubt, but it’s the sincerity of works like “Essex County” and “The Nobody” that I think truly captures what he’s capable of. Now, “Black Hammer” is a series that Lemire is not drawing, and it revolves around a cast of superheroes. So, I guess more than anything I expected this to be something I gave a thumbs up and moved along. But it was more than that.

I really loved this issue.

It had everything I wanted to read in a Lemire comic: believable characterization, honest dialogue and quiet moments were all present, but done in an extraordinary way. And, of course, it mostly takes place on a farm and a nearby town, so there was that bit of “Essex County” nostalgia in there for me. The timing of the dialogue works so well, as silent panels and ellipses are placed in all of the right places, giving readers a moment to linger during the conversation. And for as exceptional as I found the narrative to be, I’d be a fool if I didn’t say that the lion’s share of my praise belongs to the work of artist Dean Ormston and colorist Dave Stewart.

The art is this issue is superb, as Ormston is able to tweak and bend his inking approach as the narrative shifts between settings. The modern day farm part of the story features characters and locations that look worn and tired. We see people with deep creases on their faces in rooms with wear and texture on the walls. Everything just looks like it’s been where it is for a good long time now. In contrast, the flashback sequences have a sort of slickness to them. There’s less texture and detail in the inks here, like they’ve been smoothed out by memory. All the while Dave Stewart is there providing muted, natural colors for our time on the farm, interrupting himself with bursts of hot, fluorescent panels to emphasize the super heroic nature of the flashbacks. The total effort of the art serves to emphasize the unspoken elements of the narrative. Ormston and Stewart do everything they can to make the bursts of memories feel like lavish, glowing oases amidst the earthy reality of farm living.

So why, when so many before it have failed, does “Black Hammer” grab my attention in a way other Dark Horse superheroes have not? I think it’s twofold. First, this isn’t really a superhero comic. I mean, it’s got powers and things of the such in it, but I read this as a the opening of a story about getting old. These characters’ best days are behind them, so what does that mean for their futures? I think the safe bet is that we’ll get to see them give it one last hurrah, but never a full return to glory. And it’s fine to see that this early in the series, as watching how each of the characters deal with that will be where the real enjoyment of the story’s going to come from.

The second reason for why I think this works is a tricky one. I mentioned earlier that understanding the parameters of a superhero story makes it easier to chew on, and Lemire is utilizing that to its fullest. For all intents, this is a cast made up of very familiar characters. We can see the amalgamations and pastiches at play, we can understand who each member of the team are loosely based on, and because of that we feel like this could be the continuation of a story we already know. As I said, this could be a tricky thing to pull off, as it can quickly spin off into something that feels lazy or disingenuous, but not here. Instead, it feels like Lemire is leveraging a certain amount of assumed knowledge on the readers’ part as a way of cutting past a whole heap of set up and first issue character establishment. It’s a smart and economic way to get a story off of the ground.

Final verdict: 8.5 – This issue gets an enthusiastic recommendation from me. I’m hyped to see how the series shakes out! 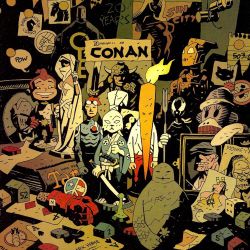 As we close out Dark Horse Month here at Multiversity, I thought it would be fun to chat with two of the men who have been with the company since the beginning. If Daniel Chabon is on one end of the seniority spectrum of Dark Horse editors, these two gentlemen are at the other. As […] 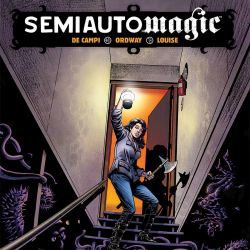 Alice Creed would be everyone’s favorite Princeton professor, that is if she ever bothered to show up for class. Instead, she moonlights as a private detective dealing in supernatural circumstances and monster hunting. Obviously, this really eats into her lecture time. “Semiautomagic” collects the first two stories of the weird investigative serial from Alex De […] 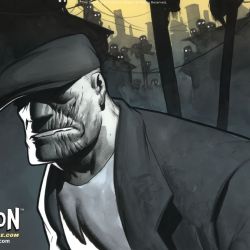 Mike and Greg close out their month of Dark Horse-focused discussions with a free-ranging conversation on the publisher’s history. How did an idea in the back of one comic shop owner’s mind turn into one of the mainstays of the American comics publishing market? What kept Dark Horse afloat when so many other companies launching […]