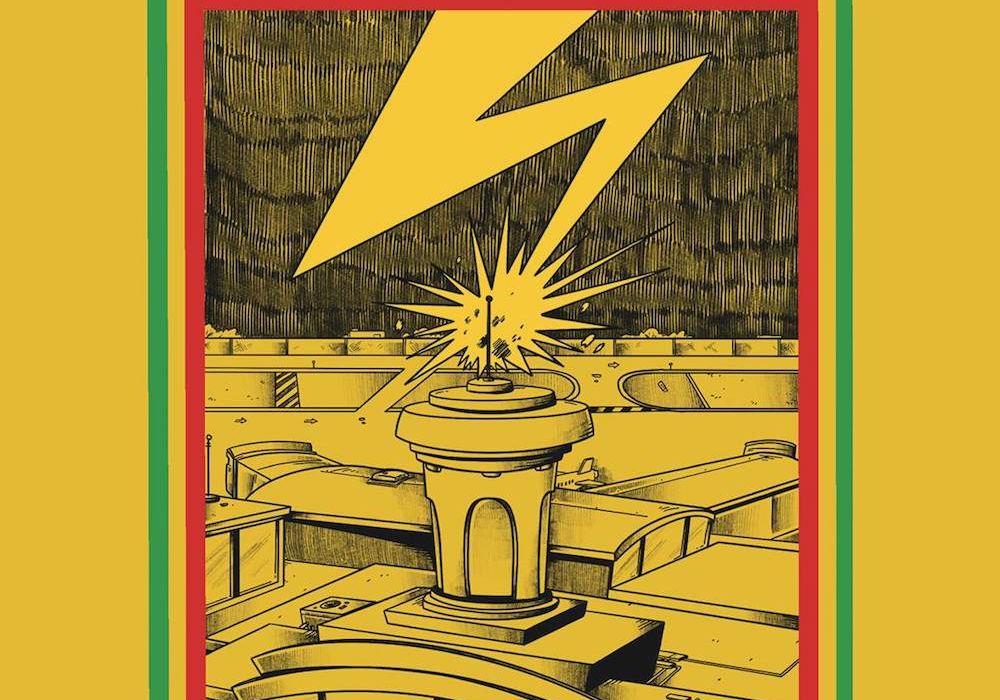 There are a lot of comics out there, but some just stand out head and shoulders above the pack. With “Don’t Miss This” we want to spotlight those series we think need to be on your pull list. This week, “Terminal Punks” releases its fourth issue and treats us to more mutant vape-flavored animal fun.

Great POV flip before a particularly nasty reveal.
What’s This All About?

An eccentric and hostile billionaire ships his exotic animal menagerie to New York, where the sedative goes off, the animals go wild (to say the least,) and a punk band dreaming of making it big has to deal with more than lost luggage in the terminal where they’ve landed.

If you’re a punk fan and/or you can remember your ill-spent youth from the ‘70s on, “Terminal Punks” is a great mash-up of references, aesthetics and monster-bashing fun. A finer scene note: it’s easy to dismiss pop punk and the punk that came after, whatever that is. I’m a Millennial whose teenage Green Day obsession was quickly tempered and expanded by a ‘70s California punk uncle, so I have a somewhat snobbish view of anything that came out after ‘85. However, the point of punk is as much the ethos as the music.

In that sense, punk is a timeless thing no matter how many people say it died – and we say it died a lot, even if no two punks can agree on what date to put on the headstone. Erman’s love letter to the genre is timeless and current, and it’s important to remember that every kid has the capacity to pick up The Offspring and The Buzzcocks and like both. That kind of discovery shouldn’t be cut off at the knees because of elitist nonsense. Erman includes some nice commentary on the scene as a whole, too, especially in D’arby’s dialogue and how she functions in the larger narrative. We also get to enjoy a more visibly inclusive punk scene with these characters – a nice acknowledgment of often-invisibilized differences in outsider communities.

Also, what’s more punk than smashing up giant mutated animals named after vape flavors? Erman’s comedy is on point here, but “Terminal Punks” isn’t afraid to explore the band’s interpersonal dynamics through rotating narrators. Each issue gives us a poignant look at the individual psyches of each friend, and the conceit works well to maintain narrative tension while revealing something special to the audience. D’arby might be the one who fronts the most out of all of them, but the brittle quality of the counterphobia is acute without being scathing. Erman’s dialogue is snappy, fast-paced and features some of the poppy back-and-forth we’d expect from a horror comedy, especially one as absurd as this.

Did I mention they're named after vape flavors?

Criswell’s cartooning is the perfect aesthetic jolt “Terminal Punks” needs to land both its comedy and some of its more gruesome moments. Characters get their guts strewn everywhere and some of the scenes are pretty grisly, but the X-eyed corpses evoke humor as well as horror. There’s always something of note in the background, too, like the comically flowered suitcase behind the severed head in the luggage carousel in issue #1.

Criswell keeps the anatomy simple, with good muscle definition for Sway, signature hairstyles for each character and gender non-conforming details for all four band members. As a gender non-conforming reader, it’s affirming to see attention paid to these smaller visual details – even if some of the dialogue is a bit on the nose – and to have each band member’s identity not be the entire point of the story. Criswell does good character design work with each of the animals as well, though there are points where the distant characters are a little too sketchy and the line too fine to support the overall aesthetic. Still, each animal has a few notable details to distinguish it from its non-mutated form – spikes on the panther tails, a few extra tusks on the elephant – and they’re great kaiju fun.

Criswell makes good use of an expansive and saturated color palette to pick out details on each character and animal that pop. The whole effect is almost acid-soaked, though Criswell doesn’t get cute with lighting effects or stippling or anything that’d break the clean cartooning on the page. Shading is subtle and action lines are sparing. Punk’s straightforward in most of its permutations, and the street aesthetic means keeping things contained, bright and fun do wonders to support the book’s overall tone.

Myers picks a tall, left-leaning font that suits the young bandmates’ uncertainties and general terror once they hit the airport proper. Criswell uses a lot of neat drawn sound effects, and there’s the occasional overlaid effect that doesn’t clash too much with some of the more imaginative booms and growls. Myers goes full bold for some of the action scenes – characters are often yelling, and sometimes the balloons feature a brightly colored outline that also sells the heightened emotion. Erman writes a touch too much in issue #1 so some of those pages are busy, but the balance evens out in subsequent issues.

Overall, “Terminal Punks” is just good fun without sacrificing meaningful character development or emotion. Kee and the band are on the cusp of making it big, and with just one more issue to go we’re hurtling toward a memorable conclusion. Pick this one up if you’re an aging punk, an ex-punk, a current punk – just pick it up pick it up pick it up! It’s cute, fun, memorable and unique.

The penultimate “Terminal Punks,” issue #4, is out this week wherever fine comics are sold. You can pick up a copy on Mad Cave’s website, and on Comixology. 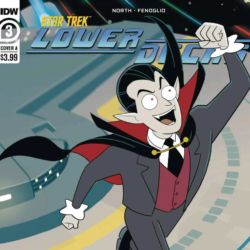 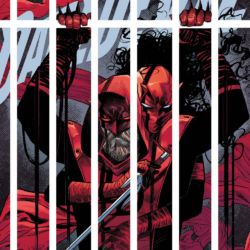 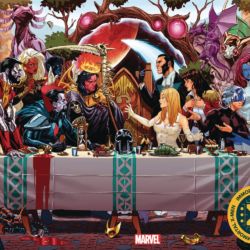