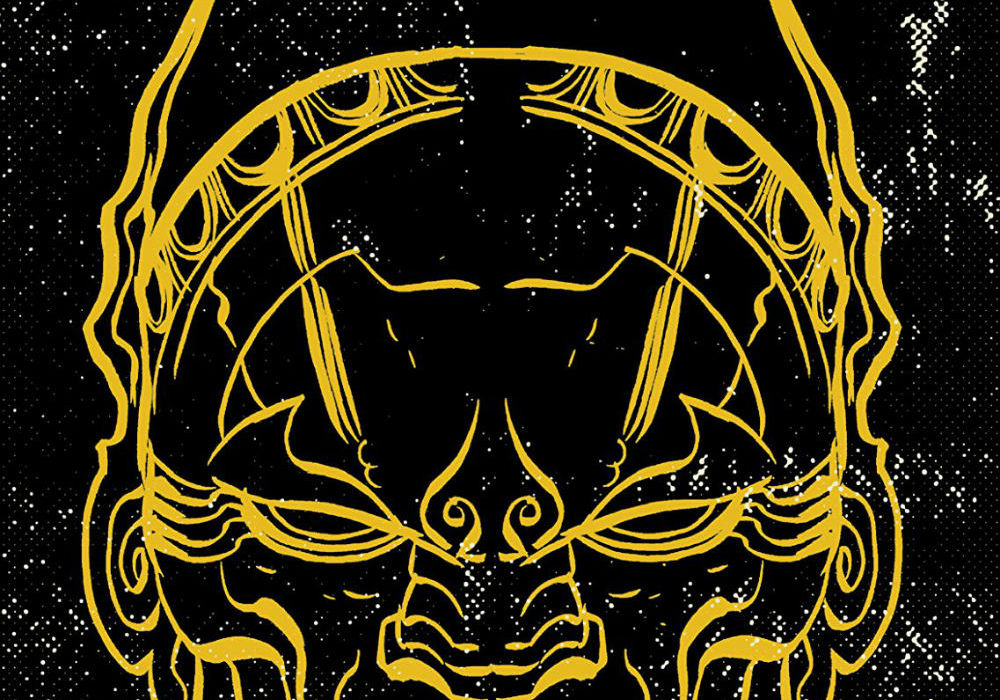 TKO Studios burst onto the scene late in 2018 with a new business model: four titles, six issues each, released in single, trade, and digital format all at once. As such, they fell out of our usual review cycle. Let’s rectify that and see if the pulp-inspired Wave 1 title is as fearsome as its title suggests. I’ll keep this spoiler light but know I’ll be spoiling issue #1, which, incidentally, is available free digitally. 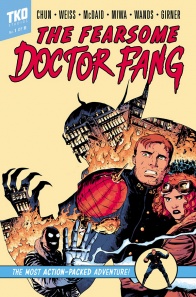 NOTHING TO FEAR…
BUT FANG HIMSELF!

In this globe-trotting adventure, a San Francisco cop and a treasure hunter pursue a Chinese criminal mastermind who is not what he appears to be.

“The Fearsome Doctor Fang” is an odd duck. The cover, the concept, and even the opening few pages hearkens back to the early days of comics, when earnest pulp reveled in the lurid, the racist caricature and where the strong-chinned, chip-on-his-shoulder main character got to act with impunity and wild abandon, got the girl, and defeated the villain. The cover to the trade even, minimalist as it is, takes its inspiration from, and plays with, the very racist cover of “Detective Comics” #1. Yet, this is clearly a comic from 2018, with a modern storytelling sensibility. It does not reproduce pulp as it was to be “authentic” but instead channels what makes pulp work in the second decade of the 21st century while reckoning with the origins of the genre.

Set in 1904 San Francisco, Nayland Kelly is positioned to be our focal character. He fits the mold, he’s certainly not without his prejudices, and has a tragic origin to his quest for revenge against the villainous and mysterious Doctor Fang. However, as the comic unfolds, as Doctor Fang and Alice Lecroix take more and more of the spotlight, Nayland is revealed not as the hero but instead as the sidekick.

He is the bumbler, the weak link, and his flaws are opened for all to see. Doctor Fang is not the villain, but instead a hero in the batman vein, believing fear is the only way to do his work properly and Alice Lecroix is more Indiana Jones than damsel or thief. I mean, just look at the title. It’s “The Fearsome Doctor Fang” not “Nayland Kelley and the Hunt for the Dragon’s Breath.”

This is a comic of upended expectations, though the underpinnings of the story are as old as the genre — think Raiders of the Lost Ark and you have the scaffolding. If you’re not a fan of those kinds of globe-trotting pulp adventure stories, this won’t do anything for you, but for me, that simplicity of plot is what makes the whole thing work as well as it does. The plot is a vehicle for the characters as well as an excuse to indulge in some good old spectacle fighting. They have a fight aboard a train with magnet gloves, this isn’t a super serious story, but it is a load of fun.

A lot of this comes down to the artwork. McDaid and Miwa were the perfect team for this title. Like I said earlier, the story may be evocative of early pulp but its execution is very modern. This is borne out through the way McDaid lays out his pages. The first issue is big and bombastic so the paneling is either simple, with few on a page, or non-traditional, with sound effects providing circular expanding borders, like a sound wave, or non-existent, like the flashback sequence for Alice in issue #3. It’s a gorgeous sequence, shadowy and disjointed, like unbidden memories, but clear and easy to follow for maximum impact.

This capable of drawing both intense action and quiet personal moments, though there are far fewer of those. The action is so satisfying to read too. It’s meaty and fast moving and always serves a purpose. The ebb and flow of fights is another strength of the comic, though I could have gone for some more introspection on the part of our main trio. Wands carries some of that through his fonts, with Fang’s masked voice sharp and imposing, while the regular font is warm but irregular, much like the comic itself.

Miwa’s coloring absolutely brings it all home though. The whole series has a feeling like it’s lit by sun and candlelight, saturated and leaning on light pastel blue, pinks, and oranges. It’s rich and fits the stylization of the story, like a Francesco Francavilla comic, though with a less intentionally limited color palette. The range she brings out is impressive, and though there are plenty of pages that rely on a color filter to change the mood, it fits and is an effective shorthand for a change in time or perspective.

My biggest complaint, however, is that the ending feels rushed, specifically with the romance angle but, then again, when has a pulp romance been anything but rushed. It works, it’s fun, and really, with as much going on in these six issues as there were, it’s set-up well enough. The arc of these characters are all fully explored, leaving us in a satisfying place that could allow for more but if this was it, would be a fine adventure for “The Fearsome Doctor Fang.” For a couple of TV writers on their first foray into comics, this is a damn fine first outing.

Final Score: 8.7 – Action takes the fore and pulp is the name of the game in this stylish and fun modern take on an old genre. Plus, Doctor Fang’s design is so cool.