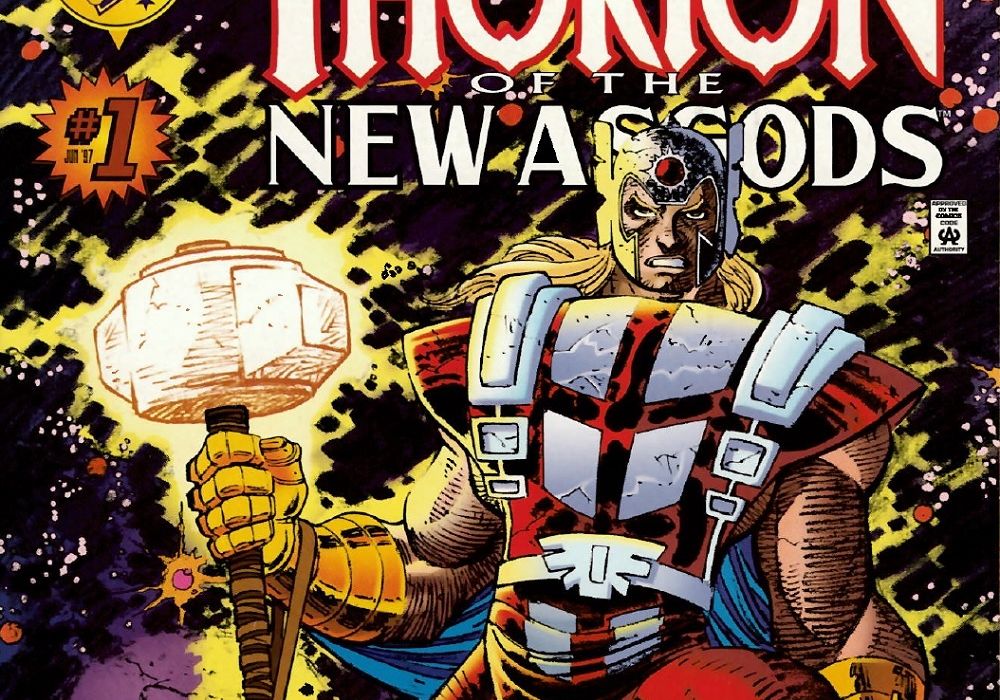 It’s been a while since we had a wholly positive review of an Amalgam Comic. The drought isn’t over this week, but the journey through Amalgam Comics continues with “Thorion” anyway. 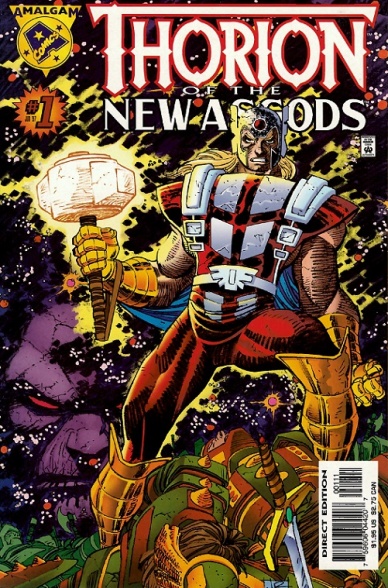 The Mash Up
Characters from “Thor” are merged with the New Gods. Some of these elements were introduced in the wave one book “Bullets & Bracelets”, but “Thorion of the New Asgods” pretty much ignores that one outside of the Thanoseid amalgam.

This is a Marvel-produced Amalgam written by Keith Giffen with pencils by John Romita Jr and inks from Digital Chameleon.

The plot
The book opens with the Ragnarok of the old gods. Asgard is under siege and some monsters breach Odin’s chamber. They go to attack and Odin… does something. With the source. The old gods change. 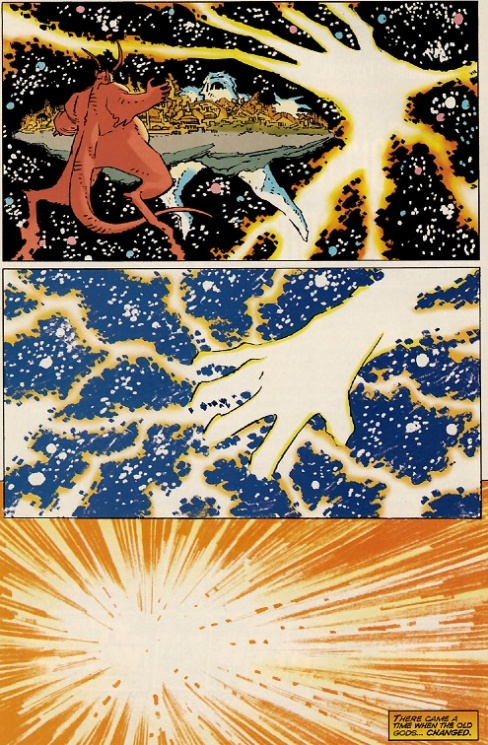 One year later, Thorion saves some ungrateful creatures from being enslaved by Thanoseid. Thanoseid is mad about this and gives his servant, L’ok D’Saad a Mother Cube. L’ok will use it to destroy his half-brother Thorion. In Asgard, Thorion is warned by Odin that Armageddon is coming.

L’ok appears before the Promethean giants, the four powers of Ragnarok. Thorion shows up too, although it’s unclear if he traveled there at Odin’s direction or if L’ok summoned him with the Mother Cube. L’ok frees the giants, but Thorion says “no!” and holds up his hammer, saying he can hold the giants’ entergy. Something happens that’s not Ragnarok.

In the epilogue, Odin is pleased. Thanoseid is not. Thorion is now a celestial.

What “Wizard” thought then
Almost nothing. The pre-release coverage was just some generic quotes from Giffen and the promise of Kirby Craziness. The post-release coverage didn’t mention it.

It was the worst-selling Marvel-produced Amalgam, beating only DC jobs “Generation Hex” and “Lobo the Duck”.

What I think now
Hoo boy. Where to start?

How about the art. JR JR has his fans. I’m not one of them. I think his artwork is too blocky and angular. Digital Chameleon does some neat effects, though. Some parts, like the hammer’s shadow in the panel below, look like they were shot straight off the pencils. They did a similar effect on the cover. 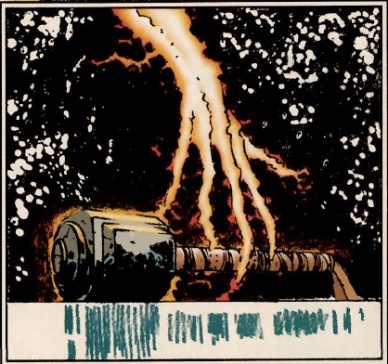 For a pairing of “Thor” and “New Gods”, I would have expected an artist with a style more in line with Jack Kirby. Oh well. If you like JR JR, then this is the kind of art you’ll like.

The story tries to be an epic, but it’s about 80 pages shy of what it would probably need to make sense. I did my best with the plot summary above, but so many things just seem to happen without build up, context, or explanation. Giffen’s capable of greatness, but this feels effortless.

I’m nowhere near my target word count, but I don’t see any reason to belabor the point. This book is 23 years old, and it sucked. I don’t recommend it, unless maybe you need some kindling and can find it cheap.