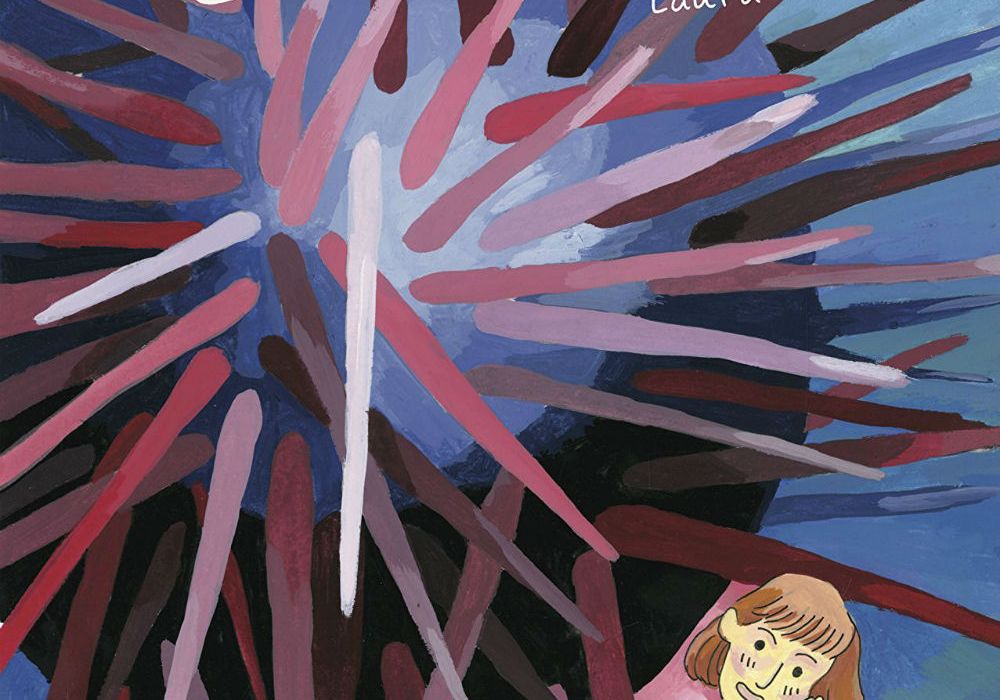 How often does one read raw emotion put to the page? How often, in the monthly, weekly, grind of comic reading and reviewing do we take the time to return to pieces that starkly recreate the artist’s mind? I certainly don’t return enough. So, for this evergreen, I’ve decided to return to an indie comic that has remained tucked away in the corners of my mind for years. Join me in seeing if it holds up. 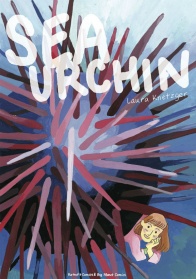 “I used to smile…

…when I thought about good things happening to other people.”

When a sea urchin lurks within your brain, how can you overcome its spiky poison to live your life? Laura takes a powerful look at creativity and depression, reflection and burdens, transmitted through her art that ranges from the mundane to the fantastical.

“Sea Urchin” is a book with a simple art style, without a plot, without a driving force, or even a central thesis. For many comics, this would be a death sentence. There is an unspoken assumption that the presence of a unifying factor, be it the structure, the narrative or the themes, is what makes a story work. Yet “Sea Urchin” works despite this lack of a unifying factor in structure or narrative.

In fact, it thrives because of it. What this comic is, is a stream-of-consciousness rendering of the author’s struggle with depression; to present it in any other way would be to temper the edges of the experience.

As I said above, the art of the book is simple and flat, with Knetzger’s character remaining mostly the same throughout. Each page, however, is brimming with emotions and ideas. Sometimes they are small, such as the page dedicated to getting a haircut, while other times they are complex, such as the page at the party, with Knetzger being boxed in by tons of empty word balloons. Some pages are detailed, rigidly paneled and screentoned while others are shakily drawn and relatively empty.

These pages, however, achieve their intended purposes. The art never undercuts the page’s purpose. In fact, many times the shifting art quality and level of detail reinforces the insecurity of Knetzger during those moments.

The book is divided into many sections, each one tenuously connected to the previous ones, not through time or narrative but simply by virtue of being something that Knetzger thought about. One could argue that the theme of depression and its cycles is the unifying factor of the book but the book does not consciously have that structure. Events do not flow easily one to the next, they are not meant to and neither are they meant to be cordoned off into separate chapters. They are, instead, tangents, connected through the emotions of the moment and the ever-shifting emotions of the author.

Visually, Knetzger represents these emotive states in different ways depending on the thought. One set of pages has a more detailed Laura staring at herself in the mirror before washing away the details, turning a nuanced, full-person into a more ambiguous, simplified version. This new dot-eyed version then smiles but there is something false, something disguised in it. It is, as the previous page asserts, only there for other people to fill in the details.

This comic is achingly truthful and meditative and filled with moments that resonated with me when I first read this and resonate still.

About halfway through the comic, there is a page, simple in its construction that is the epitome of this comic’s tonal balance and illustrates Knetzger’s page control. Panel one, which takes up 2/3 of the page, has Laura sitting in the bottom of the well from earlier in the comic, thinking how she’s at the bottom.

Our eyes are first drawn down the well to the dejected yet content Laura. From her head, sprouts the thought balloon, which floats in the screentoned void of the rest of panel one. Beneath that, is Laura, still curled up, falling into the panel below her, the well having been zapped away. The final panel is a black void, with an almost entirely outlined version of Laura falling down it, meekly proclaiming “oops.”

What makes this page so effective is its placement within the book, too. Preceding it is a page about Knetzger’s worries as an artist, whether or not she’s good or unique enough, yet reaffirming her love of art. The following page is a different form of reaffirmation, with Laura reaffirming her commitment to getting strong again, even if it is in the dark.

As I’ve illustrated, this is a complex piece yet it is not for everyone. As I said, this is a book about slices of thought, of emotions. Depression, anxiety, imposter syndrome, the life of a full-timer worker and artist, all are represented and talked about but not in explicit ways. Instead, there are impressions and poetic musings. There is much to connect with within this comic and a lot of cartooning to appreciate but for those who are looking for something less raw, I’d look elsewhere.