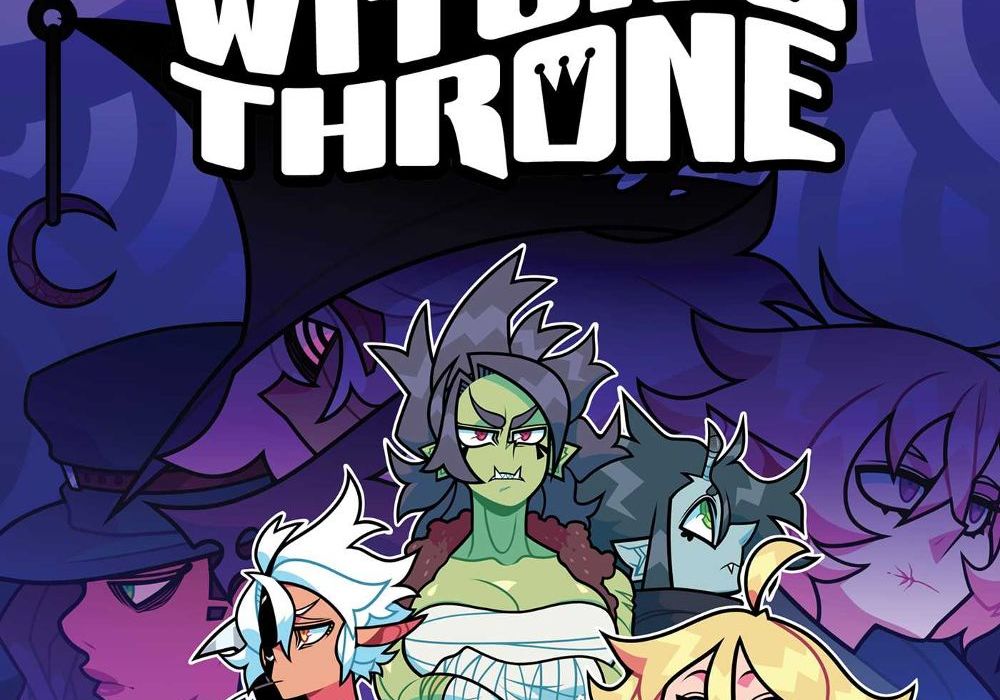 The Webcomics Weekly is back in your life, as it approaches issue #200. This week we have continuing coverage of “Lore Olympus” and “The Uniques” as well as a check-in on the season 2 finale of “The Witch’s Throne”. Hopefully it’s going better than the people who want to sit on the Iron Throne. 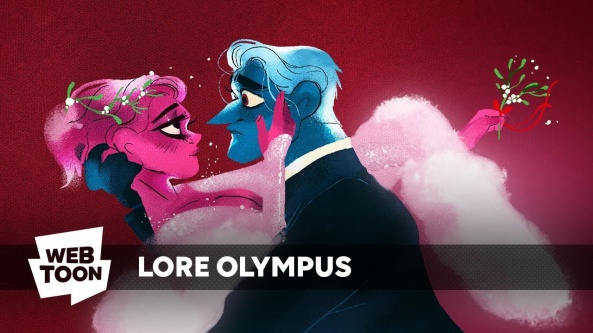 Persephone is still missing in action in the latest batch of “Lore Olympus” episodes, but we do get one killer line of dialogue from her to a passing minor character. (“The sun never touches the Underworld. It’s the perfect place.”) Hades, Artemis, and Eros haven’t had any luck finding Persephone but now Hermes is also involved and determined to stick up for his friend (and save his own skin in the process.)

Zeus is also back, trying to figure out what’s been going on under his nose and going about it in the least subtle way possible. (He basically just asks anyone he comes across what they’ve been hiding, which, yeah, not exactly the best way to get people not to lie to you, my dude.) The plot thickens in this batch of episodes, as Hermes finds out about the plot by Minthe and company to sabotage Persephone and Hera gets confirmation of Apollo’s clueless desire to marry Persephone.

Though I only read a batch of three episodes, these were packed with plot, which I appreciate. Sometimes “Lore Olympus” lingers on subplots I’m not interested in or spends a lot of time dwelling on the feelings of its protagonists. And that’s a valid storytelling choice! I have a heart of stone, though, so I rarely melt over Hades and Persephone’s half-hearted attempt at having a relationship and a friendship and an appropriate workplace situation all at once. When things are moving at a fast pace, though, I remember why I enjoyed “Lore Olympus” so much in the beginning. All the characters are active, doing things to advance the plot and serve their own interests, and episode 126 ends on a great cliffhanger, as Zeus issues an arrest warrant for Persephone and Demeter. It was a natural place to stop this week but it’s also tough because, for the first time in a while, I really wanted to keep going and find out what happens next.

Shoutout to the artwork in this batch, too, which looked more like the character designs of the early strip to me. I enjoyed seeing Artemis in her battle outfit, and always love when Hecate takes charge. I’m also curious to see if the arrival of Hera’s new assistant, Echo, means we’ll get to see the “Lore Olympus” take on the tale of Narcissus, which could be really something.

The Uniques
Episodes 19-21
Schedule: Mondays
By Comfort and Adam (art and story) Color Flats by various
Reviewed by Michael Mazzacane

Something strange happens between episode 18 and 19 of “The Uniques” the ending to the showdown in the mall is just elided in between the metaphoric gutter space. When we start episode 19 the fight is over with the Mall Goths appearing to have gotten away. The team still haven’t registered with the government (which I hope becomes a recurring gag), and deal with the aftermath. It’s a decent comic beat to start the strip on, but one that is still confusing and disorienting. It does also give us our first look at the team doing press or reasons why they shouldn’t be doing press in the first place.

The remaining two episodes in this batch of strips focuses a bit more on team bonding and Motherboard goes out on her own. The Motherboard plot is interesting since its gets them outside from behind the keyboard running coms and into the action as she sucker punches one of Mall Goths. As it turns out they may be connected to a super-rich soccer mom type, who is sadly not named Karen. It’ll be interesting to see where this line goes and if Motheboard is captured. Taking them out of the Eye in the Sky role would force the team to act more like a team in the heat of battle instead of just listening to the comms call plays.

Doing karaoke as team bonding an unwinding, makes sense conceptually. I even mostly like what the remaining strips deal with. There is some weird shifts in art style and characters changing model a little bit. The paneling and everything is a bit over determined to code the realization of infatuations between certain characters, but it’s a teen superhero book I should be here for that on some level. It just never comes together as well as I hope from quoting lyrics just enough to the limits of vertical scrolling as it relates to environmental design. Since this isn’t one of the editorial first party strips, I’m not sure if they have the capability but for the karaoke strip it’d been cool to see them play with the audio accompanist functionality found in webtoons. Making or licensing music would be hard, but it would activate the key missing sensorial note as the team sings away over pitchers of beer. A similar scene in “Sex Criminals” only works because the creative team lampshade this utter lack.

Somewhat sketchy art aside the actual character moments mostly land and “Uniques” continues to be a stirp that is a good hang. Reading these people hang out and interact is what has me most interested as the creative team continue to flesh out and develop the interpersonal dynamics of everyone. The superhero stuff is just a nice bonus.

Last time I reviewed “The Witch’s Throne”, season 2 had just started, and now I’m reviewing the finale of said season. I said that it was one of the few webcomics I thought worth purchasing coins for and I continue to stand by that assessment. While I wish Tapas did what Webtoons does, make issues free after a set amount of time, I understand the difference in business model. What was I talking about again? Oh, right. “The Witch’s Throne.”

After a lengthy season of world-building and character growth, season 2 cranked up the action with the start of a true blue tournament arc. We’ve learned plenty about how the world works, too, but mostly this has been an excuse to put our characters through the emotional and physical wringer, putting their principles to the test and their growth on the line. Prior to ‘Toxic,’ the rest of Agni’s crew had had their battles and they were bruisers. How would Agni fight and not kill her opponent? Would she die? Who would it be?

The answer to all those questions are tantalizing and going into this final arc are so pervasive that one forgets to ask the most important question: why hasn’t Agni’s new friend Mori not fought yet?

It’s a twist I didn’t see coming but made perfect sense. I was floored like Agni and filled with despair because, well, Mori was Agni’s friend. She remains Agni’s friend. And now they have to fight in the first round, before Agni’s figured out how to cheat the rules and not kill anyone. This development provides the emotional stakes for the battle and is the perfect way to close out the season.

It’s a low point for our protagonist, a gut-wrenching battle where we’re forced to question if she can hold up in such an unforgiving and brutal tournament. It seems, at first, like she won’t. And that, more than the fight, more than her losing and dying, is the most painful and stressful part of this arc. I won’t spoil the resolution but it lives up to the season finale episode’s title, ‘Despair,’ while still retaining the core message of the series.

This is a cruel world. But one does not need to be cruel to live in it or change it. 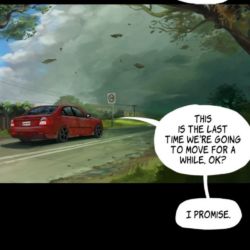 Howdy everyone! Elias here, bringing you that sweet, sweet webcomics content you crave. This week, I got the chance to review "Immaterial," which is anything but. Read on, fellow webcomics travelers! 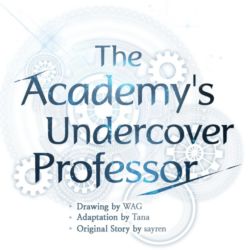 For this week’s addition of Webcomics Weekly I’ll be looking at a pair of relatively new strips, “The Academy’s Undercover Professor” and “Re-Possessed”. The first because the title intrigued me and then I read the opening quarter of the strip. The second because Yishan Li is doing the art and I am a fan of […] 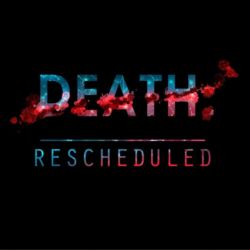 Another week, another webcomic. This time things get a little deadly, but on a delayed timescale as Mel takes a look at "Death: Rescheduled." Read on, fellow webcomics travelers, to find all this and a really snazzy logo in this issue of The Webcomics Weekly.