I never thought I would be sitting through this movie again. I barely re-watch the X-Men movies I like. But, I suppose, we all must suffer for our art. We all know it’s easy to bash this movie, so I’ve decided to try taking the high ground and point out things about it that work, or at least I found enjoyable. Then continue bashing it some more. Remember there’s a reason why it was erased with time travel.

Sitting down to watch this for the second time ever, I am finding it just as engaging as the first time around. This is one of those movies that disliked so much the first time around I can actually remember exactly where I was and who was with me during my initial watch. I had skipped seeing it on the big screen due to fan outcry. I am not the world’s biggest X-Men fan by any means. I own a few books, some of the movies, but as a self-described cinephile, I try to not see bad movies that I can’t at least laugh through or ironically enjoy. I sat down in my college apartment with friends and decided to give it a go. It was a chore to get through and I decided I never needed to see it again. Which brings us to today, about ten years later.

For starters, I actually like the opening to this movie. The introduction of young James and Victor is a nice touch. From a fan-service angle, which is pretty much what this entire movie tried to be, it is fun to see exactly how old these two characters are. What does come across as odd, is why cast two men that look exactly like one should Hugh Jackman’s father, and the other Liev Schreiber’s, and still make only one man the father of both? The entire opening credits sequence is a nice touch, if it wasn’t handled in the same tone that most of the film finds itself in. This bizarre, over-produced, *wink-wink* it all looks like comic book panel style.

Like everyone else, I’m a fan of Ryan Reynolds as a pre-Deadpool Wade Wilson. It’s what made us all realize he was the man for the job should a real Deadpool movie ever come about. Though even from the start he is a weird amalgam of the character. He’s a mutant, but hasn’t gone through the Weapon X treatment, and he’s throwing around his wit. Luckily he isn’t acting insane as that would also go against his character at this point in his life. When we get to the Weapon XI portion of this oddly represented character it’s where it falls apart. For ten years I’ve wondered what that brainstorming session was like. “Let’s take away everything fans like about this character and I bet they’ll love it.”

Hugh Jackman. The only person in this movie taking any of it seriously.

The digital effects. Good gravy. You would think this movie had no budget, or that it was the first X-Men movie released, instead of the fourth, and that the studio didn’t think it would be successful. There are t.v. shows from the same year that look better. Those CGI claws. The bathroom mirror scene looks nearly identical to more than one scene out of Who Framed Roger Rabbit? The entire movie has moments where items don’t interact properly with the real world and it is jarring every time. Which leads me to:

The look of the entire movie. The bright ultra focus and terrible cinematography screams immaturity and ineptitude. It also allows for every poor digital effect to be shown in full light. The cameras and cast are definitely where they dumped the money.

The terrible early 2000s stunt casting. Filling out the cast with a slew of people who just happened to be really popular at the time, and Kevin Durand. What we get are some truly solid actors over-acting to the Nth degree, spewing awful one-liners, and melancholy nonsense for two hours. And why oh why is Will i. am in this movie?! Danny Huston is always just Danny Huston in everything, even that time he was a vampire and while casting him as a younger Stryker makes some sense, in no way does that man age into Brian Cox. Huston is 6’2″ and Cox is 5’9″. That is some serious body shrinking due to old age. Dominic Monaghan is wildly underused, which I’m sure what due to his LOST shooting schedule. Taylor Kitsch is not the worst choice for Gambit, but that Cajun accent isn’t thick enough and he shows up too late in the movie for anyone to care. And keep Liev Schreiber away from any scenery chewing characters. This is one of his worst. This casting, like most things in this movie sound great on paper and falls apart upon execution.

The writing. David Benioff has worked on some truly great things, but his resume isn’t huge and he clearly had some growing to do at this point. Co-writer Skip Woods has been a part of some of the worst movies I’ve sat through in recent years so that explains a lot as well.

Gavin Hood. Who let him near this? He had/has done nothing of note, and what he is known for isn’t good either. How did he get this job? 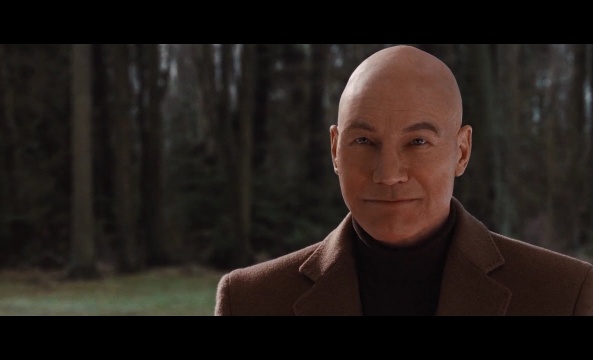 I always try to be open minded with movies. I am a lover of films, I like plenty of “bad” movies, but I hate this movie. While it is not the worst comic book or action movie ever made, its failed potential makes it that much more frustrating a watch. We must all just be thankful that James Mangold swooped in and gave us both a good Wolverine movie and a great one. I have many other problems with this movie and I’m completely surprised I willingly wrote this much about it, and I could keep going, but let’s cut it off here.