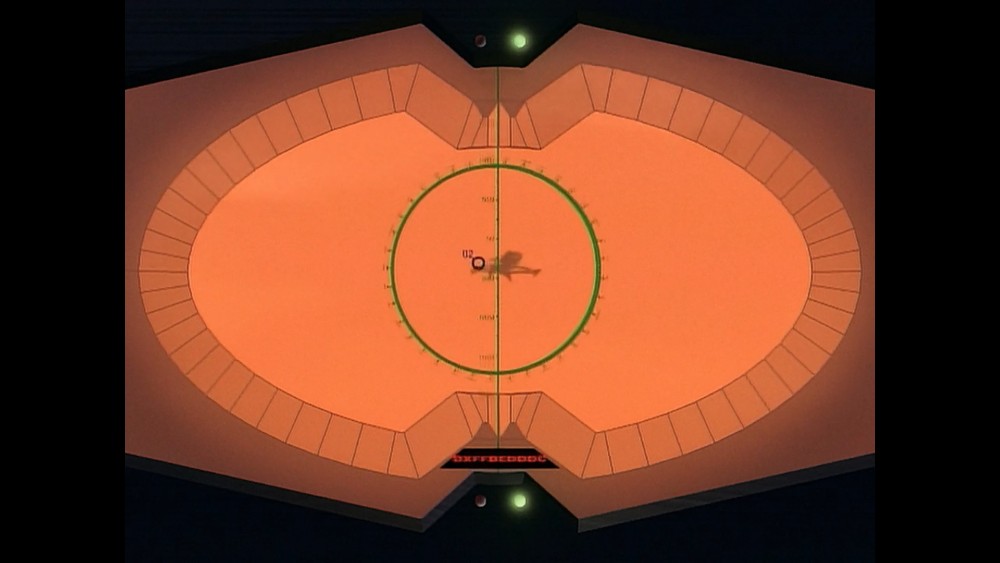 The final battle for Earth is here, Marcus searches desperately for hope, and President Clark takes drastic and desperate action to hold onto power. Welcome my friends. This is the story of the last of the Babylon stations. The year is 2261. The place: Babylon 5.

It’s been a long time coming, nearly half a season in fact, or three seasons if we’re taking a long look, but we’ve reached Sheridan’s last push to free Earth from Clark’s reign. Considering how important this battle is, and how many moving parts there are, this had all the makings of a potential two-parter, though in the end we got it as a single episode; an episode jam packed full of both big space battles and clever guerilla spy tactics, but a single episode nonetheless.

We have Garibaldi, Franklin, and Lyta breaking into Martian bases to stop their defences. We have smuggled shadow telepaths to take out the internals of the EarthGov fleet. We have a full frontal assault by Sheridan’s human forces while the League of Non-aligned worlds hangs back in reserve. We have ships jump-gating mid-atmosphere and others having to fight satellite defences as well as a relentless fleet. And that’s just the war specific stuff on the Babylon 5 side!

I love how big and bombastic it all feels without losing sight of the actions of the characters within the battle. It adds a personal touch to the battles without taking away the adrenaline created by pew pew lasers. The fights feel weighty and meaningful because of past events but also because of how they’re handled in-episode. It’s also not too clinical or germane, essentially sitting between the technobabble of classic Star Trek and the pure cool factor of Star Wars, which is the exact sweet spot this show excels at inhabiting.

2. Ethics? In My War? It’s More Contentious Than You Think

One of the biggest questions of this season, for me at least, has been what did Sheridan want with the Shadow telepaths and the ethics around using them. Much of this suspicion has been tied into the framing of things from Garibaldi’s perspective and from Franklin’s own objections. Is there a difference between what Sheridan and Franklin and Lyta did here – deploying these telepaths as weapons of disruption – any different from what the Shadows did?

On a particular level, no, not even close. These people were kidnapped, modified, and forced to pilot ships and be nothing more than mindless weapons for the Shadows whereas here they were released in a targeted manner to disable ships but not kill, not destroy, and were simply woken up and kept restrained by Lyta. However, they were still forced against their will to fight in a war not of their choosing and had to be controlled.

It’s a thorny ethical dilemma and while it’s brushed away a bit here because there just isn’t the time to get into it, I’m excited to see this conversation continue since, well, they still haven’t solved how to remove the Shadow tech from their heads. Though, maybe it’ll be resolved next week, since Franklin kept mentioning them needing Earth technology. I guess we’ll just have to wait and see.

I really liked J. Patrick McCormack’s performance as General Lefcourt. He brought an old-school style of acting to the character, which was perfect for an old-school sort of character. He’s one of the reasons I kinda wish this was a two-parter, as it would’ve given more space for the back and forth battle of wits Lefcourt was clearly meant to be participating in. 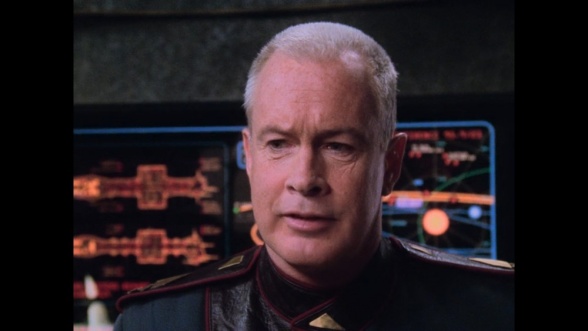 He looks a bit like Neil McDonough aka Damien Darhk, doesn't he?

We get small glimpses of him outsmarting Sheridan only to be outsmarted in return but it’s all a bit of a wash as the dominos fall far faster than he could anticipate. Despite me saying this was a battle, it’s pretty one-sided, though not TOO one-sided. I just have to wonder what we’re meant to take away from this character.

Unlike General Macdougal, Lefcourt’s loyalty to the institutions he is obligated to protect supersedes the morality of those institutions. He’s really old-school in every sense, even down to his role in the narrative. Sheridan respects him and Lefcourt respects Sheridan. Lefcourt doesn’t believe in Clark’s vision but because his job is to defend the seat not the sitter, he will defend the institution until told otherwise. Considering much of the thrust of this season has been running on the theme of acting with your conscience when you are being told to do unethical things in the name of your nation/species, this respect for pure duty is odd.

It’s not, however, antithetical to those themes. We are shown a contrast between Lefcourt and the zealot generals who fought Ivanova last episode and Sheridan at Proxima-III . We see the difference in their loyalties and why one is better than the other. I guess we just didn’t get enough time to really explore how far Lefcourt would allow things to go in the name of loyalty.

Would he have allowed Clark to fire the missiles onto Earth? Would he have surrendered to Sheridan upon defeat? Could he have been convinced to switch sides by Sheridan or clarified his reasoning? We’ll never know because the situation changed and Earth recognized Sheridan no longer as an invading fleet but a defending one, thus turning Lefcourt and Sheridan from enemies to allies. I still don’t know how I feel about this choice but it’s left me chewing on my discomfort, which is what all good art should do.

I wondered in “Between the Darkness and the Light” if Ivanova would die. I suspected she survived beyond this season but with no inkling on how. Honestly, I thought they would save the final, desperate fight to save her life for next week, seeing as it’s the final episode of the season that was supposed to happen in s4, something I’ll talk about in detail next week. I was wrong because Marcus’ entire plot this week is him trying to find a way to save Ivanova, no matter the cost. A cost he is more than willing to pay.

No, there’s no deal with the devil or, I guess, the Drakh. Instead, we get a throwback to one of the stronger season one episodes, “The Quality of Mercy”, and the healing machine that was used to save Garibaldi after he was shot. I love these bits of long-term continuity coming back to play in vital ways but without them being forcibly reinserted. Like, I’d totally forgotten about this machine but there were reasons it was only used once or twice and those reasons aren’t magically solved in “Endgame.” 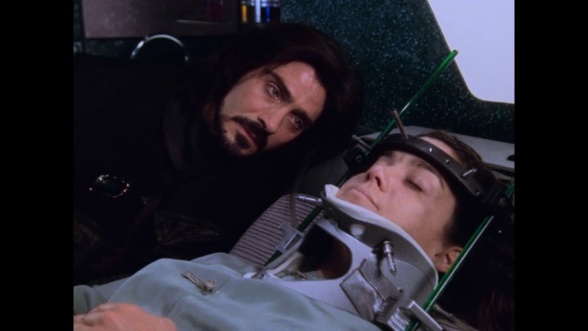 You're not dying. I'm dying.

The final shot of the episode is of Marcus, attached to the machine, while the last bit of Franklin’s record related to the dangers of the machine plays. It’s a haunting way to end the episode and so deeply sad. It’s an excellent way for JMS to remind long-time viewers, and introduce to newcomers, why we haven’t seen this miracle machine since it was used on Garibaldi while also breaking our hearts over Marcus’ reckless sacrifice. Break out the tissues because next episode is definitely going to be a sad one.

5. The Long Nightmare is Over

And so, with “Endgame,” it’s over. President Clark is dead. Earth is safe. And things are starting to return to a sense of freedom. ISN is able to report real news again, starting with how they were all jailed as political prisoners after Clark’s declaration of martial law, and it seems like the institutions of repression are starting to be dismantled. It’s a rosy picture and, honestly, it’s the right picture to paint in the immediate aftermath of the end of something as traumatic as Clark’s regime, and the aftermath his final, last ditch attempt to burn down the institution (and the world) on his way out.

I could sit here and talk about how things never repair themselves this fast. How holdovers from the previous regime go to ground with the worst of their beliefs, hiding behind empty platitudes, or simply remain entrenched in the structure of government. How terrible laws, policies, and systems are difficult to remove, especially when subsets of the ruling body secretly or overtly support their less than moral aims (see: ICE or corporate tax rates.) However, this would miss the point of that ISN news broadcast and the actions taken directly after Clark shot himself.

The point is to have optimism and hope for the future where once there was none. It is now possible to dream again, rather than being forced to fight tooth and nail to reach the bare minimum. It is the perfect time to have boundless, reckless optimism because that is what you do in the moments after a monumental success. Reality may be cruel and difficult but if that’s the only thing we see, we’ll never allow ourselves to look towards a bright future and say “There. We can get there. We can build a better world for all.”

That about does it for now. Join me again in a week for the second to last episode of season 4, the return of our Bester friend, and the return of the questions of what do we do from here on the station where everything changed in the year of destruction and rebirth.

Franklin: – “I assume that you worked out that longitude-latitude thing. I know you get confused sometimes.” 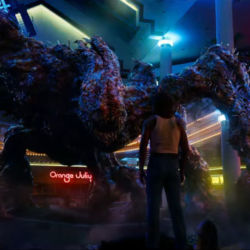 Five Thoughts on Stranger Things 3‘s “The Battle of Starcourt”

Welcome to this week’s installment of the TV Binge of Stranger Things, looking back at the season three finale, released July 4, 2019:“Chapter Eight: The Battle of Starcourt”Written and directed by the Duffer Bros.On this episode, Hopper, Joyce and Bauman head below the mall to destroy the Soviets’ device, and close the Gate once and […] 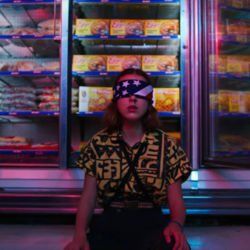 Welcome to this week’s installment of the TV Binge of Stranger Things, looking back at season three, episode seven, released July 4, 2019:“Chapter Seven: The Bite”Written and directed by the Duffer Bros.On this episode, the Mind Flayer’s fully grown Spider Monster form attacks El at her home, forcing her to flee with her friends, and […] 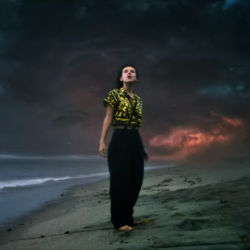 Welcome to this week’s installment of the TV Binge of Stranger Things, looking back at season three, episode six, released July 4, 2019:“Chapter Six: E Pluribus Unum”Written by Curtis GwinnDirected by Uta BriesewitzOn this episode, El rescues Nancy from the monster composed of Tom Holloway and Bruce Lowe’s remains, and then sets out to find […]