Last Monday I watched my first episode of Gotham. Or, I watched the last thirty minutes while waiting for my DVR to record Monday Night Raw so I could fast forward through the commercials and matches. It was a whirlwind of an experience for me, mostly because I forgot that one of Fox’s most prominent shows was a Batman origin story that barely anyone talks about. Not only is this a TV show detailing what Gotham City was like in the years before the Caped Crusader took to the streets, but it’s also a TV show that should have died a long time ago. Because Multiversity Comics has barley been covering Gotham since season 1, editor and scourge of my life Brian Salvatore tasked me with recapping the show’s third season. Apparently our entire staff was in a game of chicken where whoever watched the show first would be forced to write about it for eight or so months.

Since there are already so many other sites that do recaps for Gotham we thought it’d be fun if I refused to do any research for this show, other than the frantic Wikiing I did when watching last Monday’s episode. So, in order for anyone who hasn’t watched the show to keep up with our hijinks, here’s an FAQ of what the series has been about thus far. 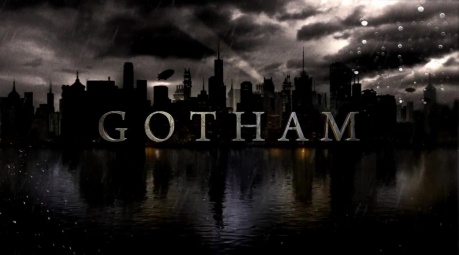 Gotham started as a show about Jim Gordon, before he was police commissioner, investigating the deaths of Thomas and Martha Wayne. As part of his investigations, he befriends a young Bruce Wayne, the gruff Alfred Pennyworth, and street urchin Selina Kyle, the future Catwoman who was a witness to the Waynes’ deaths. While investigating the crime that would eventually lead to Bruce taking on the cowl, Gordon also investigates the criminals (a young Penguin, Riddler, etc.) who would morph into the supervillains The Dark Knight grows up to face.

Gotham morphs into a surrealist nightmare of a show by the time it reaches season three. Last week’s premiere “Better To Reign In Hell” included three major things I can remember.

– Jada Pinkett Smith’s character Fish Mooney, who used to be the crimelord of Gotham City before she got axed, has apparently been resurrected by Hugo Strange (played by BD Wong which is actually great casting) with superpowers. She’s now taken on young Catwoman as an apprentice for her small army of Strange’s experiments.

– Gordon fights one of these experiments who looks a lot like a vampire. They eventually push each other out a window only for the vampire looking guy to stretch his bat wings and reveal that he’s Man-Bat.

– Selina’s friend, Ivy Pepper, was attacked by one of Mooney’s henchmen who has the power to accelerate’s someone’s age. She was thrown into a pipe and is presumably going to come back aged up. She used to look like this.

What’s that got to do with anything?

The producers are aging up Poison Ivy so she can use her seductive powers without it being weird.

Isn’t it weirder that Poison Ivy is going to be using her seductive date rape powers while she’s a twelve year old in a twenty-eight year old’s body?

Wait, why is Poison Ivy going to be her grown up villain self while Bruce is still a kid?

I’m not totally sure. To be fair, this has been a problem throughout the show’s run. The show’s existence predicates on the idea that Bruce isn’t Batman yet and can’t be Batman unless they do a fifteen year time skip or something. Still, as a super hero property in 2016, Gotham is still obligated to include the supervillains that fans love.

Ok, that reasoning makes sense. Especially for the villains you mentioned: The Riddler, Penguin. It makes sense for those guys to be up to no good before they take on their costumed personas. It’s not like they’re bringing in The Joker. 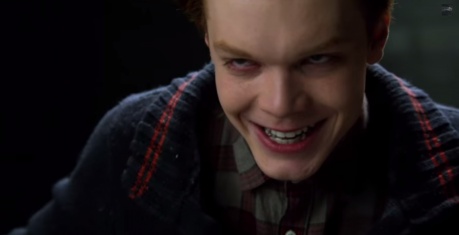 The good news is that’s not The Joker. It’s Jerome. He was an inmate at Arkham who was incarcerated for killing his mother. He escaped and went on a crime spree with Jim Gordon’s ex-wife where he killed a bunch of people, including Gordon’s new love interest and the deputy mayor of Gotham. Jerome held an entire room of people hostage while demanding Bruce Wayne but was quickly killed by one of his teammates, who was also the mayor of former mayor of Gotham. Even though Jerome doesn’t grow up to actually become The Joker, his actions (which included laughing in front of a camera and not much else) inspired copycat killers among Gotham, one of whom is bound to grow up to become the actual Joker.

There’s so much to unpack in that paragraph.

Yeah, she went crazy and is now one of the show’s major villains. She works for The Penguin right now.

We shouldn’t even try to get into that, right?

So if the mayor killed Jerome is he like a regular character? One of Gordon’s allies? 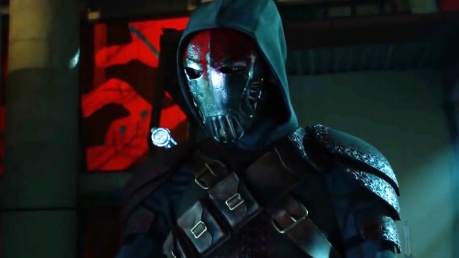 Okay, you responded with a picture of… Azrael? Azrael’s in this show? What does that have to do with the may- OH GOD

The Mayor of Gotham City turns out to be Azrael.

He’s a descendant of the Order of St. Dumas who’s masterminding the events of the show so his family can finish off the last of the Wayne Dynasty(?) He gets blown up by a rocket launcher.

He’s not the only ancient conspiracy on this show out to kill Bruce Wayne.

What other ancient conspiracy could there be? 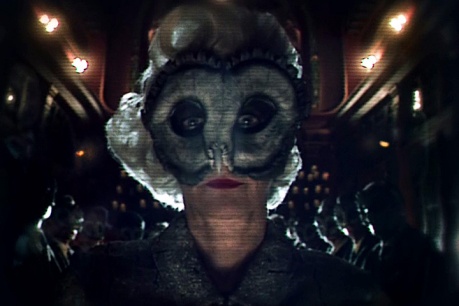 That’s the Court of Owls ain’t it?

Yep. I’m not entirely sure what they’re doing but at the end of the last episode they had an assassin knock out Alfred and kidnap Bruce Wayne. They, in conjunction with Hugo Strange, have also created a clone or some kind of body double for Bruce Wayne that’s wandering around in 2007 Jared Leto hair.

You’re making this up.

I wish I was but this is what happens when a TV show goes on for 2+ years without anyone paying attention. But we can stop that if you read my recaps for season three, which are going to start in about 30 minutes.

You have no choice. You’re my creation.