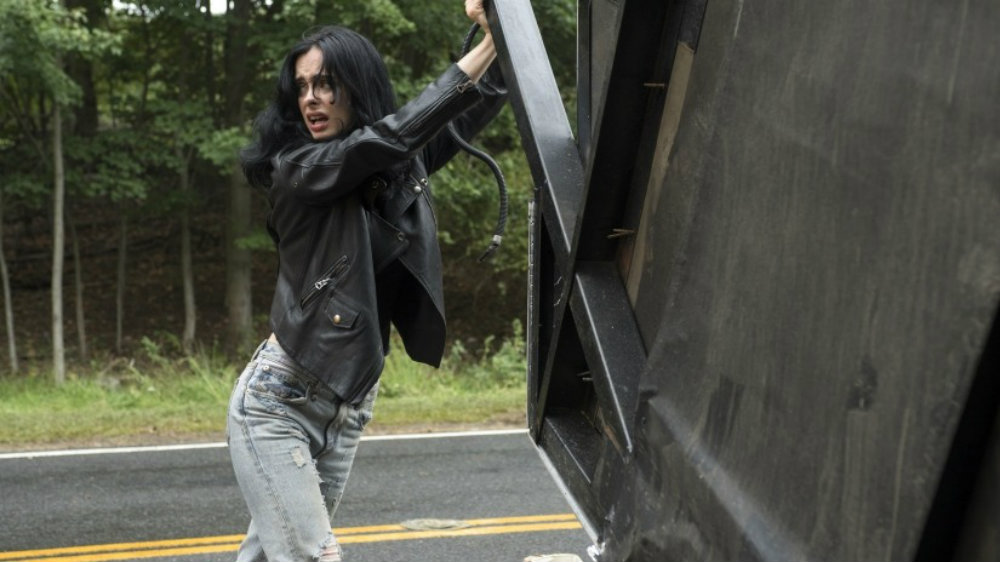 Going into its second season, Jessica Jones was probably the series with the biggest question mark. Jessica Jones is not a character with a long history so it will be interesting to see what the show chooses to do and be. We’re finally at it: the season finale. The plot all gets put together nicely with one big tease at the very end. Let’s jump into this but be warned, there are spoilers throughout.

1. Echoes Of The Past

Alisa has taken Jessica and her plan to get them both out of the country so they can start life anew without all the drama that has transpired. She’s taken Jessica forcibly but thinks she can persuade her to join her anyway. Alisa believes that Jessica is her antidote. She believes she’s the only who can keep her from losing control and that is what finally pushes her to just kidnap her this way. As they bicker and figure out what’s next, they watch a family in a car next to them having a great time and they both realize what they’ve lost and have been trying to recapture since. As they keep driving, that family gets into a car accident that has the fire power behind it to make the two of them remember what happened to them. They jump in to save the day and there’s even an explosion and almost missing mom to completely have this mirror what happened to them over a decade ago. The whole thing gets them to a place where they bond more and it makes Alisa want to become a superhero with Jessica helping her. She gets it in her head that now she wants to help people and a reluctant Jessica kind of playfully goes along with it at times. Because the season was taken up by this giant single narrative, this episode has a lot of time and not a lot to cover so it fills a good chunk of time with this. This whole thing came off so neat and corny for this show. It really took me out of things because it was absurdly on the nose but these are the things that happen when there isn’t enough to carry thirteen episodes.

After Jeri seemingly got her revenge (we never actually find out what happened to Inez and Shane), she turns her attention back to her former law firm partners. She walks in to a meeting with them, completely ready and loaded with ammunition. Who did she get this ammo from? My sweet, beloved Malcolm. He’s left Jessica Jones and Alias behind and finished this job since she dropped it. Jeri goes to her partners and tells them all that she knows. She knows about their dirty money and their secret love lives. She threatens them with this information and tells them that she wants her client list (including Rand) and a bigger sum of money. She warns them to not take this lightly because as she points out, she’s dying and she has absolutely nothing to lose. Jeri gets all that she wants and starts up her own law firm. Jeri’s story arc this season wasn’t completely without a point but it still feels really disconnected even when Malcolm joins Pryce at the end. It felt like a different show that only tangentially went with what was happening with Jessica. I also don’t actually believe that Jeri has learned anything this season. Her tactics against Inez, Shane and her former partners could be argued as justified but they still came off incredibly cold and calculated, exactly how Jeri was in season one. There will be a season 3 but I wish any change in her was sold to me harder because I don’t buy it.

Alisa and Jessica continue to run towards the border and after a scuffle with the cops (who found them after following Oscar), they end up at Playland, an actual amusement park that I have actually been to. Alisa and Jessica end up riding a Ferris Wheel, a very important thing in their relationship. Alisa talks to Jessica and tells her that this is it for them, because this is where she’s decided they part ways. Alisa tells Jessica how capable she is and how being a hero is not a bad thing but the conversation is cut short because Trish shoots Alisa!!! Trish realizes of all the places they could be, Playland would be the place and she very suddenly shoots Alisa in the head and it immediately kills her. Jessica is horrified and lunges at Trish but ultimately lets her go. The cops descend and Costa believes Jessica did this and tells her that she did the right thing. All the time this interaction with the police is happening, Jessica sits there, horrified and completely shaken to her core. This is a fantastically acted scene by Ritter and I almost cried. It was heartbreaking and chilling and at this moment it truly felt like anything Jessica Jones had left was really gone. Trish shooting Alisa is also something that completely breaks that relationship. I cannot conceive of a world where Jessica can forgive her. This season was messy but this was genuinely shocking because if what Trish did to Malcolm wasn’t enough to make you hate her, this had to be it.

4. Not Quite Happy Endings

After all is said and done, we see all the endings for the characters. I already mentioned what happened to Jeri so let’s jump into what happens to Malcolm. After helping Jeri with her blackmail, Malcolm takes a job with Pryce Cheng at his firm. He has begun to move on completely from Jessica and when they pass each other in the hallway, they can’t even look at each other. Malcolm moving on was for the best and although it won’t stick, I want this for him. He’s cleaned up and he’s got a good gig that appreciates his skill set. Good for him! Trish on the other hand, decides to go visit Jessica but Jessica wants nothing to do with her anymore. She tells Trish that anytime she sees her, she sees the woman that killed her mother. She doesn’t see her sister anymore and only sees this tragic event she was forced to witness. Trish refuses to acknowledge this and still believes that she did the right thing. No matter how you feel about whether Alisa needed to die or not, it still completely sucks that it ended up being Trish that did it. Like Malcolm, I don’t see this animosity sticking but I really hope it does. I cannot see a world where Jessica just becomes okay with this and accepts her back into her life. I still can’t see it when we’re teased with Trish catching her falling phone in slow motion with her foot. It looks like my prediction was right and that Trish might have some kind of abilities. Her comic book counterpart is not overly powerful but is a little enhanced, which is what it looks like we’re getting with TV Trish. I would be way more into this if Trish had not become absolutely unbearable to watch this season and I wasn’t mad at her for killing Alisa. Lastly, and the most hopeful note, is Jessica ending the season by going to Oscar’s apartment to have dinner with he and Vido because she’s got a standing open invitation. She sits down with these two and talks about her day like a normal person. Over two seasons, Jessica Jones has lost everyone around her but has allowed to herself to open up enough to still let people in. This end scene shows us that yes, the trauma is there but she deserves happiness and she might have just found it with Oscar and Vido. It’s extremely cute and I really love that this is the note the show leaves us on.

Jessica Jones season 2 was a mess but there were things in that really worked. I still love this character and any time Ritter is on screen, there’s magic. I really came around to the romance between Jessica and Oscar and I thought Malcolm’s arc was interesting. I’ll say this one last time, the Marvel Netflix shows could do so much better if they let go of the season long plots and embraced the episode count with some one offs. Daredevil and this series are the two shows that have that built into who the characters are. One is a lawyer and one is private investigator. It’s right there yet we get these long and often times dragged out stories that just get messy and convoluted. Next season, Jessica Jones will have a big uphill battle to make us care about Trish again and hopefully, we’ll get an actual antagonist and the show will use the thirteen hours it has to better effect. I love the idea of these shows being adult aimed dramas but we need to bring variety to that. These shows all feels so similar and that’s a very bad thing. I want more for these shows and this part of the MCU. 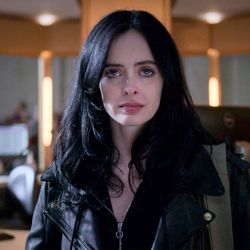 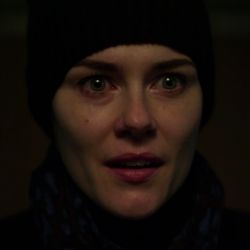 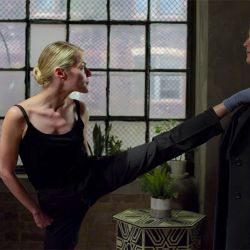