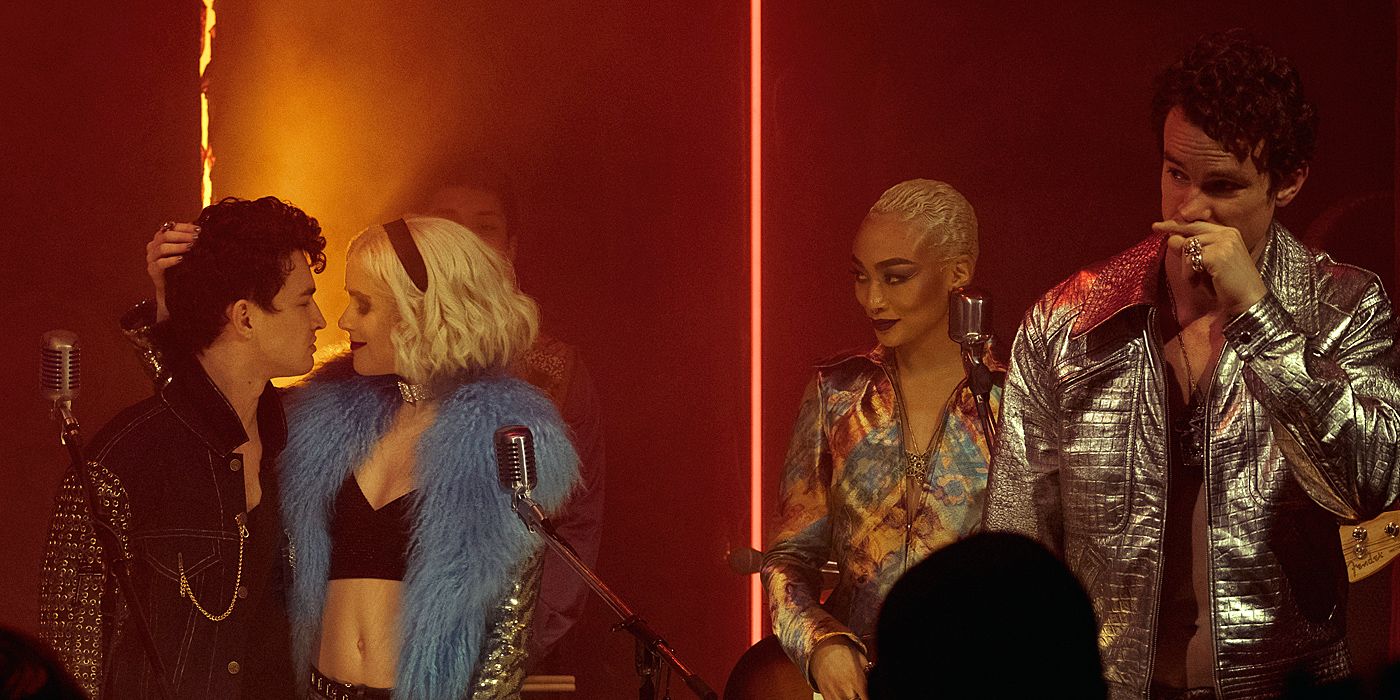 Welcome one and all to Multiversity’s very own ‘Witching Hour,’ in which we take a look at Netflix’s Chilling Adventures of Sabrina. Join me this season every Monday for my recap the show’s final season. This week, we dive into familiar territory as the dead come back to life.

This week, we start things off with a sad Sabrina. She’s lamenting the disappearance of Sabrina Morningstar. When Nick asks her to come back to bed saying he’s cold, she responds by saying “Maybe Sabrina Morningstar is cold.” It’s a little over the top in my opinion, but I guess it shows that Sabrina is truly worried about her infernal self. While Morningstar is off dealing with The Cosmic, the rest of the fright club must deal with a new Eldritch Terror, The Returned, a surge of resurrected individuals that are manifestations of the Terror. Dorkus returns to a mad Agatha, Dr. Cee’s mother returns to terrorize Hilda, and more including Edward Spellman and Zelda’s familiar. Harvey also deals with the Eldritch Terror. He gets a rad guitar, and starts to play it. The moment he does, we cut to an 80’s style heavy metal band called Satanic Panic (aptly named), who we later find out made a deal with Lucifer but were subsequently burned alive.

2. Battle of the Bands

It wouldn’t be Sabrina without some teen bands and what better way to exemplify that than with Baxter High’s very own Battle of the Bands. The Fright Club is bullied out of the band room by some chumps called The Stone Philosophers. They’re quickly dispatched by Satanic Panic. As it turns out, Mr. Kinkle was a part of Satanic Panic and ratted them out after they killed an innocent girl. In a hilarious flashback, Ross Lynch portrays a young grungy Mr. Kinkle. In the present, Sabrina goes to Hell to ask Lucifer to call Satanic Panic back, a request he vehemently denies, saying he is still a fan of their music. Despite the dark character he portrays, Luke Cook’s Lucifer continues to be great comedic relief. Because Satanic Panic killed the Stone Philosophers, Baxter High cancels the battle of the bands. Lucifer, however, welcomes the violence and decides to MC the event himself. Satanic Panic kidnap Mr. Kinkle and threaten to kill him if Fright Club doesn’t face off with them in the battle of the bands. In order to be a contender Fright Club needs Robyn. After self-exiling for a matter of half an episode, the hobgoblin is back to help save the day.

3. Sweet Child of Mine

Knowing that the Fright Club isn’t up to the standard that Satanic Panic is, Sabrina decides to intervene (big surprise there), and she Nick, Prudence, and Ambrose form their own band, Dark Mothers, to challenge Satanic Panic. They use their magic to bring back the girl who Satanic Panic sacrificed so she can enact her revenge on the heavy metal band. Once again, Satanic Panic is burned badly, all while Dark Mothers cover the song “Sweet Child of Mine.” And dontcha know it, they win! Harvey’s dad is saved and the day is won. Theo asks Robyn to remain with them in the mortal realm, and completely undermines the last episode’s subplot, proving the show really had no idea how to use its supporting cast, in any substantial way. And that’s a shame because the actors are pretty great. They just unfortunately didn’t have a lot to work with.

4. Madam Satan is Back

Speaking of subplots and wasting actors, let’s talk about Michelle Gomez. Lilith has been one of the most fascinating characters to watch. Her arc has also been one of the most frustrating to watch. She was sidelined as the series’ main baddie back in season two when Luke Cook’s Lucifer took center stage, and has stuck around there since. This season especially, Michelle Gomez wasn’t really given much to do, until now. Having lost her mind and her powers, Lilith was essentially broken. She was so low, that she asked Caliban to bring her a weapon to kill herself. Caliban happily obliges and brings her the Spear of Longinus, the same spear that killed Jesus. Zelda stops her from killing herself and tells her they’re all being haunted by the Returned. She explains that Mambo Marie is playing a game of Senet against Lazarus for the fate of the walking dead.

Mambo Marie has been a fun character to watch develop. Part of the new Weird Sisters and Sentinel. Her introduction last year was extremely important as she not only helped Prudence, but Zelda in her own time of need, to refine their coven into the Order of Hecate. Her magic was non-traditional, and actually seemed to be stemmed in reality. Just as Mambo Marie is about to lose to Lazarus, Lilith arrives and asks him to return Adam to her. He refuses and for that Lilith kills him with the Spear of Longinus. Mambo Marie thanks Lilith, saying she is owed a boon. Mambo Marie returns to Zelda and tells her she hasn’t been honest, she’s not Mambo Marie, she’s actually a loa of Haitian Vodou, Baron Samedi. Samedi is a loa of the dead and must ferry all of the souls of the returned back to the dead. Marie tells Zelda that she would come if Zelda needs her, but must go. She leaves Zelda’s familiar behind in one last act of love.

As for Madam Satan, A voodoo doll appear on her mantle just as she was going to toss the spear into the fireplace. And the episode ends.

That’s it for this week folks. With two episodes left, it’s hard to say how this thing will wrap up. Join me next week! 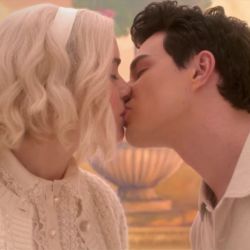 Five Thoughts on Chilling Adventures of Sabrina‘s “Chapter Thirty-Six: At the Mountains of Madness”

Welcome one and all to Multiversity’s very own ‘Witching Hour,’ in which we take a look at Netflix’s Chilling Adventures of Sabrina. Join me this season every Monday for my recap the show’s final season. This is it, the final episode. Let’s dive right in. Warning, spoilers ahead. 1. Into the VoidLast we left off, […] 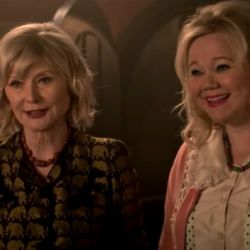 Welcome one and all to Multiversity’s very own ‘Witching Hour,’ in which we take a look at Netflix’s Chilling Adventures of Sabrina. Join me this season every Monday for my recap the show’s final season. With the penultimate episode of the season upon us, Sabrina Morningstar must navigate her way through an alternate universe. 1. […] 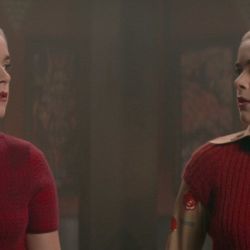 Welcome one and all to Multiversity’s very own ‘Witching Hour,’ in which we take a look at Netflix’s Chilling Adventures of Sabrina. Join me this season every Monday for my recap the show’s final season. We’re now halfway through the final season and more surprises are on the horizon. Our heroes still have four Eldritch […]