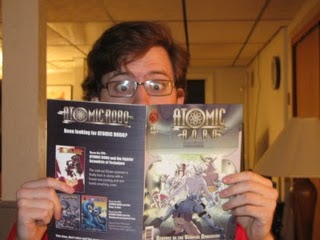 What a spectacularly mediocre week of comics! This week featured my smallest stack in recent memory, and one that wasn’t even that memorable once I actually read the comics. With that said, there were some very nice covers, especially from books that I didn’t read.

Note: I’ll be taking this column over going forward, and I’ll now be listing up to five best covers a week (in order) along with picking the worst cover. The winners of “Best Cover of the Week” and “Worst Cover of the Week” will be blessed with the “James Jean Award” and the “Rob Liefeld Award” respectively, and be rated on a one to five scale on how well they live up to the dream those two creators provided us with their efforts in the past.

Hope you like it, and let me know in the comments what you think.

Just like the story inside of its pages, this cover is pretty much awful. Don Kramer is a decent enough artist, but the art and the style reminds me of a slew of shoddy, unimaginative late 90’s covers that send shivers up my spine. That the cover is effective in sharing what happens in the comic is actually a deterrent to the quality of the cover this time, as in many ways this comic is my comic book Vietnam. It reminds me of when I was in the shit (or in this case, reading JMS’ Wonder Woman). Rob Liefeld, smile and nod and please rate this comic for me.

Rating: 2.5 disproportionate characters out of 5

Jae Lee is such a damn good artist that his covers make me want to buy this book, even though I have no interest in the creative team, the character, the plot, or anything else. Near as I can tell from the cover, Namor is fighting sea vampires (gasp!). Also near as I can tell, it looks incredibly badass based off of Lee’s cover, who manages to make this book look intense, moody and atmospheric as all get out just off one single image. All things which a good Namor book should be. All of which it likely is not.

This issue wraps up the Frankencastle story that Rick Remender has been telling, and from what I understand it wraps it up very well as Frank visits Monster Island in an attempt to recuperate and regain his humanity (and Elsa Bloodstone tries to kill his ass). The fact that artist Dan Brereton makes this cover look like a classic Universal monsters poster with appearances from both versions of Frank, Morbius, Dracula, Swamp Thing, a Wolfman and all kinds of other fun things is just fantastic. This cover entertains like none other, and almost made me pick up the book even though I’m reading it in trade. That’s a good cover folks…but not the best. It is the surprise of the week though.

I am a massive fan of the way that Jim Cheung (presumably with the aid of Jonathan Hickman when it comes to design) has handled the covers of Secret Warriors, and they have maintained themselves as the one universal high quality aspect of the book through the run. I love the way that the covers are always half white space, with the title dead center and the sharp numbering option in the white space. The design aspect is superb, and Cheung has brough A+ work throughout on the figure work above. This illustration shows readers that Fury and his Caterpillar team is starting to fall apart, with the added benefit of the traitorous J.T. having his back turned to the rest in the background. It’s remarkably effective storytelling and highly intelligent design work from all involved, and I will greatly miss these covers.

Confession of the day: I do not read Casanova. It’s one of the most perplexing things about me, as it features two creators whom I often love (Fraction sometimes, Bá always) and its plot seems to really fit my style well. One thing I do love about the title though is the covers, and this one is a gem and a half.

First, I want to note I love the design choices they’ve made so far on the Icon work, as I adore the title placement and typeset chosen for it every issue, and the blend of white space with a more dynamic image set in it in the middle and the more static image down at the bottom. It’s the signature of the book in its Icon incarnation, and every time I walk by the book on the stands I think “damn, that is a DAMN good looking cover.”

Besides the design, I have to say this: I think Bá made the cover for me. It’s totally my style, and I love the very simple but elegant imagery of the red ink Buddha statue with its head laying at its side, surrounded by a language of Asian origin (I believe its Chinese, but I could be mistaken). Just reading the solicit for the issue, I quickly can come to a conclusion that this part of the cover is very deeply related to the story as well as metaphorical. Not only that? I would honestly frame an expanded, high resolution version of the water color image of a island jungle that Bá created at the bottom of the cover. Gorgeous.

I love this cover, but I must say, because of the lack of an emotional connection due to myself not reading the book, I have to dock it Jean points. That’s no your fault Gabriel, it’s mine. Nice work, sir.

Rating: 3.5 brilliant covers out of 5