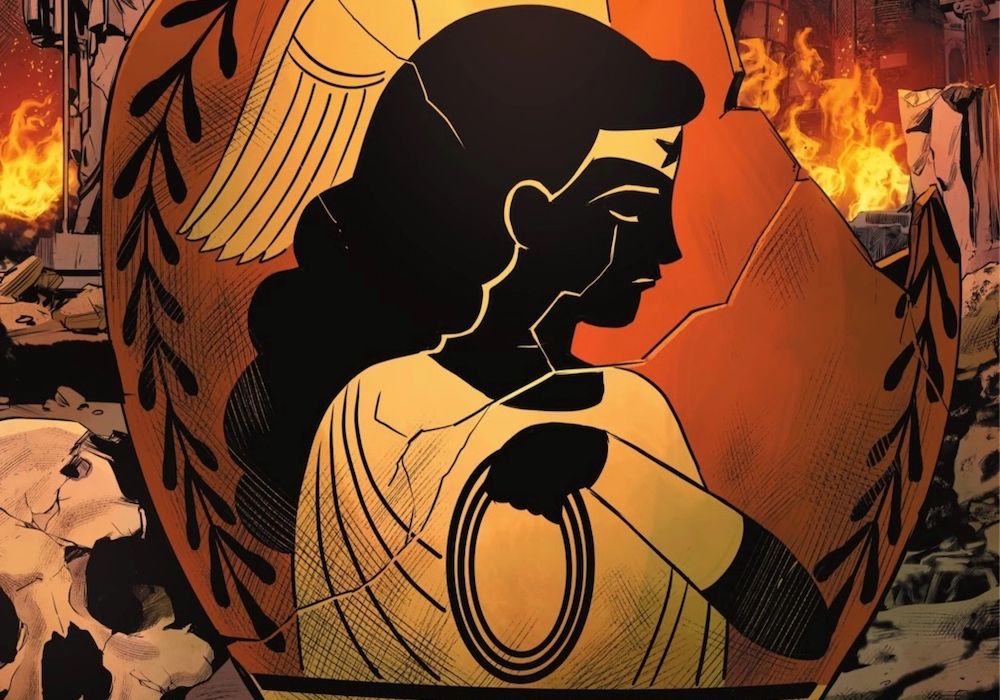 There are a lot of comics out there, but some just stand out head and shoulders above the pack. With “Don’t Miss This” we want to spotlight those series we think need to be on your pull list. This week, we look at “Wonder Woman” by Michael W. Conrad, Becky Cloonan, Jordie Bellaire, Travis Moore, Andy MacDonald, Paulina Ganucheau, Tamra Bonvillain, Nick Filardi, and Kendall Goode, published by DC Comics.

The writing duo of Michael W. Conrad and Becky Cloonan has been at the forefront of the “Future State: Immortal Wonder Woman” miniseries as part of the ‘Future State’ initiative. As such, they have experience with Diana of Themyscira, and have also worked together on a backup story for Midnighter in “Future State: Superman: Worlds at War,” and another in “Action Comics.” However, they each have other credits to their name in their own right.

Becky Cloonan has a vast amount of experience in the industry, including not only writing, but also illustrations and colors. At DC Comics, she wrote “Gotham Academy” and its sequel series between 2014 and 2017, and also worked on several one-shot issues or stories, including one about Wonder Woman herself in “Wonder Woman: Black and Gold” #1 that she also illustrated and colored. At Image Comics, Cloonan wrote “Southern Cross” from 2016 to 2018, snd she worked at Marvel Comics on the 2016-2017 run of “Punisher” and the 2020 “Dark Agnes” miniseries.

Jordie Bellaire is best known for her Eisner Award-winning coloring skill, but has written stories for “Vampirella/Red Sonja” for Dynamite Entertainment in 2019 along with many comics for “Buffy the Vampire Slayer” and its related properties since the story was rebooted and retold at BOOM! Studios, showing she is very capable of writing the backup story in this “Wonder Woman” run.

Working on the first four issues, Travis Moore has had his work based within DC Comics. He was an illustrator on 2010’s “JSA All-Stars,” 2010 and 2011’s “Freedom Fighters,” and has his credits on two series connected to “Fables” from 2015 to 2017: the “Fables: The Wolf Among Us” comic adaptation of the Telltale Games video game, and the “Everafter: From the Pages of Fables” sequel series. Moore also illustrated several issues of “Wonder Woman” across 2001 and 2011.

Illustrating the backup story, Paulina Ganucheau returns after other work at DC Comics in “Bombshells United” in 2017 and 2018, along with “Mother Panic: Gotham AD” in 2018. She also has worked on several issues of “The Unbelievable Gwenpool” in 2017.

Tamra Bonvillain, the initial colorist, has a varied listing of coloring credits, including “Gerard Way’s run on “Doom Patrol” in 2016 to 2018, and “The Low, Low Woods” from 2019 to 2020 for DC Comics, “Once and Future” at BOOM! Studios, “Stealth” at Image Comics, and more.

The colorist of the backup story, Kendall Goode, is primarily known for the colors on various “WWE” Comics at IDW Publishing from 2018 to 2019.

“Wonder Woman” tells the tale of Diana of the einherjar, glorious deceased warrior of Valhalla preparing for the end of-

Wait, that’s not right. Isn’t Wonder Woman an Amazon of Themyscira, with roots in Greek mythology? 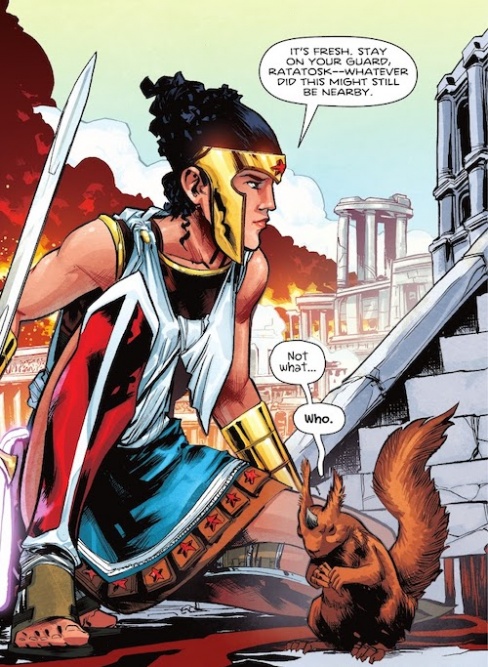 Let’s try that again. “Wonder Woman” is the ongoing adventures of the eponymous superhero, who is, for some reason, trapped in the Norse afterlife after the events of “Infinite Frontier” #0, itself after her sacrifice in “Dark Nights: Death Metal.” Something is very, very wrong with her, and an entity from beyond Valhalla, beyond Asgard itself, is trying to save her, to guide her back to the path she needs to be.

Something is wrong in Olympus, in the Sphere of the Gods overall, and she is caught inside of it, needing to use not just her Amazonian enchantment-based skills, but also her new experiences as a shieldmaiden to make things right. Slowly, elements of her life in the mortal realm, of the Justice League and all, begin to seep through, but how will she handle it all with her new perspective, especially as she lacks many of her memories beyond vague impressions? 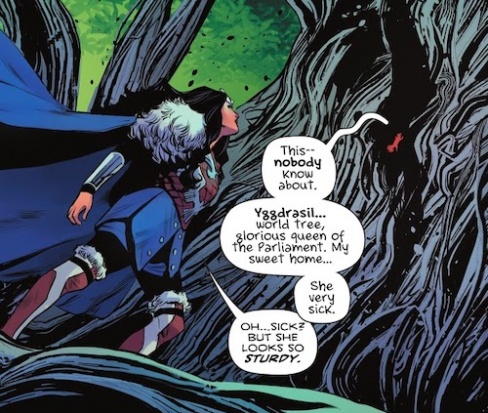 In theory, the current ongoing run of “Wonder Woman” is a sequel to the events of “Dark Nights: Death Metal” and “Infinite Frontier” #0. However, fans of the Amazonian warrior princess do not need to know much about either, with Conrad and Cloonan providing easy access to the famous woman of the DC Comics trinity while simultaneously using her as a lens through which to learn about other cultures and threats. While Diana is a stranger in a strange land, she isn’t devoid of connections to her more famous life. Clues to her rogues gallery and teammates, to her ancestry and friends, are peppered throughout the early issues, culminating in the events that lead into the change of art teams.

One of the biggest draws to the initial issues of this run is the fact that it delves into Norse mythology without making it feel too similar to Greek or Abrahamic myths with which readers may be more familiar. While Amazons have interacted with the Aesir and the Vanir in this version of DC Comics history before, the group never included Diana herself, making for a very different dynamic. From Thor to Siegfried, from Odin to Ratatosk, snd more beyond, there is much to explore, and the creative team also adds in nods to earlier runs’ attention to certain entities, such as the World Tree Yggdrasil’s place in the grand cosmology of the DC Universe and its various powers. 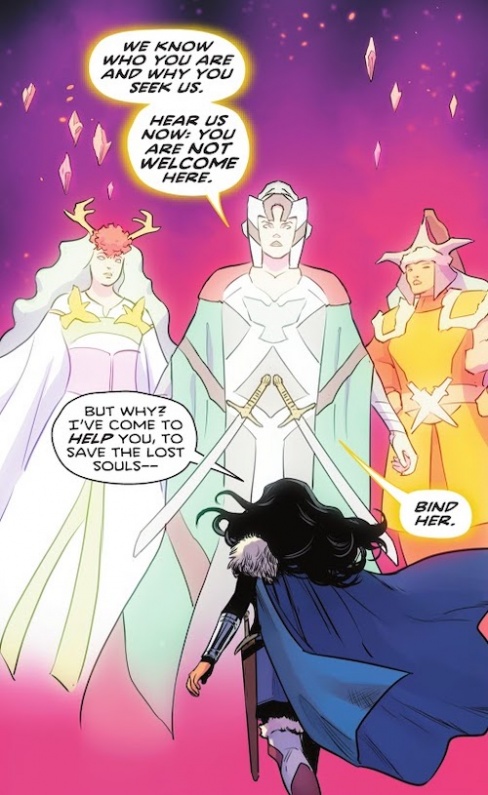 However, while educational, these elements would be nothing without heart, and the entire creative team shows the full compassion of Wonder Woman even without her title, including the tragedy of someone outside of the fatalistic Norse myths trying to delay the inevitable Ragnarök. 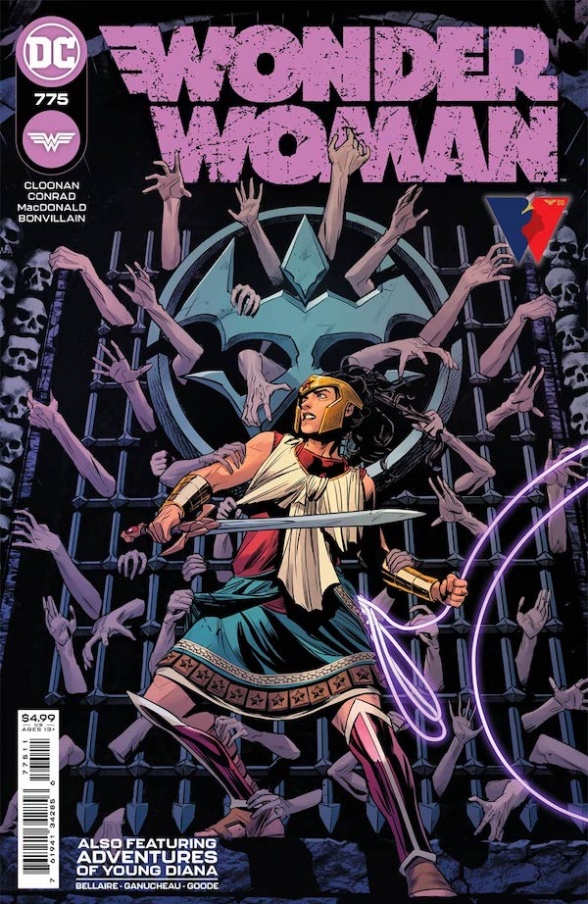 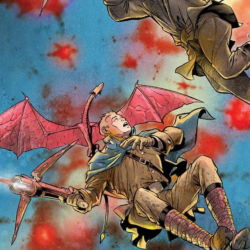 Don’t Miss This: “Arrowsmith: Behind Enemy Lines” by Kurt Busiek and Carlos Pacheco

There are a lot of comics out there, but some stand out head and shoulders above the pack. With “Don’t Miss This,” we want to spotlight those series we think need to be on your pull list. This week we are going back in time to an alternate World War I with flying dragons and […] 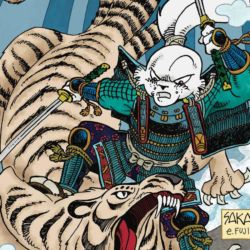 There are a lot of comics out there, but some stand out head and shoulders above the pack. With “Don’t Miss This,” we want to spotlight those series we think need to be on your pull list. This week we are looking at the very long running “Usagi Yojimbo” by Stan Sakai, Stan Sakai, Hi-Fi […] 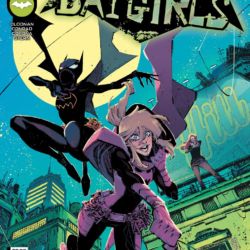 There are a lot of comics out there, but some just stand out head and shoulders above the pack. With “Don’t Miss This” we want to spotlight those series we think need to be on your pull list. This week, we look at “Batgirls” by Becky Cloonan, Michael W. Conrad, Jorge Corona, Sarah Stern, and […]