There are a lot of comics out there, but some stand out head and shoulders above the pack. With “Don’t Miss This,” we want to spotlight those series we think need to be on your pull list. This week we are looking at the newest run of “Event Leviathan.”

“Event Leviathan” reunites the Marvel Comics dream Team of Brian Michael Bendis and Alex Maleev at the “Distinguished Competition” at DC Comics. Bendis has been making waves since his takeover of the “Superman” and “Action Comics” titles along with creating the “Wonder Comics” imprint. The era of Bendis is here and continues in his first mini-series of “Event Leviathan” in which he returns to his crime noir roots to spin a tale meant to shake up and consolidate the many spy organizations kicking around in the DC Universe.

He is joined in this effort by his frequent collaborator, artist Alex Maleev. Maleev has always been an amazing artist who stands on his own but his work on DC is incredibly novel as he has been primarily a Marvel mainstay. His working on “Daredevil” and “Moon Knight” (also Bendis collaborations) has prepped him tonally for illustrating this book. Also joining this duo is Josh Reed who has been in the industry for a good bit of time and really adds to the book with the espionage style of locations and opening text pages.

Who is Leviathan? Spinning out of “Action Comics,” “Event Leviathan” sees Lois Lane and Batman form a team of detectives including, The Question, Plastic Man, Green Arrow, and Kate Spencer aka Manhunter. Each issue is an installment that has them edge closer and closer to uncovering the mysterious figure at the center of Leviathan, a former arms organization turned international terrorist organization bent on clearing the board of the major espionage agencies in the DC Universe. Fingers are pointed, suspects are taken off the board and new ones put on as Leviathan drip-feeds information on their plan for their new world order.

What Makes it So Great? 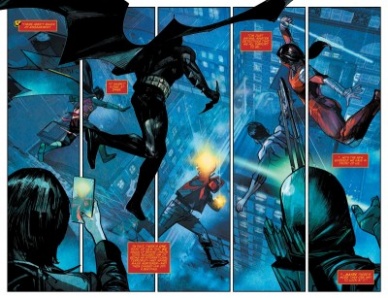 Bendis, Maleev, and Reed are working like a well-oiled machine on “Event Leviathan”. One of Bendis’s strengths since coming to DC has been making the world feel lived in and with this oddball cast of characters and this mystery that is in a very specific corner of the universe, everything feels like it has consequence and meaning. Part of the liveliness of the universe means lots of cameos. Most of the characters on the main team are characters I would not have expected in a book like this in 2019 and the book features cameos from characters readers truly would not expect which despite DC’s looser approach to continuity right now adds to the sense of an interconnected universe. Bendis writes characters with familiarity between one another which at times can feel overdone, but here it captures some of the fun of a mystery. The team of detectives bickers over suspects, and over whether each other is exempt from suspicion. Leviathan’s motivation is also extremely captivating and the way Bendis depicts them is really captivating. Leviathan is constantly trying to sell this new world order to the heroes rather than fight them, and constantly insists that their goals are the same. This sales pitch is truly captivating and draws readers into wanting to know more about the person behind the mask and more about what happens if they get what they want.

Maleev is an all-star artist and him penciling, inking, and coloring his work is an incredible choice and he truly makes the mood for “Event Leviathan.” Maleev’s color palette focuses on blues and reds and really creates a sense of contrast throughout the book and often serves as a smart storytelling tool as mentioned in an earlier review.. Maleev’s textures also add such a rich quality to the book where every page is absolutely gorgeous to the point that seeing Maleev’s renders for classic DC characters is a treat. One stand out image is Maleev’s interpretation of Superman’s X-Ray vision which has to be my personal favorite visualization of this power. Even if the mystery doesn’t draw you in, the artwork is unquestionably beautiful enough to give “Event Leviathan” a chance. 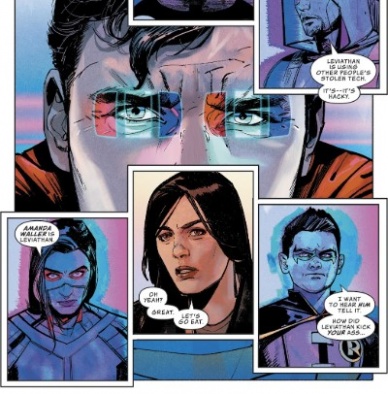 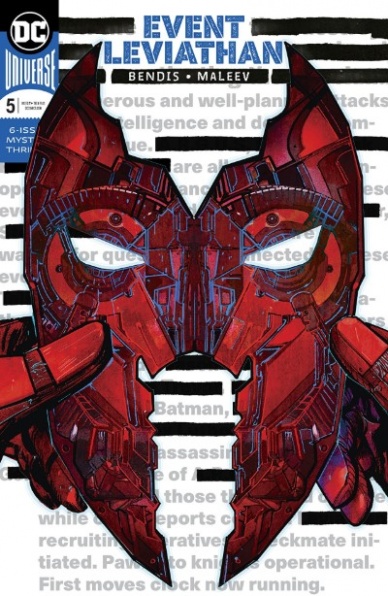 The penultimate issue of “Event Leviathan” can be found on Comixology and comic shops today! Read it and get just a little closer to finding out the true identity of Leviathan and come back the next month to see the conclusion!

Don’t Miss This: “Buffy the Vampire Slayer” by Jordie Bellaire and David Lopez

There are a lot of comics out there, but some just stand out head and shoulders above the pack. With “Don’t Miss This” we want to spotlight those series we think need to be on your pull list. This week, we’re taking a look at BOOM! Studios epic relaunch of “Buffy the Vampire Slayer.” If […]

There are a lot of comics out there but some stand out head and shoulders above the pack. With “Don’t Miss This,” we want to spotlight those series we think need to be on your pull list. This week, we look at the southern fried vampire drama “Redneck.”Who’s This By?“Redneck” is written by American comic […]

Don’t Miss This: “Once and Future”

There are a lot of comics out there, but some just stand out head and shoulders above the pack. With “Don’t Miss This” we want to spotlight those series we think need to be on your pull list. This week, we’d like to draw your attention to “Once and Future” from Boom! as the sixth […]