There are a lot of comics out there, but some stand out head and shoulders above the pack. With “Don’t Miss This,” we want to spotlight those series we think need to be on your pull list. This week, we look at the newest solo ongoing series from Valiant comics, “Livewire.” 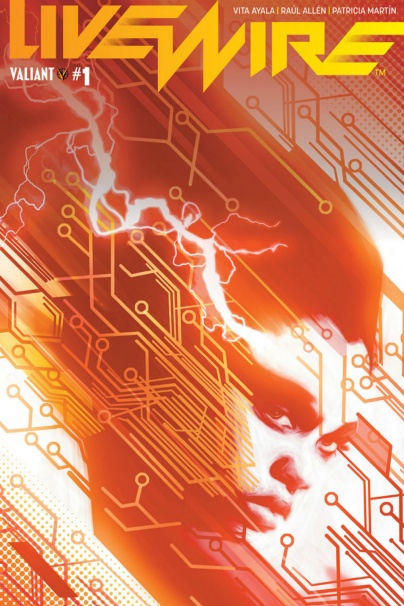 Written by Vita Ayala (“The Wilds,” “Age of X-Man: Prisoner X”) with lettering from Saida Temofonte (“Shade the Changing Girl,” “Batman: Lil Gotham.”) The first arc is drawn and colored by Raúl Allén & Patricia Martín (“Secret Weapons,” “Wonder Woman”) while the current arc is being drawn and colored by Kano (“Gotham Central,” “Quantum and Woody”) 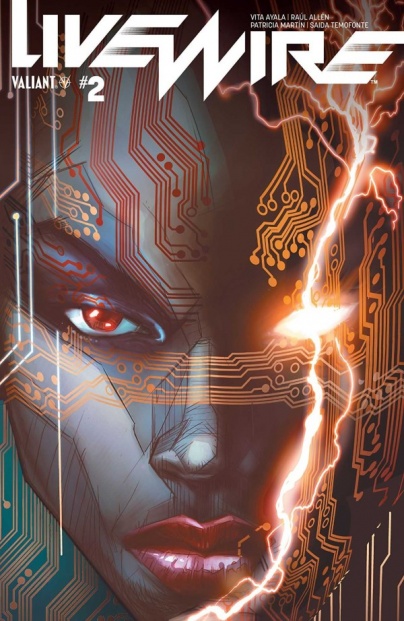 “Livewire” is the first solo outing for, arguably, the Valiant universe’s most important psiot (sorry Faith.) After the events of “Harbinger Wars 2,” wherein Amanda McKee aka Livewire shut down the world’s power, Amanda is on her own in a world that hates her more than ever. On the outs with her former team and branded a terrorist, she must fight against those who wish to capture and detain her, all while continuing the fight for justice and the fight against her former mentor’s programming. 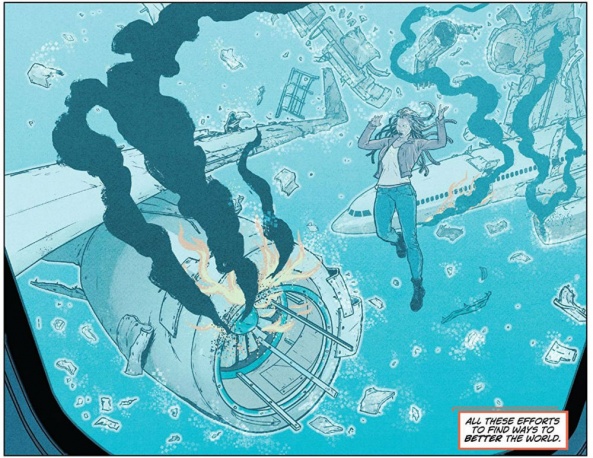 The first thing to know about “Livewire” is that you need zero knowledge of the character beforehand to appreciate the series. While having read her previous adventures gives context to who she was (I heartily recommend “Secret Weapons”) and what led to the events of “Harbinger Wars 2,” they are recapped enough that you never feel lost. This is something that Valiant prides itself on, and for good reason. Continuity can be as much a curse as it is a boon for long term storytelling.

This makes Ayala, Allén, Martín and Temofonte’s approach to Amanda McKee’s story all the more interesting, as it perfectly balances these two competing needs — that of a character who has lived prior adventures on the page but must also exist as if those adventures were pure backstory — and crafts a narrative that starts Amanda on the journey to the next step in her growth. This first arc creates an intimate narrative, one that drives at the question of who Livewire is, now that she is on the run, and where does she go from here.

Visually, there couldn’t have been a better art team than Allén & Martín to bring “Livewire” into her own. Arc 1 acts as a pseudo-follow up to “Secret Weapons,” the series Allén & Martín drew, and so they have a solid grasp on the characters and how best to portray their interactions. They bathe the whole comic in a purple-pink hue, stylizing it in a way that divorces the events from reality while also making them feel more real than some other “photorealistic” art. In particular, I love the way they create an eyeline that hides events in plain sight before utilizing one small detail, or a cleverly placed word balloon, in the final panel to illuminate the previous unnoticed details. While the paneling may get too tight for some, Allén & Martín know how to use the space they have to its fullest, keeping things dynamic and in motion, each panel a moment in time, a beat that sets the pace almost as much as the events and dialog around them. 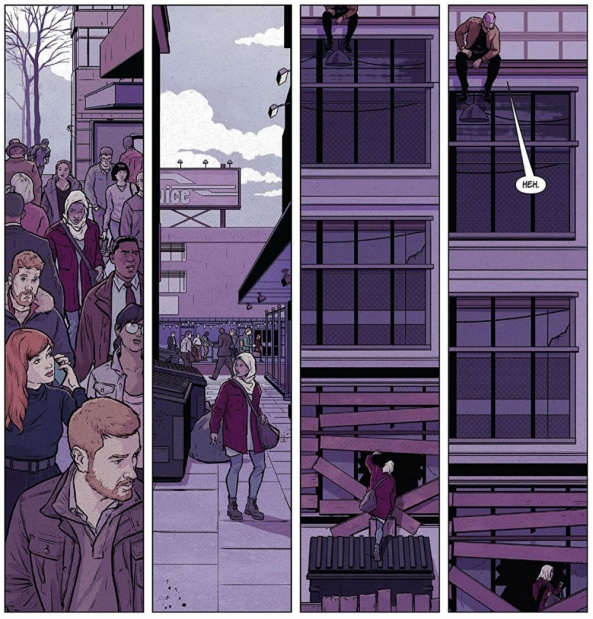 Ayala’s writing, though, is what makes the series extra-special. Amanda McKee is a complicated character who lives in a perpetual moral grey zone. It would be easy to write her off as an anti-hero ala The Punisher or a villain ala Manchester Black, but instead, Ayala forces her to confront her own sins and to reckon with them and the people she has hurt and betrayed, all while maintaining the complexity of reality. There are no simple, easy answers for Amanda.

She feels the guilt of what she did, all while justifying it in her own head with reasons that, while valid, do not excuse her actions. And yet, she has to justify them to herself, and us, because if she doesn’t, then what does that make her? That’s the central struggle of this first arc, beyond the more external threats such as the anti-psiot mercenaries, her former teammates at the Harbinger Foundation, and the whole, y’know, being public enemy number thing.

Throughout this arc, she fights against clearly bad people, those whose only pleasure comes from hurting others, while at the same time believing, in some small way, that she deserves to be persecuted. Haunted by the spectre of Harada, Livewire feels that she cannot escape her past, all while trying to assist the Secret Weapons in escaping theirs. Her personal struggle draws us in and the resolution of this chapter of her growth gives “Livewire #1-4 the air of completion, one that leaves you satisfied and, simultaneously, hungry for more.

Issue #5 of “Livewire,” the start of a new arc, goes on sale today and you can pick it, and any back issues, up from your local comic shop or digital retailer. Volume one, which collects issues #1-4, will be out on April 24th. 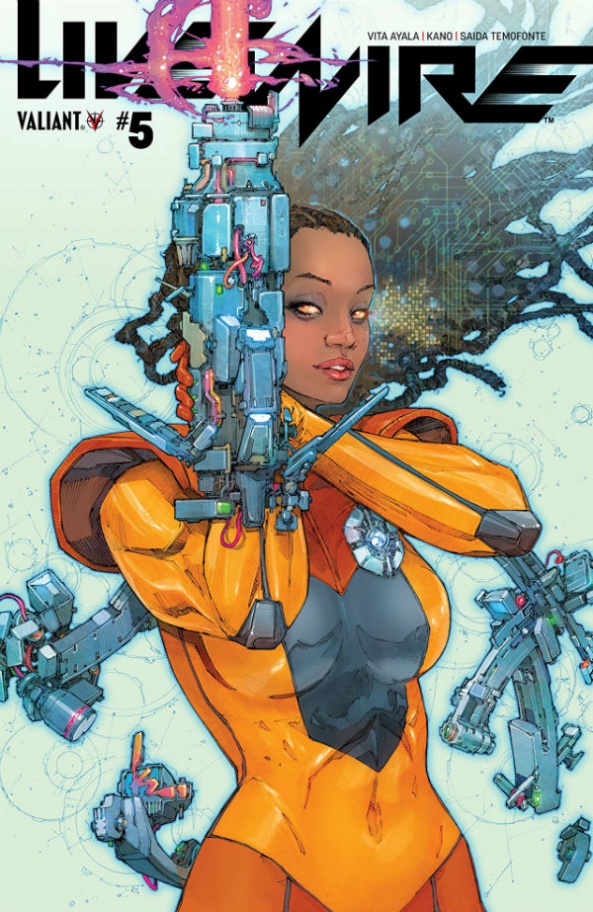