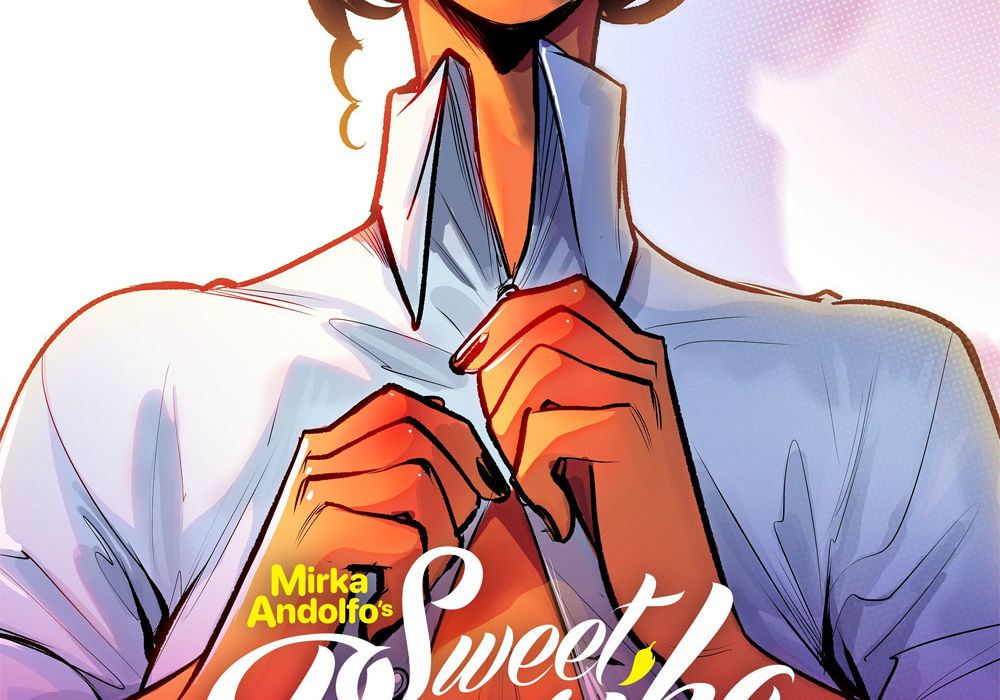 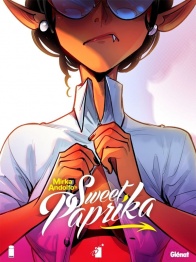 Art by Mirka Andolfo
Image Comics have announced Italian cartoonist Mirka Andolfo’s bawdy demon IP “Sweet Paprika” is becoming a comic book series next year. Set in a world populated by angels and demons, “Sweet Paprika” follows the workaholic female demon of the title, whose life becomes even more chaotic when she falls for Dill, a handsome and naive angel. “Their totally opposite characters and lifestyles will give life to fun and irresistible stories, seasoned with a pinch of eroticism.”

“Sweet Paprika” #1 will be available digitally and at comic book shops in July 2021. As well as Image, Edizioni Star Comics and Éditions Glénat have respectively picked up the Italian and French publishing rights. “I am really thrilled,” Andolfo said in the press release. “I couldn’t wait to talk about Paprika, after months of working in silence. It is the first time that I let the manga influence in one of my works shine through so much, and this excites me very much: the fact that I found total trust and support from Image Comics, Star Comics and Glénat is the icing on the cake!”

Intended as a demonic take on Bridget Jones’s Diary and Sex And The City (“with a twist of The Devil Wears Prada“), “Sweet Paprika” began life as a (often NSFW) series of sketches and gags on Andolfo’s social media; an animated series of the property is already in the works at Arancia Studios and Grey Ladder Productions with Emmy Award-winning director Gabriele Pennacchioli (Love Death + Robots). This is the latest collaboration between Andolfo and Image, following “Mercy” and “Unnatural,” plus “Commanders in Crisis,” which was produced at Arancia Studio, the Italian company she works at as art director; the publisher has also announced they will publish the “Mercy” sequel “Merciless” (illustrated by Siya Oum) next year.