Valiant revealed the full meaning behind their ICONS initiative today in their Twitch live stream as a part of Valiant Summit 2017, as they prepare to launch a new series every month beginning with March’s previously released “X-O Manowar”through to December.

“X-O MANOWAR wasn’t just the launch of a new series, it was a statement of purpose,”said Valiant CEO & Chief Creative Officer Dinesh Shamdasani. “X-O Manowar” is currently the best-selling issue from any independent publisher this year, and Valiant’s biggest launch ever. Shamdasani went on to say,

“Even before the first issue hit stands, the success of that series has emboldened Valiant and its creators to redouble our efforts and create what might just be our most high-profile roster of titles to date. Over the course of the coming year, Valiant has dedicated itself to bringing the same level of creative vision, formidable storytelling and intensive quality to each of its most important new series and most beloved characters – a process that began with X-O MANOWAR and will soon extend outward into FAITH AND THE FUTURE FORCE, BLOODSHOT SALVATION, NINJA-K, QUANTUM AND WOODY! and some of our most exciting titles yet.” 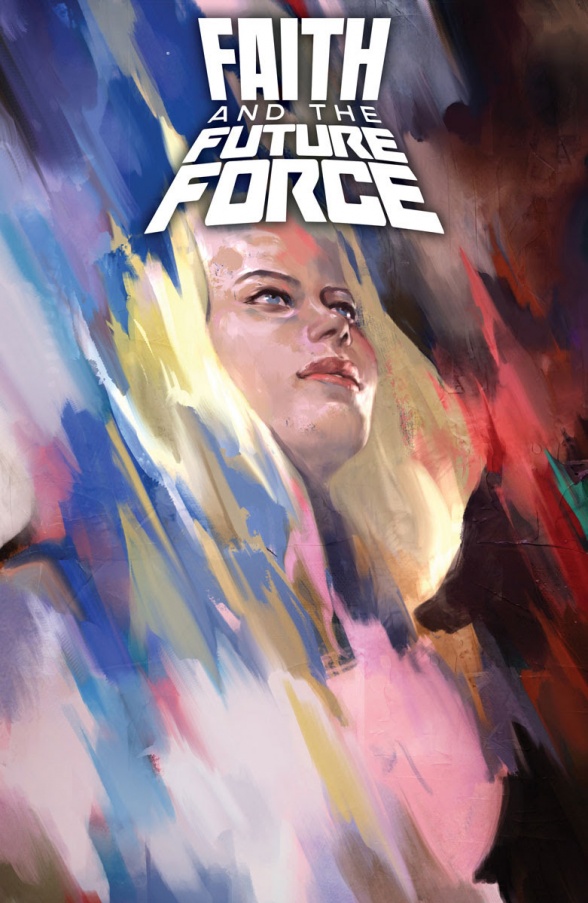 “Faith and the Future Force,” launching in July, is a limited series which will follow the ending of “Faith” in May with issue #11. From current “Faith” writer Jody Houser, and artists Stephen Segovia and Barry Kitson, as well as some special guests. More information can be found here.

Faith “Zephyr” Herbert – former member of Unity, current Harbinger Renegade, and Los Angeles’ #1 superhero – is the universe’s last, best chance at survival! Centuries from today, a devious artificial intelligence has unleashed a blistering attack on the very foundations of time…one that is unwriting history from beginning to end! Now, with her options exhausted, Neela Sethi, Timewalker – the self-appointed protector of what is and will be – has returned to the 21st century to recruit Earth’s greatest champions of today and tomorrow to oppose this existential threat…and she needs Faith to lead them! But why Faith? And why now? 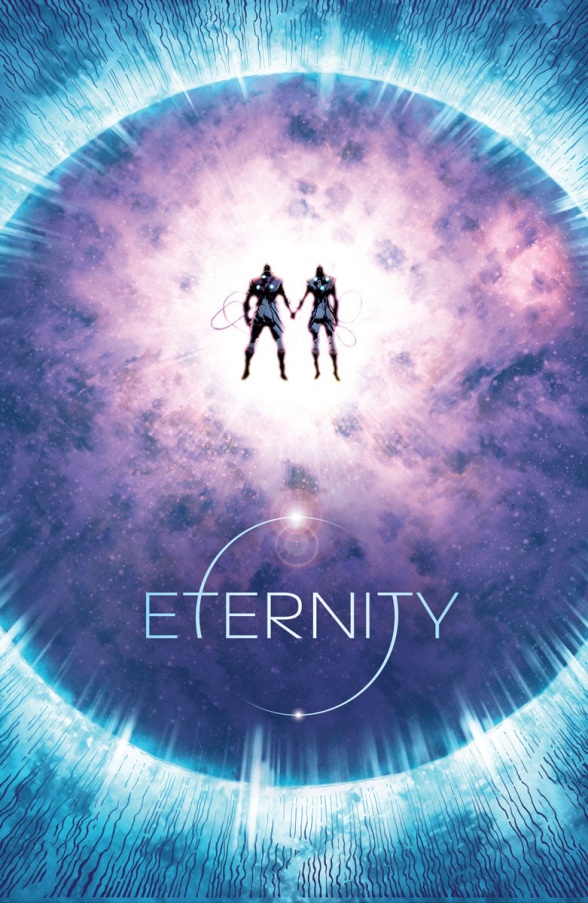 “Eternity,” a new limited series launching in October from “Divinity” creators Matt Kindt and Trevor Hairsine, “unveils a new plane of existence beyond our own and unleashes a universe of new worlds, new beings, and new myths…” This will be a continuation of Divinity as it looks like he is on the cover. More details and character designs can be found here.

“Ninja-K” launches in November from Christos Gage and Tomas Giorello (current artist on the first “X-O Manowar.” The current Valiant series written by Matt Kindt and illustrated by a variety of artists, will end with #27 in May with an issue written by Kevin Maurer and art from CAFU. More from Gage can be seen here. 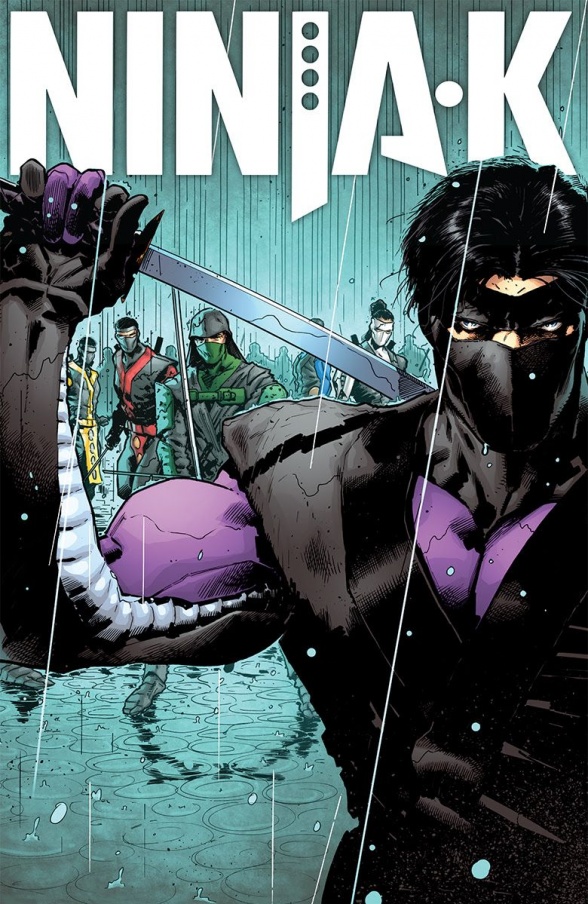 For nearly a century, MI-6, the most elite branch of Britain’s clandestine intelligence service, has honed a ruthlessly effective, top-secret division – THE NINJA PROGRAMME – into one of its nation’s most finely wielded weapons. Tasked as the first and last line of defense for queen and country, this small shadow army of agents and assassins has produced a succession of notable assets, including NINJA-A, the Queen’s silent weapon of World War I; NINJA-E, the globetrotting secret agent that pulled the Cold War back from the brink of armageddon; and, most recently, NINJA-K, aka Colin King, a brash but fearless instrument of lethality that has saved the world from madmen and terror at every turn.

But now…an unknown enemy is hunting and killing members of THE NINJA PROGRAMME one by one – and NINJAK is next on the list. 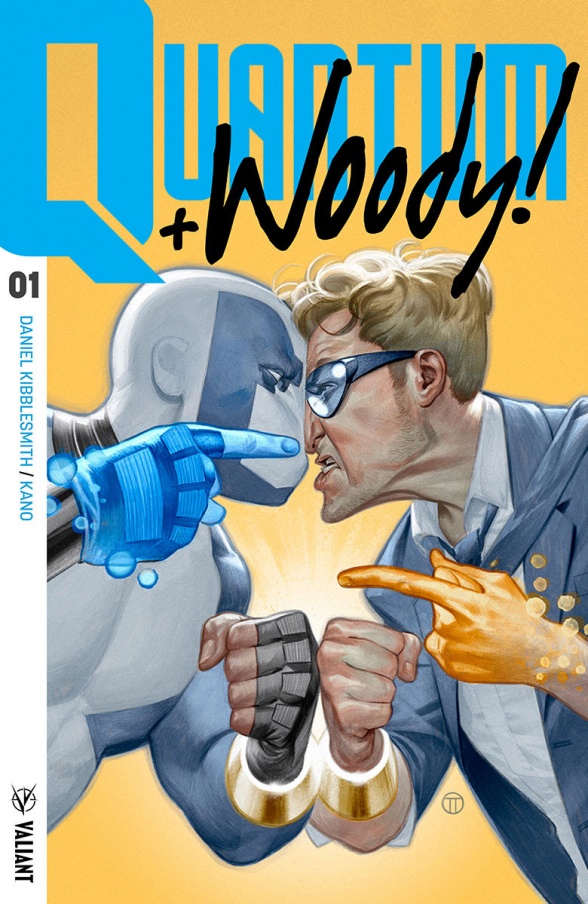 “Quantum and Woody!” launches in December with their first new ongoing series since 2014 from The Late Show with Stephen Colbert Daniel Kibblesmith and artist Kano. Kibblesmith was interviewed here.

Sometimes…you embrace your destiny. And sometimes…you and your trouble-making adopted brother find yourselves trapped in a scientific lab explosion that grants you $@&%ing awesome super-powers. As a result of their accident, Eric and Woody Henderson – aka Quantum and Woody – must “klang” their wristbands together every 24 hours or both dissipate into nothingness. Which makes superhero-ing pretty awkward when you’re not on speaking terms at the moment. See, Eric has been keeping a pretty big secret: He knows who Woody’s birth father really is…and where he’s been hiding all these years.

No details are given on the CLASSIFIED series launching in August, is it a brand new series? New character? New event? It seemed probable to guess a new “Shadowman” series spinning out of “Rapture,” but Valiant says Shadowman is returning next March. Perhaps a lead in to “Harbinger Wars 2?” We’ll have to wait and see.

ICONS began with “X-O Manowar” and continues through the end of the year with a new series dropping the same day as the issue of “Manowar” the last Wednesday of every month. 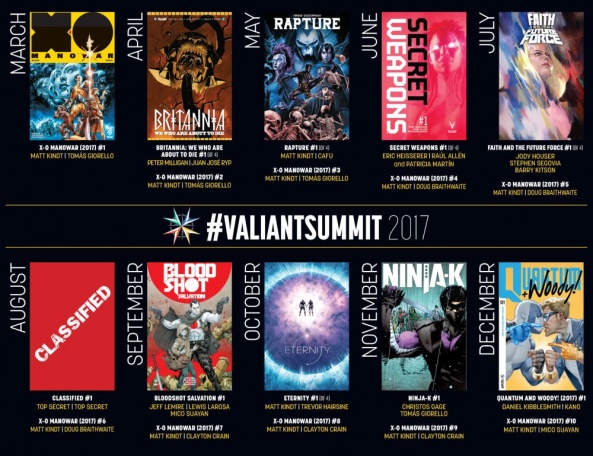