There are a lot of comics out there, but some stand out head and shoulders above the pack. With “Don’t Miss This,” we want to spotlight those series we think need to be on your pull list. This week, we look at the hyper-grounded astronaut manga “Space Brothers.” 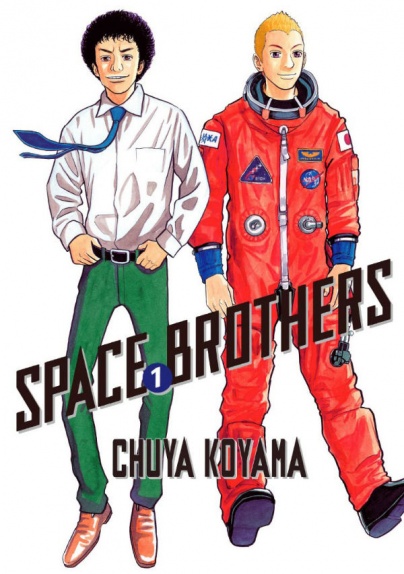 “Space Brothers” is written and illustrated by Chuya Koyama (“Harujan.”)

Brothers Hibito and Mutta Namba made a promise to each other when they were children: to one day go to space. Years later, in 2025, the dream seems as far from Mutta’s position as it can be, as he is fired from his job in the automotive industry. However, despite the years, Mutta has never forgotten the promise he and Hibito made and, when he gets a cryptic text from his brother telling him to listen to an old cassette tape he made, Mutta resolves to get off his ass and shoot for the moon.

But as anyone knows, it’s not that easy to go to space, and it’s even harder to be of the chosen few. 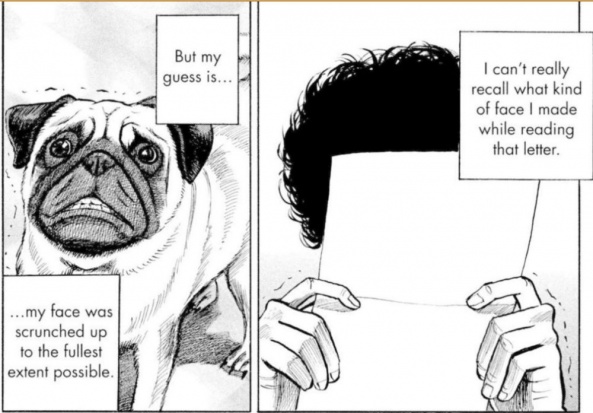 In the vein of The Martian and The Right Stuff, “Space Brothers” takes a hyper-realistic approach to its science fiction narrative, rooting its drama in the interpersonal relations between the ever growing cast of characters and the rivalry-stroke-friendship between the two lead brothers. This is not a 2025 that seems far-fetched, with technology that is far beyond our capacities, but instead a world that could be happening right this minute and we wouldn’t even blink an eye. It’s story about space that takes place mostly on Earth, the ISS, and the Moon and because of this, and Koyama’s attention to technical detail, the stakes feel deep and intrinsic, easily understood and universal. 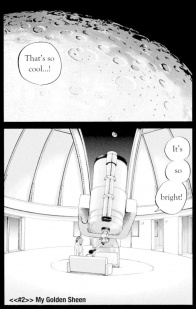 There are very few comics, or even sci-fi media, being created now that takes the same character driven, realistic, slow paced, and deeply optimistic approach to story and plotting. It’s refreshing to read a story where each chapter doesn’t end with a big revelation, greater threat or evil, or focus on furthering this great big plot which moves the characters and drives their actions. Instead, chapters meander and slow down, letting characters have room to breathe and talk. To hang out and do mundane activities while pushing towards their goals, which inevitably come into conflict with others who share similar ones.

That said, there is still a lot of tension in the narrative. Just because the stakes aren’t as fantastic or grand as other stories doesn’t mean they aren’t deeply affective. Watching Mutta struggle to join his brother at NASA and JAXA chapter after chapter gets you invested in his journey and the slow pace gives the feeling that you are right there alongside him, feeling the weeks, months, years that he does. “Space Brothers” has been ongoing since 2007, publishing a new chapter twice a month, and not a lot happens in each chapter. It is not a quick or sudden adventure, but it tracks a large swath of time for these characters, which is part of the charm and purpose of “Space Brothers.” 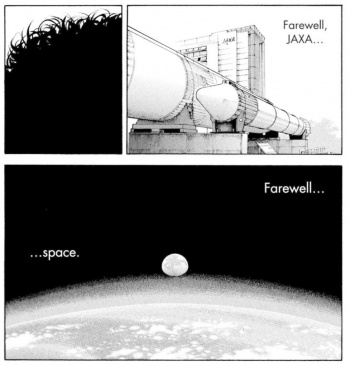 When you spend enough time watching someone work and work towards a goal, you want to see them succeed. The longer they claw their way towards their goals, the harder the challenge, the bigger the obstacle, the more cathartic the final resolution is. Anytime Mutta or Hibito or any of the other characters reaches that point, a wave of relief washes over you, as if these were your friends and family succeeding. And what really shows Koyama’s chops at character development is how devastated you feel when something happens to any of the characters, be it them getting hurt or failing a test.

And characters do fail; they do get hurt and not everything goes according to plan. There is real fallout from each character’s actions and the events that befall them that ripple out and change the course of the narrative. Life is expressed in messy ways and the comic refuses to shy away from that, allowing things to play out over the course of many volumes, making sure no one remains static, just like real life.

Moreover, “Space Brothers” is a bittersweet comic that never lets you forget that everyone has their own desires and feelings and that we are all struggling towards common goals but for different reasons – that even when one of us succeeds, there is another who fails, and that moments like those are cause for celebration as well as comfort. It’s this ethos, combined with Koyama’s art, which, while not sprawling and mindblowing in its technical qualities, captures the emotional cores necessary to infuse the comic with the humor and life and sadness and joy, that makes “Space Brothers” so powerful.

However, the part that appeals most to me in “Space Brothers” is its underlying message of “Space Brothers” hope and optimism. Koyama firmly believes in the dream of space exploration as a scientific endeavor, as a human triumph, and as an effort in collective peace. He does not shy away from the kind of politics that would affect cooperation between nations but in the world of “Space Brothers,” what is most important are the things we can accomplish when we all work together.

Chapter 337 comes out this Wednesday from your preferred digital outlet.

As for prior issues, this is where it gets a bit tricky. “Space Brothers” is currently only available digitally in the USA however, all 336 chapters are available for individual purchase. For those who want the collected editions, volumes 1-33 are available, which collects chapters 1-313.

For members of ComiXology Unlimited, they currently have volumes 1-15 and chapters 314-334 while Crunchyroll manga, which simulpubs all chapters, has, as of this article’s release, chapters 1 & 305 (the start of volume 33)-336. 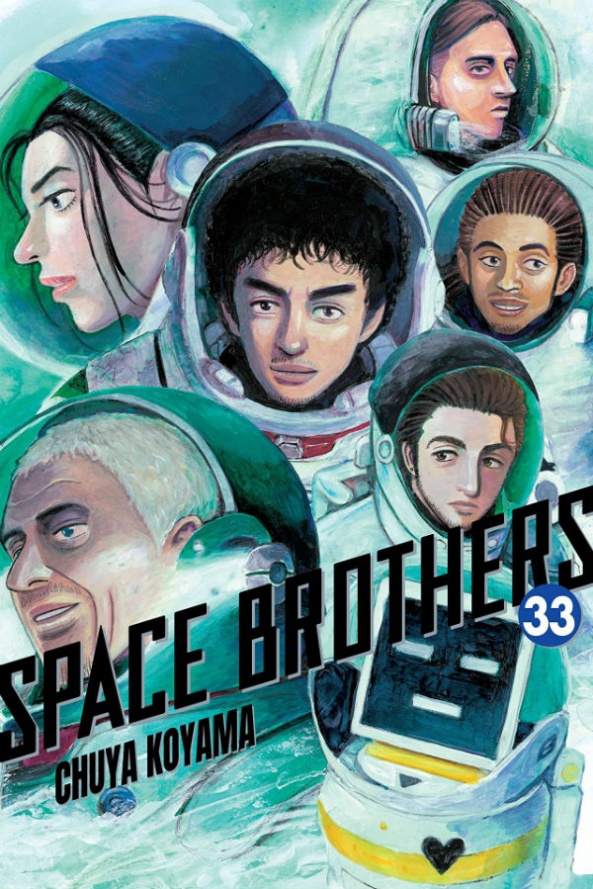