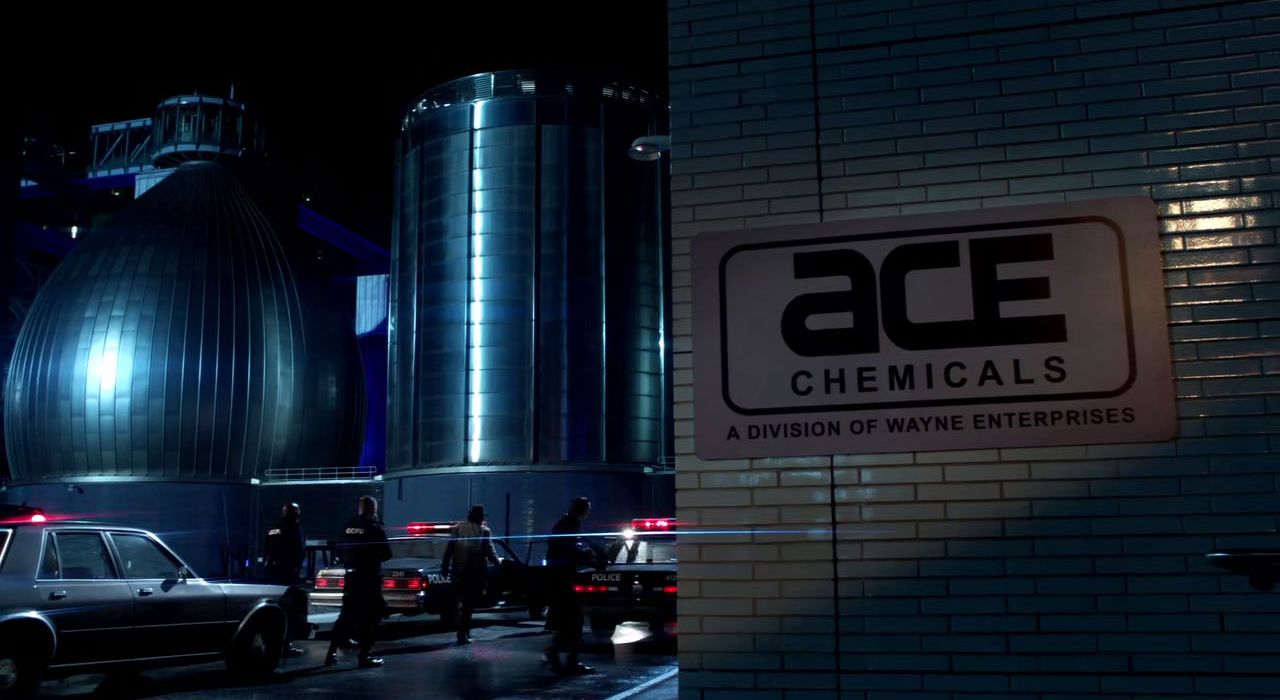 Instead of having regular coverage for Fox’s Gotham, we at Multiversity decided to have various members of our staff cover the show, a different writer each week. And I guess it’s only fair that we editors take an episode ourselves, since we were so quick to dole out the assignments. For the longest time, my date seemed so distant, so nebulous, but, like with all things Gotham, it came far quicker than I anticipated.

Within the first 10 minutes of the show, I decided it wasn’t worth asking questions about what was going on in “Ace Chemicals.” I mean, I am in the weeds for how Gotham took these characters and, I supposed developed is the appropriate term, though it isn’t necessarily the one I’d use. Like, Bruce apparently works with the cops now? And “No Man’s Land” happened? Or was it the Bane takeover from Dark Knight Rises? And the Joker is named Jeremiah here and although he hasn’t undergone his radical, infamous transformation yet, he doesn’t look far off from his usual appearance. Is the Barbara who’s having Jim’s baby Batgirl Barbara (because ew) or some new character? Is there even an ongoing story? Why is Jeremiah so keen to get Bruce’s attention while everyone else tries to get out of Gotham?

Maybe these questions would have been answered if I subjected myself to the rest of the show. It’s possible these developments would have made sense if I had stooped myself in Gotham lore. I could honestly spend this entire article trying to figure out the questions I have from watching “Ace Chemicals.” However, I have a feeling none of that would actually help.

2. Basics of the Medium

I was struck by how poorly put together “Ace Chemicals” turned out. Like, on a technical level, this played as if a bunch of high schoolers were given professional equipment and something like a budget. At times, the episode tries to go for weird an quirky angles, off-beat cinematography that’s only off-beat if you’ve never watched the Christopher Nolan Batman movies. There’s distracting cinematographic tricks, throughout. Dutch tilts with wide-angled lenses to shock the viewer into a scene. A set of lighting cues that check every noir-ish mood styling on some list. The sets don’t feel lived in or inhabited. Often times, it feels as if the characters are acting in front of a rear projected screen, where everything Gotham City was built later in SketchUp. Director John Stephens and writer Tze Chun aren’t sure what to do with the rest of the characters in any given scene, so often times they awkwardly stand around. Mad Hatter doesn’t even bother to look menacing while Harley Quinn soliloquies at Jim Gordon and Lee Thompkins. I’m sure the crew are all generally good at their jobs and a steady paycheck is a steady paycheck, but there’s a feeling in the production that no one cares anymore. Throw it up on the screen, they seem to say. The big, potentially emotional moment where Wayne Manor gets blown up? Render it quick and superimpose some flames on screen. The lights are about to be shut off.

“Ace Chemicals” feels like it’s preparing for a crossover, even though it has nothing to cross over with. “Every time I turn things around, we’re right back where we started,” Jim says near the end of the episode. On numerous occasions throughout the night, characters referenced this sick cycle they’ve been trapped in. How many times have Penguin and Scarecrow tried to kill each other? How many times will Jeremiah seem to meet his end, only to have miraculously survived in some way or another? The writers try to make grand, shocking gestures, like having the only escape route get cut off, but that’s already happened before? The episode ends on Jim dumping some Joker gas into Gotham Bay and tainting the water. The city is already cut off for reasons, so did they serve a purpose other than to get them more cut off? Did it taint their water supply, though you’d have to assume they’re surrounded by salt water? The biggest thing to happen in this episode was that Jeremiah became the Joker. But, from the recaps and his scenes throughout, I thought he had already been Joker-ized so was there any sort of radical change there?

I’m asking questions again and I know that’s not healthy to do with this show.

I will give Gotham props for doubling down on its pulpness. It’s possible the cheap production, shoddy dialogue, wooden act, bland design, and predictable script are all part of its attempts to be pulpy. In this episode alone, we saw hypnotism, illicit babies, the classic villain fall, and an overly complicated plan meant to get the heart of our main character. And we also saw a ton of barely coded gay stereotypes. Joel Cairo was more hidden than some of these characters. The guy who plays Jeremiah prances around like some budget Rami Malek. The Riddler is a Sophisticated Gay. Penguin, the shunned stereotype. Gay men are portrayed as sniveling and conniving and ineffective and something not to be trusted or outright destroyed. Then you have fucking Jim Gordon juggling two women. Even Twink Wayne over there has a tender moment with Selina Kyle, so you know, you know, he’s a red blooded male who has a girl waiting for him, watching his back.

The terrible scripts and awful production are one thing, but the ’50s are over and this sort of portrayal is beyond ridiculous.

5. Things I Would Have Rather Done than Watch this Show

Yoga, finish watching Love & Mercy, continue the third season of One Day at a Time, scroll through Grindr, learn Bottom of the 9th, reread Black Leopard, Red Wolf, grade papers, try to imitate Charles Mingus licks on my bass guitar even though it comes nowhere near capturing the soul and tenor of an upright, dust, refill my fountain pens, browse through CW Pencils, track some incoming orders, clean up that spilled ink, organize my bookshelf, my taxes, or my actual editorial duties.