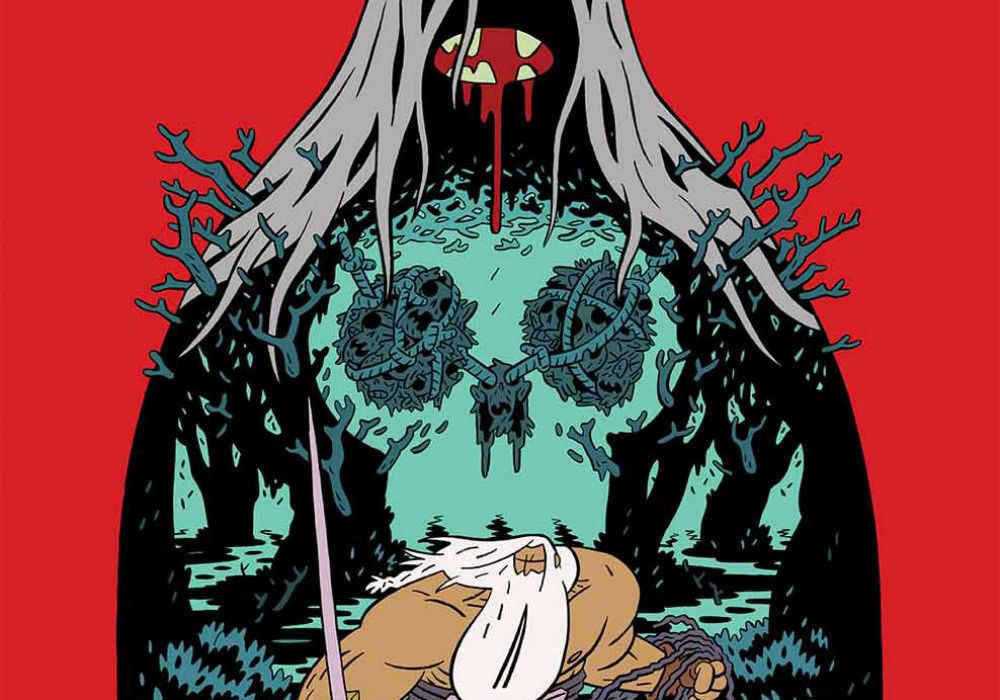 Best Limited Series
We altered the name of this category this year from ‘Best Miniseries’ to ‘Best Limited Series’ to account for things like maxi-series and weekly books with a finite endpoint. We hope you approve of the change. 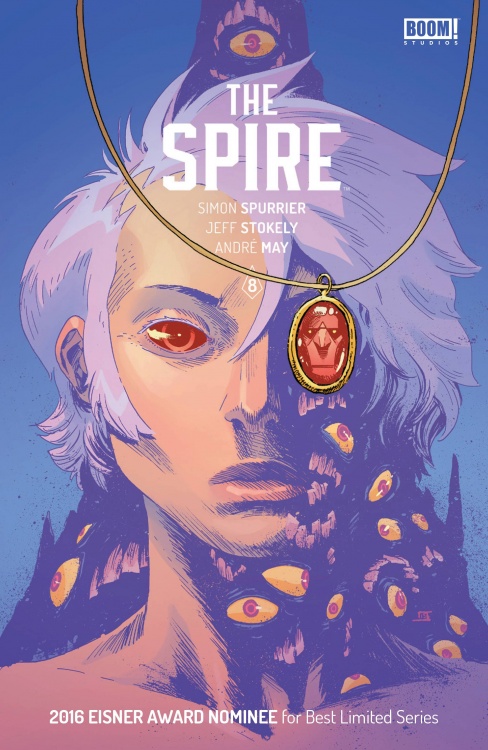 (Alice W. Castle) “The Spire” was a journey I didn’t know I was ready for. I’d loved Si Spurrier’s work for Marvel, but “The Spire” was my first experience of his creator-owned work and it was like night and day. Sure, his writing was eclectic and witty even at Marvel and his run on “X-Men Legacy” was an emotional headtrip, but “The Spire” was something else. Bringing a very distinctly British style of fantasy that brings a grubbiness and run down industrialism feel thanks to Jeff Stokely’s artwork. It’s a comic that reminds me a lot of the very British fantasy world of Warhammer with a blend of Tolkien, Dickens, and Jim Henson.

Meanwhile, the story eschews a lot of fantasy trappings for more focused procedural drama that unfurls a long held secret and a conspiracy at the heart of the world Spurrier and Stokely have constructed. it has massive revelations for the characters and a bittersweet ending that still haunts me. What may seem to be a fairly innocent fantasy tale with a very British edge to it is actually an incredibly well-constructed and told story with surprising depth and emotion. A highlight of the year. 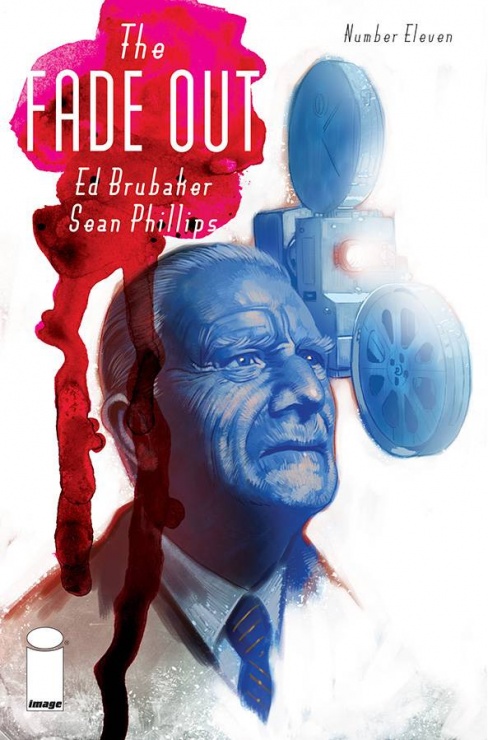 (Walter Richardson) “The Fade Out” is probably the best work to date of the acclaimed team of Ed Brubaker and Sean Phillips. I know, it seems like this is said of every new series they put out, but each time the claim is made it is true — the two never rest on their laurels, and are consistently getting better and better. “The Fade Out” also marks the first of their serialized collaborations entirely colored by Bettie Breitweiser, and while by my count she did approximately as many pages on this series as she did on “Fatale,” her being there from the beginning made a difference. The entire team approached this book with an eye for detail that would make even research junkies like Greg Rucka and Brian Wood seem like slackers, with every page feeling like a peek into a world lost to time. (To be fair, it doesn’t hurt that I have multiple DVDs of movies from around the time “The Fade Out” is set with covers illustrated by Phillips.) “The Fade Out” certainly felt like a normal Brubaker/Phillips comic in some regards — yes, crime is a major part of the book — but the level of detail, the tight structure it had, and the way it preyed upon readers’ morbid fascination set it apart from books like “Criminal” or “Incognito” — books I love, mind you. It is hard to believe that Brubaker, Phillips, and Breitweiser could top this one, but they’ve proven me wrong once, and I earnestly hope they do so again. 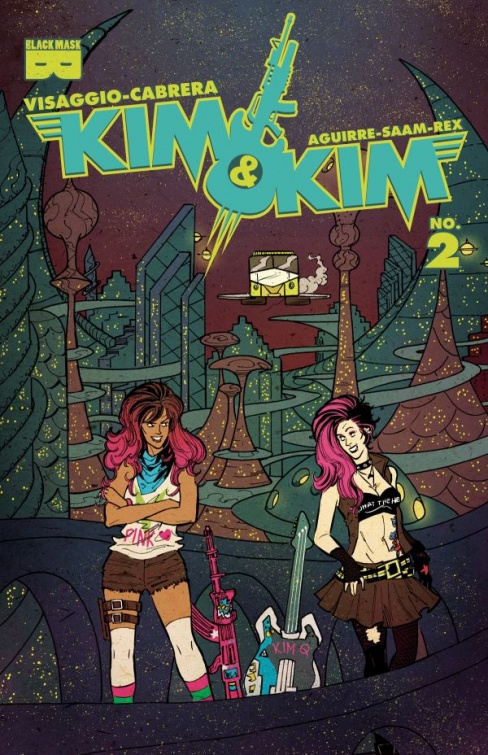 (Vince Ostrowski) If I were to pick one book this year that was going to be the biggest launchpad for the future success its creative team, it would have to be “Kim & Kim” — a miniseries so self-assured and consistently entertaining that you would think it was the work of longtime comic book stalwarts. “Kim & Kim” is instead the result of the confident collaboration of Magdalene Visaggio and artist Eva Cabrera, two names that you may not know yet, but you’ll definitely be hearing more of in the near future.

“Kim & Kim” is always focused on the duo at the center of the story — a pair of sharply defined and individualized queer assassins, who just happen to be a little short on rent. Visaggio, a trans woman herself, has vocally made a priority of putting LGBTQ characters at the forefront of her comics. As a result, the sexual and gender identities of its principal characters are integral to the entertainment found in the characters’ relationships, humor, and the overall style of the book. “Kim & Kim” is a tremendously fun title made all the richer by putting characters with identities (and personalities) at the forefront that are not the stock archetypes that mainstream comics have been steeped in for decades. Visaggio shows a keen ear for dialogue that sounds natural, doesn’t forget to have flavor, and yet isn’t over-stylized. I can’t wait to see what she has in her future in both the creator-owned realm and for whatever publisher might be lucky enough to hire her.

Cabrera shows a veteran eye for design, crafting a world where around every corner of the galaxy is a new surprise. Whether it’s a pan-dimensional shape-shifter that happens to default to a gruesome squid, or a kindly anthropomorphic owl-person, Cabrera peppers “Kim & Kim” with detail after surprising detail that engages the reader as much as the clever dialogue does. For the uninitiated, Cabrera’s style lies somewhere on the spectrum from “Scott Pilgrim” to Babs Tarr’s work on “Batgirl.” In fact, the fluidity of her action work and the way that she sets up a visual joke is just as good as what “Batgirl of Burnside” was doing while it was earning universal acclaim. I even feel like there’s a bit of Toriyama or some other modern manga-ka in there with the way that Cabrera stages a jokey exchange full of great reaction faces. 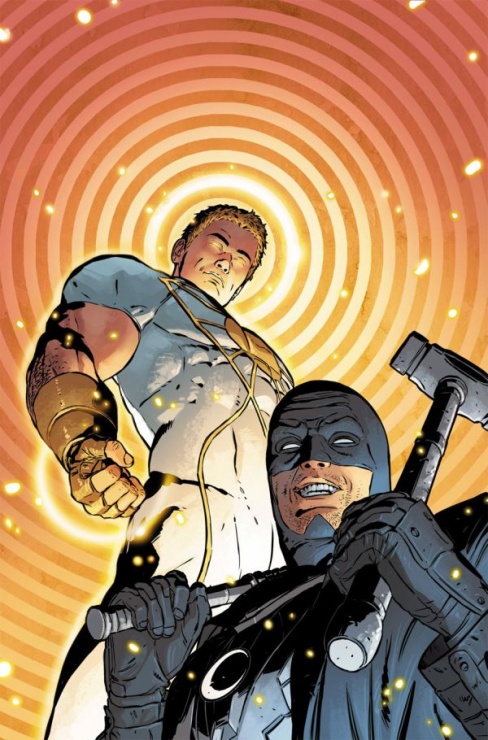 (Brian Salvatore) DC has tried for the past five years to incorporate characters from the WildStorm universe into DC proper, with mixed to terrible results. The first signs of life that it could, maybe, work were when Midnighter showed up in “Grayson,” before being spun off into his own solo series, which was equally excellent. When “Midnighter” scribe Steve Orlando signed on to do this miniseries, reuniting lovers and teammates Apollo and Midnighter, fans rejoiced at the prospect.

Then we read the first issue, and it exceeded all expectations.

Orlando gets both characters, drawing both on their New 52 and prior WildStorm appearances, and grounds them in dialogue that feels more “real” than 9/10ths of the superhero comics out there. Fernando Blanco is doing the best work of his career on this book as well, drawing all of the insane things that Orlando throws at him — chess matches in hell, the Subway Pirates — but also excels at the small, quiet moments between these characters that have a lot of love, and a lot of baggage, between them. 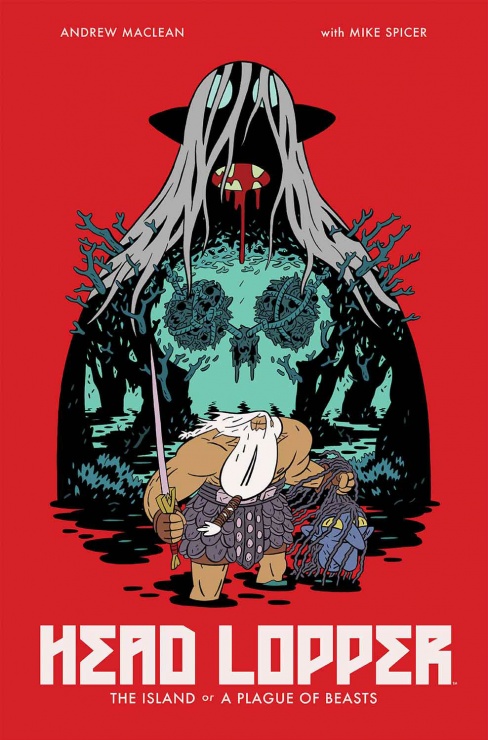 (Mike Romeo) “Head Lopper” is sort of everything I want in a comic book. The brutish, stoic hero, a little swashbuckling, magic, fantasy, arcane imagery, incredible locations, stuff like that. Series creator Andrew MacLean is able to utilize all of these elements in the creation of this series, and does so in ways that feel fresh and new. Every Dungeons and Dragons spin-off comic has, in some way, everything that I listed off, but MacLean is able to present them to the reader as if they’re viewing this stuff for the first time.

My love for this series goes beyond narrative tools, though, as MacLean has proven himself to be a masterful cartoonist. This series was a long time in the making, so over the course of the twelve months that it ran readers actually got to see MacLean grow as a cartoonist. He refined his craft in a way that makes his voice one of the most unique in comics. If you look closely you can see the sensibilities of Mignola and Guy Davis peeking through and being reinterpreted into something brand new.

Looking at MacLeans art is exciting and a little intoxicating. He’s able to distill his line down to only the marks needed to convey what it is he’s trying to communicate. Sure, he’ll get down to business and render out a monster’s scales or a castle in the distance, but he never lets that steer him away from his clean, simple and impactful line style. “Head Lopper” is the type of comic that doesn’t come along all too often, so if you missed it my recommendation is to correct that immediately!

Brian: I feel like I just said this yesterday about anthologies, but it seems like limited series feel like they used to be a bigger deal. Sure, creator owned work often starts off as a mini, and some stay that way, but it seems like the cache that used to be present when a new, limited debuted has waned a little. Looking at the list above, that’s an insane argument, as we spotlighted some of the best comics of the year, period.

Mike: This was a bit of a mixed year for Best Limited Series, which was called Best Mini when we did our voting. With the way comics are structured now, it seems as if almost everything is finite, which created a bit of confusion about where the parameters were. There were some votes for 12 issue series, as well as ongoings that were cut short, all of which also made appearances in the Best Ongoing category as well. We need to rethink this one for next year.

Matt: Going off that, Mike, so many of these series (“Head Lopper”) are like a series of miniseries. If I recall correctly, it’s coming back in 2017. What I like about the concept of this is that these books are working toward something, an end goal. Like Alice pointed out, this can be extremely effective, though other times, it feels like a pilot arc. These are three some strong choices, though. Tall stands the Spire.