Hello and welcome to Multiversity’s look at the “Best of the Rest,” where we try to summarize what’s coming your way from pretty much every other comic publisher besides Marvel, Dark Horse, DC, and Image.

Get your pull lists ready, it’s time to see all the other stuff going on in comics.

10. Not Without My Mother 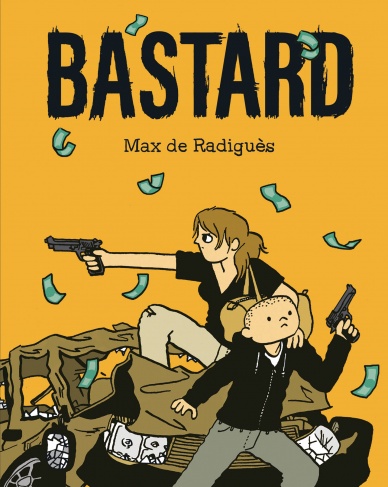 “Bastard” centers on a young kid and his mother running from the law. They just completed an unprecedented series of heists and the cops are hot on their trail. Beligan cartoonist, Max de Radiguès, twists the on-the-run story by throwing a mother/son relationship and coming-of-age story into the mix. It’s funny with a unique style and willingness to go for its emotions.

After conducting 52 simultaneous robberies in the same city, May and Eugene are now on the run from the law, former accomplices, and their own violent past. What makes these criminals so surprising is that they are a young mother and her preteen son. Bastard traces the escape of May and Eugene as they crisscross the United States, racing to get to their stolen cash. Both bloody and tender and full of plot twists and high tension, Bastard is a hard-boiled page-turner introducing an adolescent anti-hero that you’re sure not to forget.

9. The Dropout Kings Explore the Afterlife 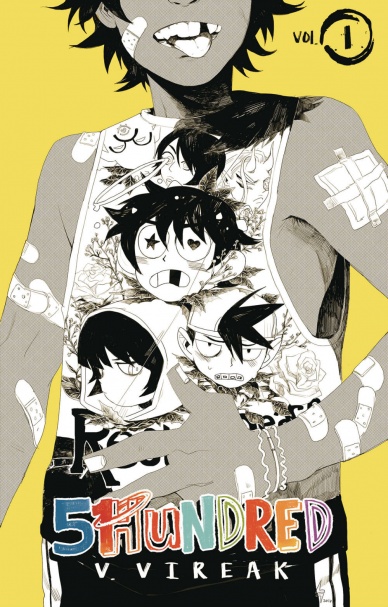 Chapterhouse Comics brings the popular webcomic, “51Hundred” to print. Vireak’s story is wild, involving some kids who basically have to test their way out of limbo to the next phase of the afterlife. Her art style rises to match it, with a Jaime Hewlett level of chaos on every page.

This is the 21st-century, and science still has no idea what life is like after death. With their lives tragically cut short, tentative trio Sugar, Zip, and Tuck are thrown into the underworld for the ultimate revision test; making up for all the points lost being bad kids during their time on Earth that are keeping them from graduating limbo! There’s action, there’s drama, and there’s a whole lot of questions to be answered for the heroes of 51Hundred; and if the boys can’t make it through the pearly gates of heaven, they better be ready live life to the fullest among the dead! 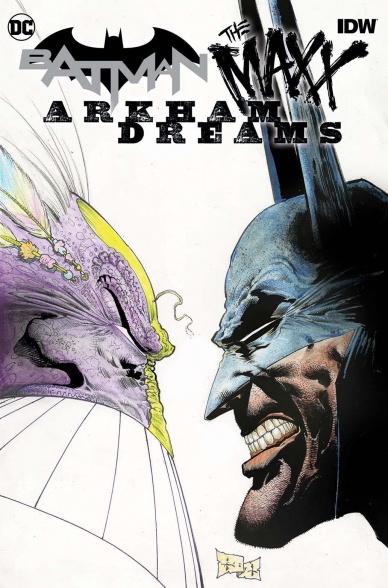 It’s been over 10 years since Kieth turned in a Maxx story. It also makes sense it goes all “Serious House on a Serious Earth.” I’m sure this will be fun. Untethered to the demands of continuity, it might even be a little daring. At the very least, it ought to be a spectacle.

A devious new doctor at Arkham Asylum is conducting unconventional experiments into the human psyche, and he kicks off a chain reaction of disaster when he experiments on Arkham’s newest patient, The Maxx! The city of Gotham is starting to merge with The Maxx’s psychedelic mental landscape, known as the Outback, blurring the line between real and unreal. It’s up to Batman to save not just Gotham, but all of reality, and he and The Maxx are going to have to travel through some of the darkest places imaginable-the twisted minds of Batman’s greatest enemies!

Join Batman and The Maxx on an off-kilter and unforgettable romp through the diabolical consciousnesses of Batman’s greatest foes. Legendary artist Sam Kieth (Sandman, Wolverine) returns to his greatest creation, The Maxx, and returns to Gotham as well, assisted by mult-Eisner Award-winning writer John Layman (Detective, Chew). 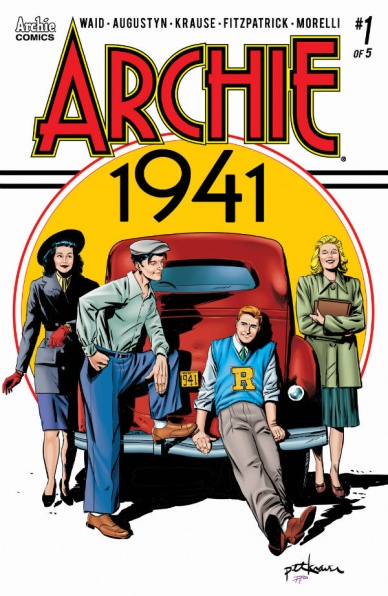 Archie Andrews first appeared in 1941. In his earliest iterations, he and the rest of the Riverdaleans have lived outisde of time, in an alternate reality where it’s much easier to address cultural upheavals. Mark Waid and Brian Augustyn seem to want to upend that with this miniseries, putting the lingering shadow of the War over our favorite teens. That’s about all the solicit gives away for this book. I expect we’ll nevertheless see the same Riverdale sort of antics.

THE HISTORIC, GROUND-BREAKING MINI-SERIES STARTS HERE! Archie has been around for over 75 years and has been through many significant moments in time, but never before have we seen the characters take on real-world events as they unfold. WWII is looming and Archie and many young men from Riverdale are close to enlistment age. If you’re a Riverdale teen, how would you cope with a looming world-changing event? Join the writing team of MARK WAID and BRIAN AUGUSTYN along with artist PETER KRAUSE for the all-new mini-series that is sure to have everyone talking! 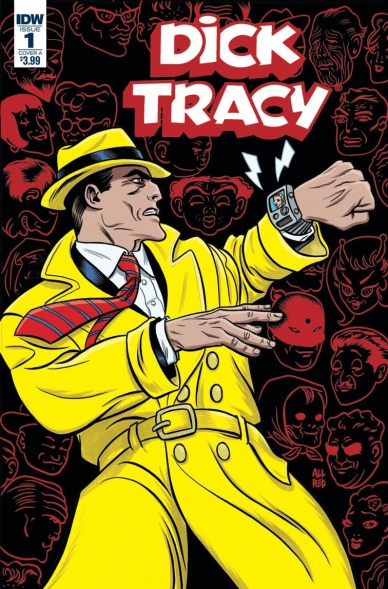 It’s been a long and tumultuous road for this book to see print. It jumped from publisher to publisher, on and off various schedules. Now, it looks like this reboot of Chester Gould’s classic character is finally seeing the light of day. Tommasso is an excellent choice to deliver more adventures with Tracy, and evokes the same level of hype generated by Darwyn Cooke when he tackled The Spirit.

IDW Publishing proudly presents the rebirth of one the most iconic comic-strip heroes of all time, Dick Tracy! The All-American detective just made the biggest collar of his career, and it only cost him his job! But now the honest cop has packed his bags for “the city by the lake,” and its criminals better watch out! Reimagined for the 21st century through a retro lens by the superstar team of Michael Allred, Lee Allred, Rich Tommaso and Laura Allred, Dick Tracy: Dead or Alive is a lock to be the pop-art event of 2018! 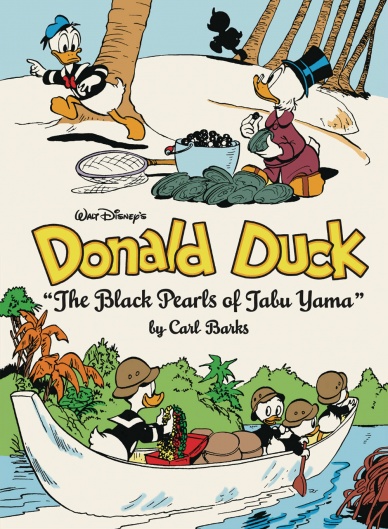 There’s always going to be a place for these Carl Barks books on this list.

Carl Barks delivers another 170 pages of exuberance, adventure, and all-around cartooning brilliance, along with insightful story notes by an international panel of Barks experts. In our title story, Donald, Uncle Scrooge, and the nephews are searching for pearls but instead find themselves facing a volcano’s fury! Then Donald and the boys head off to the Amazon rainforest to do battle with an invasive bug species. But a mystery foe sends a crocodile stampede their way. Also, Donald agrees to pilot a rocket in an “Around-the-World-in-80 Minutes” race, not realizing that his opponent is none other than Gladstone Gander, whose infernal luck never lets him lose!

4. In the Jungle the Mighty Jungle 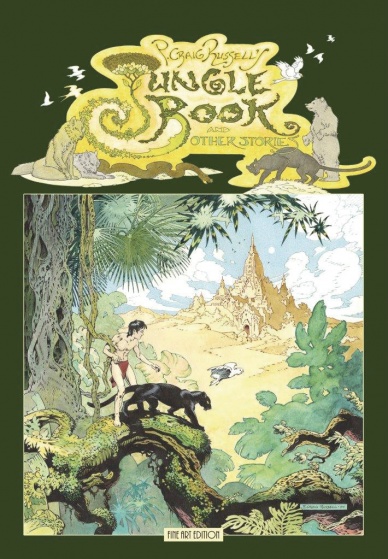 I do wish someone would release Russell’s work in a more accessible volume. I mean, are there any other comics as beautiful as Russell’s? These stories are incredible and it’s becoming more and more difficult to actually see them for an average reader. That being said, seeing his work on “The King’s Ankus” or “Red Dog” at the original size will certainly be a treat. This book also collects other shorts from his “Night Music” series, which, again, wonderfully show the potential beauty in the medium.

This beautiful 12″ x 17″ oversized hardcover features complete stories scanned from P. Craig Russell’s stunning original art. This 148-page Fine Art Edition includes the following complete Jungle Book stories: The King’s Ankus, Red Dog , and The Spring Running, The “other stories” included are three of P. Craig Russell’s most acclaimed early works: Siegfried and the Dragon, La Sonnambula, and the City of Sleep and Breakdown on the Starship Remembrance. While appearing to be in black & white, each page has been scanned in color to recreate as closely as possible the experience of viewing the actual originals including blue pencils, notes, art corrections and more. Pages are reproduced at original size on heavy paper stock to provide fans, aficionados and collectors with the best possible reproductions. 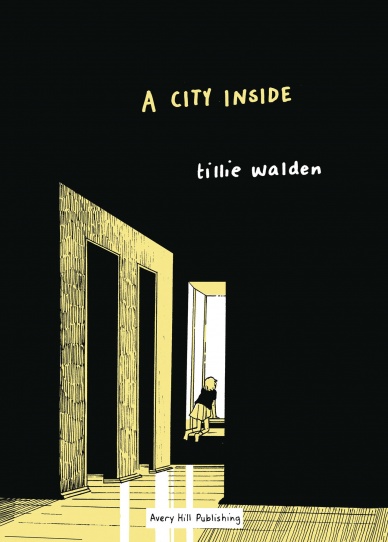 Tillie Walden is on a streak. The prolific cartoonist follows “On a Sunbeam,” “I Love This Part,” and “Spinning” with this tale of one woman’s life. The solicit gives off major Terrence Malick vibes but I think Walden’s eye is strong enough and vibrant enough to not turn it into some navel-gazing alienating fantasia.

Shifting between the everyday and the surreal, A City Inside recounts one woman’s life from childhood home, to the first love that she will never forget, to the creation of the idea of herself that she can grow old with and the home that she can grow old in. Walden’s follow up to the lyrical I Love This Part is a poetic exploration of the process of growing older; the journey towards finding out who you are and building a life for yourself. It is a universal story of how we don’t just come-of-age once, but many times throughout our lives.

2. Gear Up for the Absurd 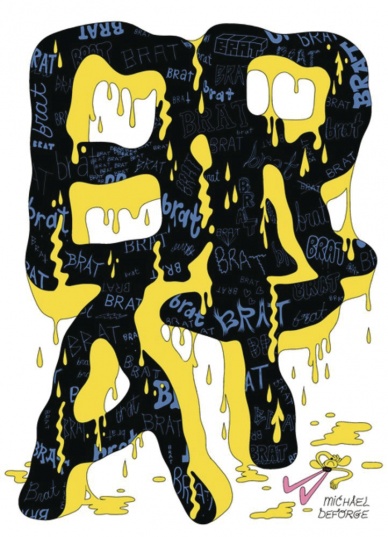 Look, you don’t have to know anything else besides it’s Michael fucking DeForge.

Ms. D. is the JD, but she’s losing her edge. Will her next act of delinquency restore her legacy?

A major star of minor crime struggles for delinquency relevancy as she ages out of the delinquent scene she pioneered. Michael DeForge presents the mid-career crisis of a merry prankster in his singular style that blurs the banal with the absurd.

1. The City Gates are Closing 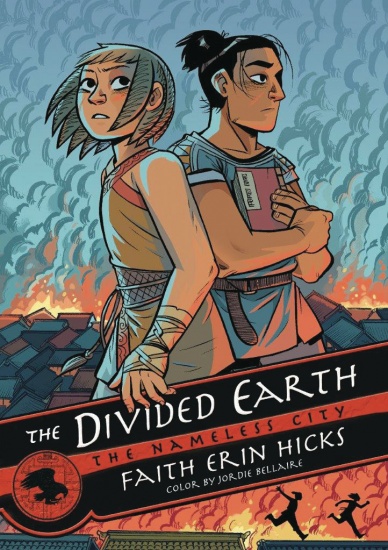 Faith Erin Hicks’s “Nameless City” books are stunning. Hicks wraps up the story here and it’s bound to be a doozy. Get on it!

Kai and Rat must sacrifice everything for peace in the riveting conclusion to the Nameless City trilogy! The Nameless City is under siege-held by the rogue Dao prince Erzi, and under attack by a Dao general determined to end the war for the Nameless City for once and for all. And the people of the city – the “Named” – are caught in between. Meanwhile, Rat and Kai must infiltrate Erzi’s palace and steal back the ancient and deadly formula for napatha, the weapon of mass destruction he has unearthed from the ancients – before he can use it to destroy everything Rat and Kai hold dear! In her third and final installment in the Nameless City trilogy, Faith Erin Hicks delivers a heart-thumping conclusion.

As of the time of writing this, new comics are not being shipped. You’ve probably heard the story—measures being taken to avoid a contagious disease has led to various companies shutting down, including Diamond, the main (virtually only) distribution company in comics. The future is uncertain in a number of regards but someone at Image […]

It feels a bit silly to be doing a column about the June solicitations, when we are not sure if these comics will be coming out on time, due to the uncertainty with Diamond, and with DC offering no official stance (as of this writing) on their digital solutions during this time. But, in what […]

Soliciting Multiversity: The Best of the Rest for May 2020

Our picks include Hope Larson’s latest book, a toy crossover from IDW, and more. Hello and welcome to Multiversity’s look at the “Best of the Rest,” where we try to summarize what’s coming your way this May 2020. We’ve already looked at DC, Marvel, Image, and some manga options. Now let’s check out what else […]