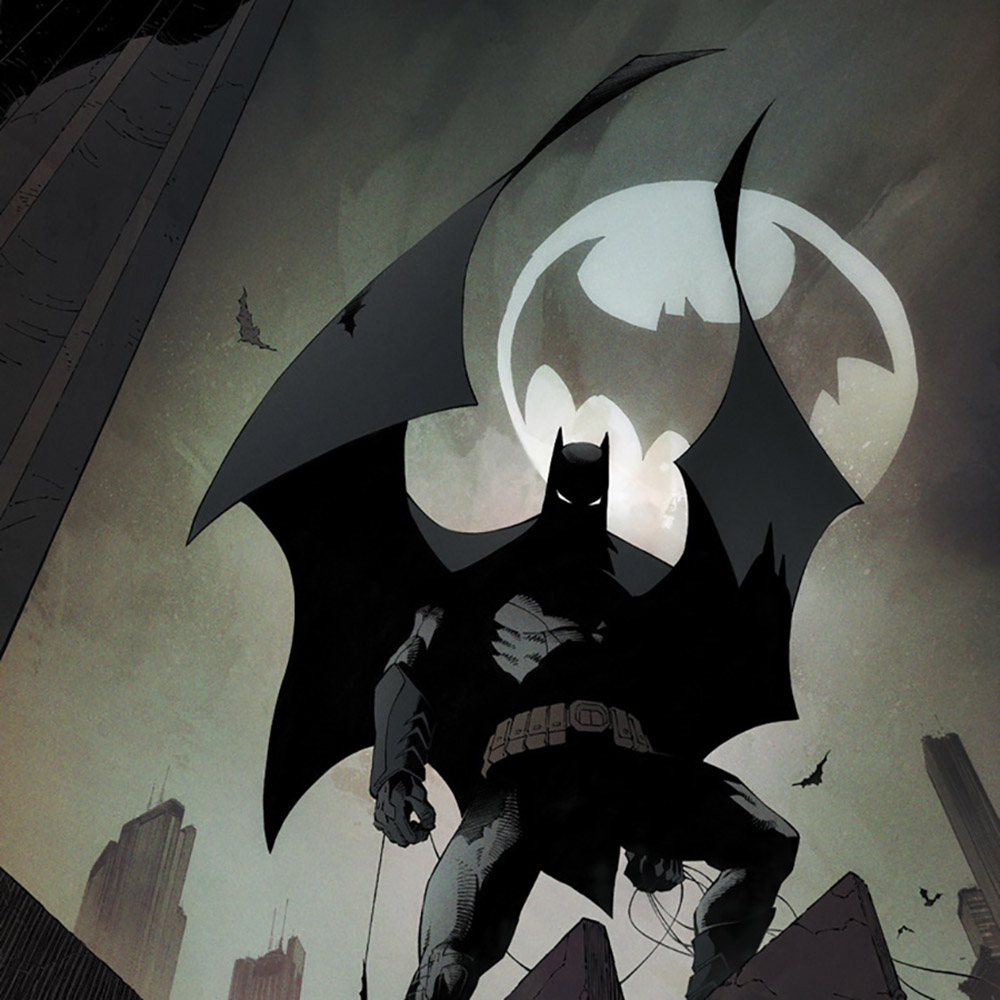 For five years, there has been one book at DC that, regardless of how much criticism (deserved or otherwise) the New 52 received, held strong with a consistent creative team and the room to actually create good things. But all things end, as we now have in our hands the penultimate issue to Scott Snyder, Greg Capullo, Danny Miki and FCO Plasencia’s “Batman”. 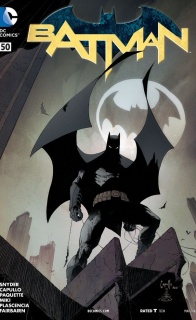 Batman has returned to Gotham City! In this extra-sized conclusion to Snyder and Capullo’s epic story “Superheavy,” Bruce Wayne returns to the cape and cowl to battle Mr. Bloom alongside Jim Gordon for the fate of the city they both love.

I hate the status quo.

In the laundry list of problems the Big 2 have, this -and more specifically, the obsessive “necessity” to return to it- is A#1 on mine. I despised when Steve Rogers came back when Bucky Barnes was Captain America (just like I do now when Sam Wilson is Cap). I despised that Bruce Wayne came back after “Final Crisis” when we had Dick Grayson evolving the concept. It’s why I have massive problems when people (creators and fans alike) have the goddamn temerity to look at Barry Allen and Barbara Gordon back in their mantles and call it “moving forward”.

What does this all have to do “Batman #50”? Well, this (and it’s previous issue) have the focus of returning to that status quo. Don’t think it’s much of a spoiler to say by the end of this issue Bruce is fully Batman again and Jim Gordon is Commissioner of the GCPD. That said, this issue perhaps does the best job of providing a reason why Bruce specifically has to be Batman, which is something every one of the above examples fail to do.

Snyder makes a great note about Batman: that he fights our nightmares to teach us to fight the real terrors in the light of day. That it’s not so much that Batman saves us but believes that we can save ourselves. It may be kind of a push into that cliche of “Bat-God” or “Bat-Jesus”, but, for me, one of the faults I’ve found in Scott Snyder writing Batman (Bruce specifically. His Dick Grayson in “The Black Mirror” didn’t have this problem) is the immense lack of trust he has. Whether it’s with the rest of the Batfamily or with the, in my opinion disturbing, implications of the whole “clones of Bruce Wayne throughout time with passed down memories”. And before you come at me with “but Bruce is always like that!,” when it’s done over and over and over without development, it becomes trite. That said, this issue did help get rid of some of my annoyance.

Because it’s the combination of Jim Gordon and Duke Thomas that beat Mr. Bloom. Not Bruce. And this is where Capullo, Danny Miki and FCO Plasencia go absolutely bonkers. Let’s face it: the concepts behind “Superheavy” (which, really, sounds like the name of a One-Punch Man character that never happened) are ridiculous. From the giant kaiju-level Mister Bloom to… well… this, the art team embrace a camp horror that has always been a part of Batman, in spite of his legions of fanboys saying that he’s “totes serious”.

And for all the great design work and fight choreography Capullo implements (including a new Batsuit design, which is nice in its simplicity), the deft inking of Miki, it has been Plasencia that has been the true breakout of the series. You figure hot pink should not work in a book where your villain is Plant Slender but there you go! But in all seriousness, Plasencia’s eye for bringing that true Silver Age-esque whackiness to a character that people think should shirk such things but effortlessly change to sombreness when necessary is so amazing.

Yanick Paquette and colorist Nathan Fairbairn take care of the epilogue, which is a much quieter affair. Between this and Batman #49, it has just been so long since we’ve had Paquette artwork. There is such a softness to it, in this time of peace after the storm. But they never skimp on the detail; that first page of the epilogue being a callback of sorts to “Batman: Year One” is so beautiful, like there really can be hope in Gotham City.

I have to divorce my cynicism in regards to the Big 2 (in particular the future of Duke Thomas, considering my lack of faith in DC’s direction with a great deal of its teen characters) to say that, in five years Scott Snyder, Greg Capullo, Danny Miki, FCO Plasencia along with the legions of letterers, editiors and support have crafted some of the best Batman stories in the last decade. And while I have some issues with some of the little details throughout the run, I cannot deny the quality.

Final Verdict: 8.4- “Superheavy” concludes in a most bombastic and heartfelt way.