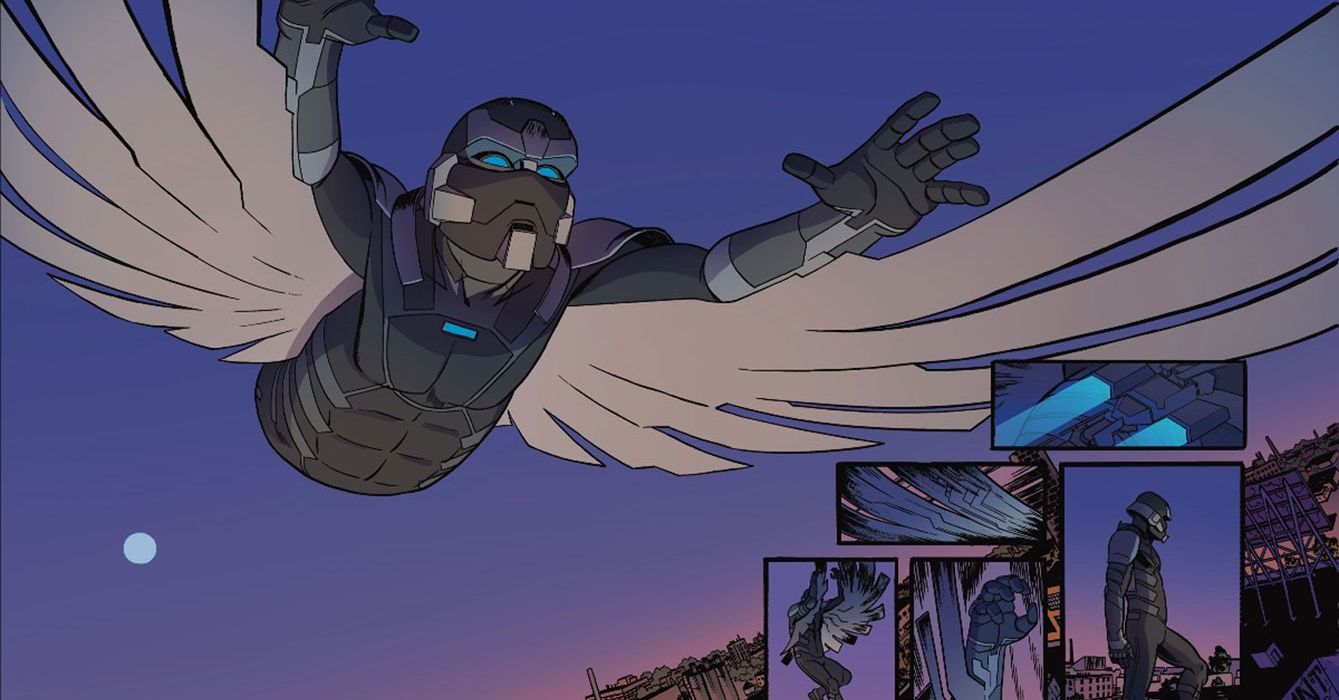 Detroit is a city that has financially collapsed and while there are those out there trying to save it through rebuilding its infrastructure; one man is prowling through the night to take down criminals to help save the soul of the city. Mild Spoilers Ahead 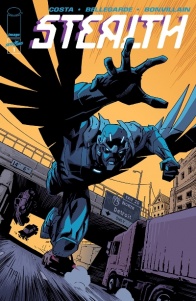 The hero known as Stealth has been a local Detroit legend for years, and has only recently become a seen presence, but is he going a bit overboard considering the crimes he is stopping? Also living in the city is Tony Barber, a hardworking and compassionate reporter at the Detroit Herald. He dreams of writing more than fluff pieces, turning even simple stories into impassioned think pieces regarding the city’s social and economic woes. A good man with a bright future ahead of him, Tony juggles the two main aspects of his life.

He has a decent grasp on his profession, but coming home is becoming increasingly more difficult. Tony lives with his father, a retired firefighter who is in the early stages of Alzheimer’s. Small moments of confusion like forgetting what time it is, or forgetting names, are starting to pile up and it is only a matter of time before the really tough moments start to set in.

After a long day of writing, Tony decides to head out to clear his head. During a brief discussion with this father, it is clear how bad things are getting. He calls Tony, ‘Eric’ who we learn is Tony’s uncle. He also believes it is 2 a.m. when Tony says he’s going out for while, when in fact it is only 8 p.m. A small, but cutting argument occurs when Tony suggests he should stay home rather than leaving his dad alone. Tony heads out for a little while and we are then introduced to Stealth.

Flying over the city, the vigilante known as Stealth surveys the neighborhoods below and takes crime fighting into his own hands. Taking down a guy holding up a dry cleaners, even the store owner calls out Stealth on using far more force to take down the perp than necessary. Two kids, who are at first excited to see the superhero run in terror as he beats the robber to a bloody pulp, leaving his face barely intact. The story ramps up with each panel, coming to a head in the last few pages. The power behind this reveal and the pacing of the issue allows for the payoff to be so perfectly presented AND earned.

The script does a great job of moving the story back and forth between Tony dealing with his job and his dad’s progressing illness, and showing us the ever questionable methods of Stealth. The story is completely engaging and will have readers emotionally invested right from the start. While most of the promotional pieces out there completely spoil the reveal of who Stealth is, and the entire motivation behind the story, I highly recommend going in to this issue blind. Even if you were familiar with the one-shot by Robert Kirkman and Marc Silvestri that was published as part of the “Pilot Season” releases, this is a complete reboot, using just the basic concept of the character moving forward with this miniseries.

Writer Mike Costa (“Resistance”) brings a lot of emotional layers to this comic. Immediately starting off with Tony’s piece on Detroit’s current status really sets the tone for the entire issue. Mirroring the crumbling city with the deteriorating mind of Tony’s father is heartbreaking. Also comparing the efforts to save both as futile is just as devastating to Tony, and us. That said, there is not just pain on display here. There is exciting action sequences and moments of very dark and bleak humor. The dialogue feels very real, even when we get into the more fantastic moments, there is a perfect sense of normality. These are every day people, with real world problems. The high-tech vigilante flying around is just one part of their lives.

Nate Bellegarde’s (“Invincible”) art work matches the mundane aspects of these characters and the world they live in. The character design is perfect for this story. No one is abnormally attractive or exceptional. Tony is a very typical young African American man and his father is in the early years of senior citizenship. Every other character is someone you would run into. By fleshing these characters out in this way it only makes them that much easier to relate to. While the focus so far is on getting the readers really acquainted with the main character, it would be nice to see Detroit used as more of a character itself. Right now, other than the opening panels, we really do not get a sense of what it is like to live in Detroit in present day.

Visually, it is easy to compare this character to Iron Man and The Falcon, but the story and use of this vigilante are so different that what we typically get in a mainstream superhero comic, that some visual similarities are where the comparisons begin and end. Using heavy lines to bring out the detail of each person and setting, the work has a lovely sense of animation to it. The bold line work is interesting because there isn’t anything that is overt and in your face. Overall, Bellegarde’s work is really impressive and is great in a subtle way throughout the issue.

The bold line work is matched by the gorgeous colors provided by Tamra Bonvillain (“Doom Patrol”). She gives life to the days and nights of Detroit as shown in the first few pages. Her dynamic color work is what truly gives us a glimpse of what could be, if the city is to be used to greater effect in coming issues. The way she colors the dusk and night scenes are simply breathtaking. The first time we see Stealth it could have been handled in a very typical superhero way, bright and obnoxious. However, we are given some quiet moments, at night, with just the lights of the city below and the distant moon illuminating the scene. For the most part, she gives us a beautifully lived-in feeling on most of the pages, setting us down in that every day feeling that the script and illustrations gave us. The entire creative team gives us an issue that so effortlessly realizes what it set out to do that it is almost easy to look over the achievement.

So rarely do you see a brand new comic, created by two of the biggest names in comics, immediately handed over to another creative team. And to their credit, they have produced something so great that this joint effort is clearly one of the best decisions they could have made in bringing this series to light.

Final Verdict: 9.0, “Stealth” is an excellent and emotional character study. It’s rare to get readers so invested in a brand new superhero comic, but this team has done it.