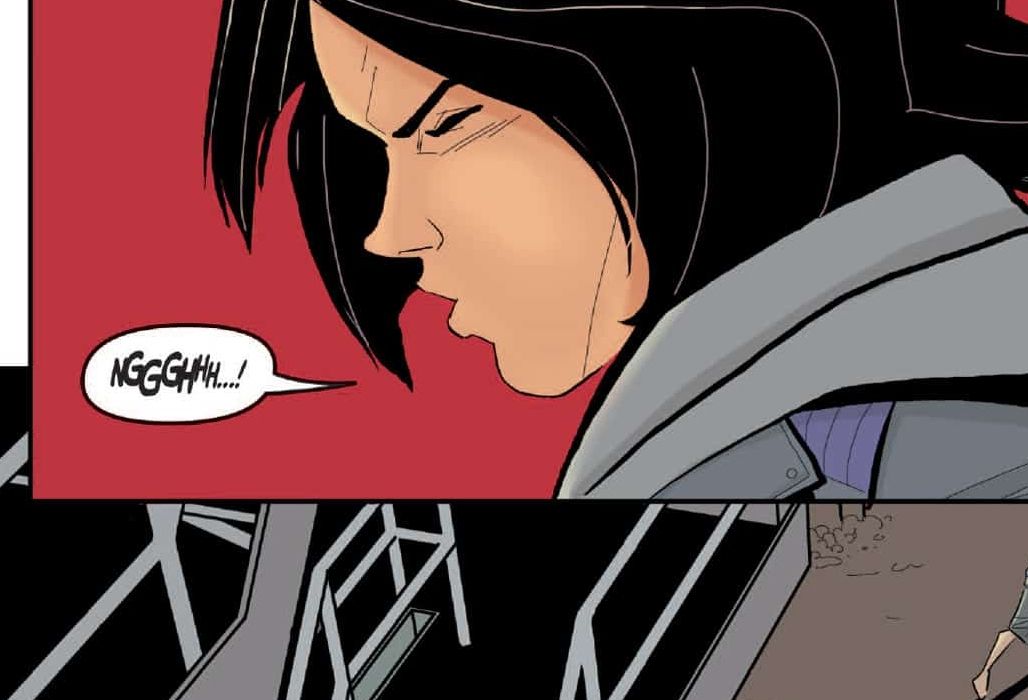 When a socialist vigilante, known only as ‘The Black Ghost,’ sets out to take down the 1%, a street tough journalist decides this is the story to take her career to the next level. Some Spoilers Ahead! 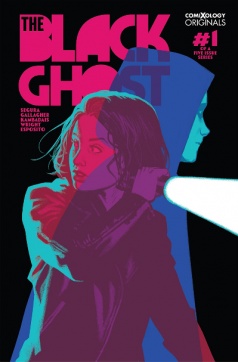 When a local urban legend, a vigilante known only as The Black Ghost, turns out to be real, Lara Dominguez knows this will be her big break and get her out of her latest creative slump.

Lara is a street smart journalist who covers the local cop beat in Creighton, a forgotten and fiscally floundering Mid-Atlantic city. Juggling her day job of reporting for the Courier, teaching night school for GED students, throwing herself into tussles with local drug dealers and enforcers, and functioning on various amounts of alcohol and caffeine keeps her busy most days (and nights). The Black Ghost steals from the rich and gives to the poor, a la Robin Hood, all while running around in a full suit, cape, fedora, and domino mask.

Like Lara’s professional and personal lives, this story somehow manages to handle a lot without it all coming crashing down. Segura and Gallagher craft an interesting story with a web of threads spreading throughout. Aside from a fairly detailed look at Lara’s life, we learn a bit about the goings-on with the Black Ghost, the state of the city, and how those with various forms of power are working to infiltrate the local government, take over, and market a revamped Creighton (Much like Delta City being built up from the slums of Detroit in Robocop). It is a multi-layered plot that is deeper and more intriguing than you might expect upon first glance.

For the most part this is a street level crime story that works great as just that, but once The Black Ghost is revealed, there is a very cool juxtaposition of the modern storytelling, which takes up the majority of the issue, and the noir-ish style once the Ghost comes into play. Lara is an angsty blend of Lois Lane and Jimmy Olsen – with all the attitude and toughness that those characters acquired over the last 70 years. When someone contacts Lara on her laptop (via The Matrix?), she is led to the next big lead in the Ghost story. From here the issue takes a turn, giving us an ending to the premiere issue that is not only unexpected, but downright shocking.

George Kambadais’s artwork is a great mixture of fun, almost cute illustrations, while capturing the dark pulp action in all its beautiful, retro glory. For those of you already missing “Paper Girls” this art style feels at home with Cliff Chiang’s in that series. The panels are detailed just enough to give you a full sense of the environments. At the same time Ellie Wright uses solid colors rather than physical spaces to convey emotions and settings that are just as effective in their own way as the more detailed pages. Kambadais’s character design is of a more cartoonish, nothing heavy handed or over-drawn.

I love his design of The Black Ghost, it has to be a nod to the titular character from “Beware the Gray Ghost;” the beloved episode of Batman: The Animated Series. It all comes together like an animated feature would, and a darker style would make the book feel far too serious. Although modeled after older comics, the series is meant for teens and adults, and the mild tonal levity the artwork offers us is definitely needed.

Wright’s color design is delightfully straightforward throughout. She uses mostly solid colors with various shading techniques to help differentiate light sources and textures, without making the work overly complex. She leaves the greater intricacies to the writing. This is not a criticism of her work. The simple nature of how she handles the colors in this book align nicely with the simple nature of the core plot. While the coloring style may fit that description, the palette she chose has a bright range and deep contrast as the story moves between the modern and classic comic book styles. The flourish of bright neon and mid range mundane colors gives the world they’re building its own life. This art team is just one of the reasons you should be checking out this miniseries.

“The Black Ghost” is another solid release from Comixology’s line of original comics. The book is a genre blending dark adventure filled with strong-willed, yet flawed characters, and an excellent multi-faceted story. Comic book fans from all walks will find something to enjoy.

Final Verdict: 8.0, A modern take on the old detective strips following the plucky reporter on their first big case.