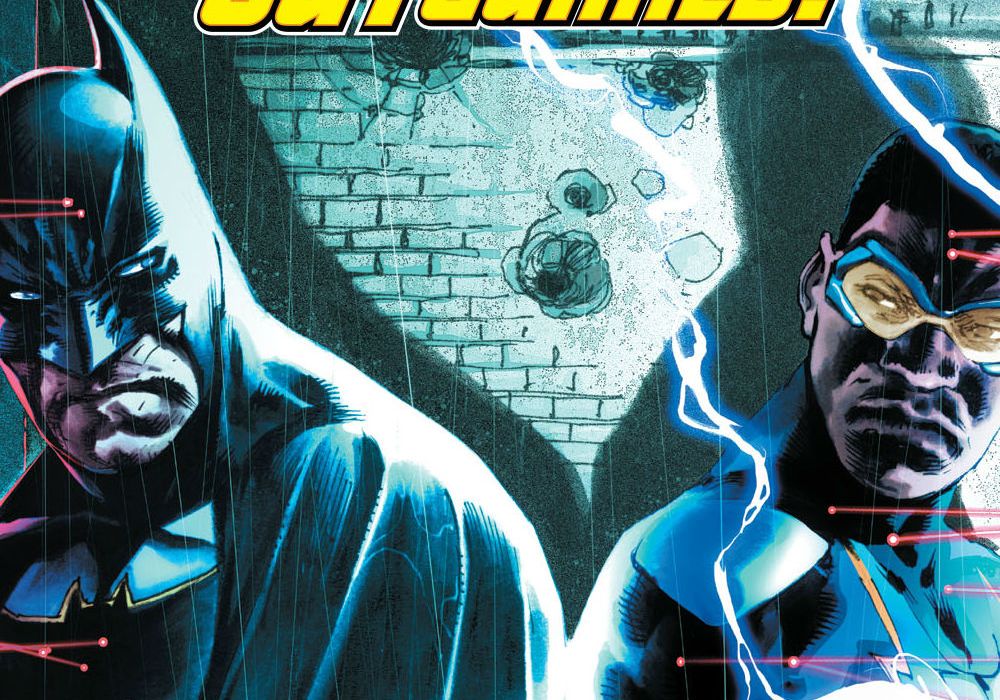 “Detective Comics” enters a new direction this week with writer Bryan Hill and artist Miguel Mendonça. The two creators are introducing readers to an alternate version of the team bearing some familiar heroes. While the previous run from James Tynion IV and Eddy Barrows achieved such a prominent level of critical acclaim, the question lies with how the creators are going to be able to follow-up such a celebrated collection of comics. 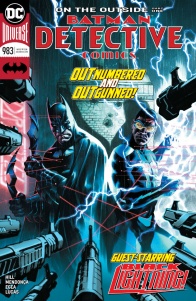 “On The Outside” part one! Duke Thomas. Cassandra Cain. They and other young heroes don’t intend to stand down, no matter what Batman thinks is best. Who can Batman trust to guide them? They need a teacher…and Black Lightning fits the bill!

After the collapse of his last team, Batman is attempting to pick up the pieces in the early pages of “Detective Comics” #983. The direction of the title overall commits a sin DC has been extremely guilty as of late: introducing storylines and forcing them to come together. The idea of Black Lightning joining Batman’s superhero fighting squad is an interesting change but it is a role that could have been filled by an older Robin or a supporting cast member more properly aligned with Bruce Wayne. While a stray piece of dialogue tries to add more context to the scene and Black Lightning’s role, the connection between the two is slight.

Following writer James Tynion IV and Eddy Barrows’s acclaimed run on the series was always going to be difficult. Writer Bryan Hill opts for largely the same tone and direction of the initial series. Creators should not be beholden to the past but Hill has the difficult job of finding ways for new fans, and old, to become invested in this new version of “Detective Comics.”

Miguel Mendonça’s pencils go for a more gritty and realistic style than Barrows’s work. “Detective Comics” #983 is hardly consistent, as the earlier pages are full of detail and a hyper-realistic style for Batman, but it doesn’t follow suit for each figure in the title. The scene with Jefferson Pierce in plain clothes bears an odd lack of detail. The final couple pages almost carry a different, lighter art style before ending on a harsh note. Mendonça seems to be progressing as an artist here and some action pages are truly breathtaking while some of the sequences with talking heads don’t utilize the full potential of the issue.

Cassandra Cain and Duke Thomas are two heroes who do not get much characterization across the DCU. Both of them are left to the pages of “Detective Comics” for any sort of agency or development. Hill uses Duke and Cain to explore the villain he adds into the series. The antagonist doesn’t leave a firm impression yet but it is notable he does seem to be targeting newer members of the Batman family. At this point, we are unsure if this is a villain they have seen before or someone entirely new to Gotham.

“Detective Comics” #983 has a lot to do and does not get the chance to introduce the full roster of characters in the issue. The building blocks to the relationship between Wayne and Pierce is interesting but the audience only gets the slightest tease at where this could possibly develop. It is also dismaying to see “Detective Comics” #983 doesn’t get the chance to lay out the future of the story or build on more of the plot threads which came before, even if this is a new creative and group of characters.

There is a lot potential here and aspects for Hill and Mendonça to flesh out further. Yet with their run on the series being discussed with a shortened length, will readers get the chance to see some of the material develop over time? The premise of an Outsiders team is going to take more than half-a-dozen installments to craft and I hope DC’s editorial team has given the appropriate foresight into crafting these elements.

It is slightly disheartening to see DC develop yet another premise with a forced status quo and little room for development. “Detective Comics” #983 is a solid start and introduction to the cast and team members. While the villain may be derivative and the issue struggles to find an identity, the issue shows an impressive level of polish and characterization for each member of the team.