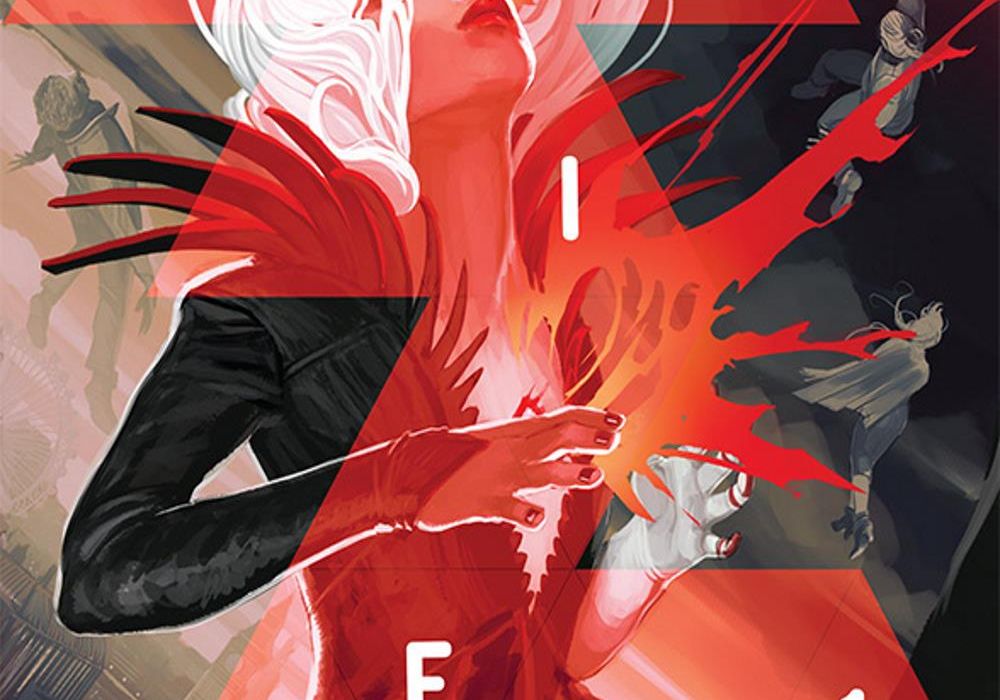 Writer Kieron Gillen has an impressive amount of fanfare behind his work as a creator. Gillen is introducing a brand new title with previous collaborator Stephanie Hans this week with “Die.” The issue is about a group of individuals who got sucked into a Dungeons and Dragons-esque campaign and what their lives are like when they are in their forties. The premise is an intriguing one, but it is hard to see what Gillen and Hans have to say with the story. Does “Die” #1’s complicated premise hold the title back and does the debut do a good job establishing the world of the series? 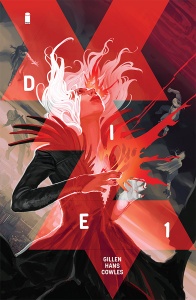 THE WICKED + THE DIVINE writer KIERON GILLEN teams up with artist supernova STEPHANIE HANS (THE WICKED + THE DIVINE 1831, Journey Into Mystery) for her first ongoing comic! DIE is a pitch-black fantasy where a group of forty-something adults have to deal with the returning unearthly horror they barely survived as teenage role-players. If Kieron’s in a rush, he describes it as “Goth Jumanji.” That only captures a sliver of what you’ll find in oversized debut issue—where fantasy gets all too real.

It can take time to create a strong established property with a really crazy premise. “Die” #1 attempts to flesh out a story with a large cast and set of characters. The debut barely sets the stakes of the story before changing the rules at the end of the issue. The inaugural chapter spends the issue establishing the cast who used to play board games and go on fantasy adventures with each other. Gillen seemingly has a difficult time crafting a solid through line or element to guide readers through each moment in the script.

Due to the characterization in the issue and tone of the book being so minimal, it is difficult to connect to any one cast member over the other. The cast members have interesting personality quirks that set them apart from others, but it is disheartening to see just how similar some of the characters are to each other. Gillen’s playful dialogue and the interaction between the leads in the comic is definitely an asset to the title.

While I admire the ambition and time skips in the script, there isn’t a strong voice pulling you along and keeping you interested in the narrative. Skipping ahead so quickly in time comes across as jarring. Gillen covers a lot of ground and only prompts readers on certain aspects of the issue, overlooking others. While it is wise for him to focus more characterization and spend time establishing the premise, a more focused character piece to start readers could have made for a stronger first issue.

Artist Stephanie Hans imbues the narrative with a more cerebral tone the issue might not have carried with another artist. The art has a sense of realism and ambiance. Hans draws very expressive faces which allow for the issue to carry a good sense of energy. While at times the figures may come off as slightly stilted, not allowing for the illusion of motion. Each page is very carefully laid out, drawing the eye towards a couple aspects on the page at first then allowing the reader to absorb each moment. Hans has a very realistic style and draws large characters and panels which gives “Die” #1 a really distinct look from other books.

One of the most striking aspects of “Die” that can be enjoyed from just the cover alone are the gorgeous colors for the issue. Hans changes up the palette according to the type of sequence Gillen has written. The flashbacks have a gradient hue that suit the title well but serve as an eye-catching contrast to the more conventional look for the present day aspects of the comic. The final sequence of the title finds a nice middle ground and contains an expertly-drawn extreme close-up making for very memorable image fans of the series are not likely going to forget.

First issues are really difficult, especially for series that have lots of exposition and baggage. “Die” #1 is tasked with building a fantasy world and new set of characters. Gillen and Hans have only started to show us the parts of the issue that make the series unique and flesh out the remainder of the cast. Plus, the final moments of the story add yet another idea that will need lots exposition for readers to properly grasp the overall idea of where Gillen is taking the story. The issue also has a certain level of been-there, done-that as reluctant heroes come together to fight a big battle. It is hard to know which members of the cast stick out over others or what direction Gillen is trying to take the series in. Hans art is a huge reason to not overlook the issue. Her incredibly detailed figures and expressive characters are one of the best parts of the issue. While it isn’t quite great yet, “Die” has a lot of potential.

Final Verdict: 5.9 – “Die” #1 ends shortly after establishing the premise for the series offering little payoff and lots of setup.