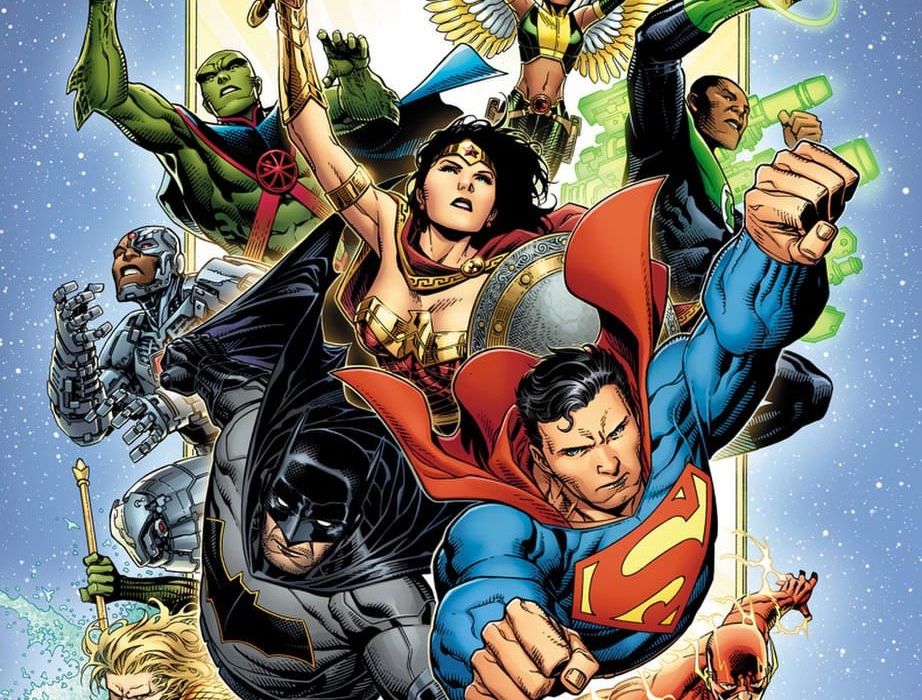 With the four issue “Justice League: No Justice,” proceeded by “Dark Nights: Metal” before that, Scott Snyder has been setting up and working toward “Justice League” #1 for a pretty long time now. The question then is, has all of that build up been worth it? Does Snyder’s work here, along with the pencils from Jim Cheung, feel like a worthwhile continuation of the story those events have been telling? Find out in our review, but be warned, as this review contains some mild spoilers. 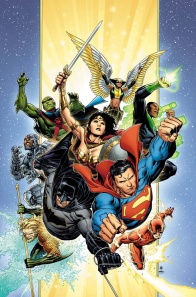 “THE TOTALITY” part one! A brand-new era begins here! Comics legends Scott Snyder and Jim Cheung launch the Justice League into a cosmos-shaking mystery that will draw out their most terrible foes…in ways our heroes couldn’t possibly imagine! In this debut issue, Martian Manhunter struggles to protect the team from an incoming threat that will shatter the world as they know it, while a familiar face strikes out on a dark path…

“Dark Nights: Metal,” was a dark, suitably metal rollercoaster through the newly discovered Dark Multiverse. After that, “Justice League: No Justice,” was a universe threatening cosmic thrill ride. Both of these events were dense, and at times a bit difficult to parse. They involved dark gods, unknown cosmic titans, the Source Wall breaking, and a whole list of meta concepts involving DC’s multiverse. And while those events help to inform “Justice League” #1, they are not required reading. “Justice League” #1 builds off those events, but the issue never feels like you have to put in the same kind of work to understand it that those two events did. It is more accessible, without feeling toned down.

That is not to say that “Justice League” #1 lays all of its cards out on the table. There are mysteries and set ups for what feels like an entire super hero epic. If I had to compare this first issue to anything, it feels a bit like the early days of Jonathan Hickman’s work on “Avengers” and “New Avengers.” That might seem like too easy of a comparison, obviously they are both about the biggest super hero teams in the respective worlds. And I don’t necessarily mean that they are similar in plot. The comparison I mean to draw here is mostly one of tone, of feeling. This issue has all the makings of the start of a grand super hero epic, and I’m sure that many of the seeds Snyder is laying in this first issue will take years to pay off.

Reading that back, it sounds like I might be saying that as a negative, and for some readers that kind of long form storytelling might be. But to me, that is almost certainly a positive. With “Justice League” #1, it’s clear that Snyder has a great grasp on the dynamics and characters involved in the story. After the set up of the opening narration, we get to see the Justice League right in the thick of the action. The way Snyder has characters bouncing off one another, including a bit where the entire Justice League tries out their Batman impressions, shows that this isn’t going to be all serious, multiverse threatening disasters. At its heart, “Justice League” #1 is also a lot of fun.

Jim Cheung’s layouts for the series bring a level of bombast to the entire affair. His use of double page spreads makes the book feel expansive, and his pencils bring the same level of scope and energy to the issue. Cheung makes great use of widescreen story telling here, and the pacing in this issue is top-notch. In the back half of the issue, there are two different, almost unrelated plots that are being cut back and forth between. But the way that the story is laid out, and the way that these scenes are juxtaposed against one another, gives “Justice League” #1 the feeling of hurtling forward, making you want to flip to the next page.

The colors by Tomeu Morey do some very interesting thematic work in “Justice League” #1. While Morey does a good job using color to differentiate between the different locations, the hall of justice glows in sepia, the villains location is a darker, more vicious orange, giving each its own unique look and feel. While the locations are all distinct, there are a number of connections that the colors giving between separate scenes and locations. The green of Martian Manhunters skin and the green associated with Lex Luthor work wonders here.

Speaking of Martian Manhunter, it’s kind of funny that on the cover he’s been relegated to standing in the back. While all of the main members of the Justice League get a little bit of time in the issue, the main focus is J’onn J’onzz. J’onn has been missing since Rebirth started, and even during the New 52 felt a bit out of place. With “Justice League” #1, he is the center of the action, both the leader of the Justice League and the character that the plot of this first issue is hinged on. All that said, it is great to have J’onn back in the DC universe, and it’s even better to have him back on the Justice League.

All of this is to say that while “Justice League” #1 is a fun book, it is also a book that has long-term ambitions. It is capable of being both a book that starts out with its characters fighting an army of super powered Neanderthals and focuses on building for an epic story that lasts years into the future. It has been a long time since I read a first issue that made me as excited for a series future. I’m as excited to see where the story of “Justice League” is a year from now, as I am to see what happens in the next issue, and that’s a great way to feel about a comic as big as “Justice League” #1.

Final Verdict: 9.5 – “Justice League” #1 is a fantastic first issue and great start to what looks like it might be the next great super hero epic.