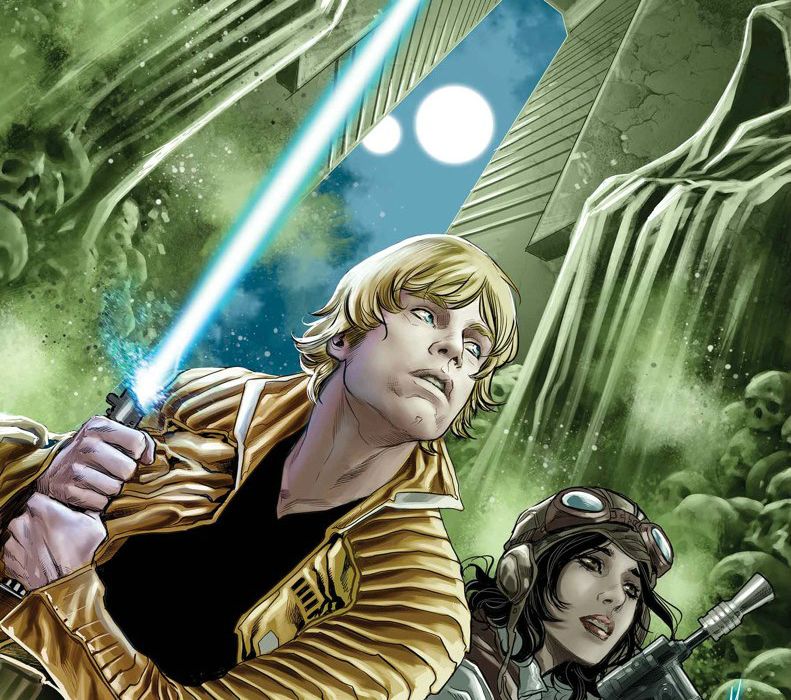 Star Wars has been a lot of different things since 1979. In the extended canon, it has run the gamut of action/adventure, sci-fi/fantasy, and war stories. It dipped into romance with The Courtship of Princess Leia, and who can forget the surprisingly terrifying Galaxy of Fear books of the late 1990s? While Star Wars has covered a lot of genres, “The Screaming Citadel” sets itself up to be something entirely new. 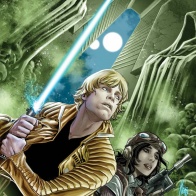 ‘THE SCREAMING CITADEL’ – PART 1 Rebel pilot and rogue archaeologist wander side by side into the darkest shadows of the galaxy as Luke Skywalker reluctantly teams up with Doctor Aphra! The Doctor makes Luke an offer he can’t afford to pass up?one that leads him to a very rare gathering at the heart of the infamous Screaming Citadel. Will Luke find what he’s looking for? Can Aphra be trusted? Or will they both wind up victims of the Citadel’s Queen? ONE-SHOT/Rated T

Kieron Gillen has been often found repeating that “The Screaming Citadel” is his attempt at a Star Wars Gothic horror story. While as a genre, Gothic horror is a bit difficult to pin down, the trappings quickly make themselves known in this comic. There’s the creepy mansion, with its creepier queen, a ball filled with all sorts of unsavory aliens, and Luke Skywalker rocking a sweet cravat. Put those trappings together with an unsurprising but thrilling twist ending, and it sure looks like Gothic horror to me.

This is not the first time Gillen has collaborated with Jason Aaron on a crossover, and the two make a strong case for their partnership. Their X-Men story “Schism” was one of the best events Marvel has ever done, and their last crossover “Vader: Down” was full of memorable moments, quotable lines, and iconic panels. I’m already optimistic that “The Screaming Citadel” will exceed those earlier works.

The premise is simple. Morally dubious Doctor Aphra, accompanied by her murderous entourage, has convinced Luke Skywalker to come with her to a gala at the edge of space. There, a mysterious queen appears once a year to accept the rarest items in the galaxy, and to trade away her forbidden knowledge. Aphra has an obsession with uncovering ancient secrets, Luke thinks he’ll find himself a new Jedi master to train him. They arrive at the creepy ball, but of course, things are not what they seem.

The artwork by Marco Checchetto is now included in an ongoing series alongside comic luminaries like John Cassaday and Salvador Larroca. While I can’t claim that he leaves the other artists in the dust, he acquits himself well in the two main axes of good Star Wars art. The art needs to look appropriately Star Wars-y, and needs to show us something unlike anything we’ve ever seen before. Checchetto does well at both.

The way he draws familiar things, like the exterior of the Millennium Falcon, or a greedy Toydarian are totally solid. But he excels at the particular touches that this story requires. The queen of the citadel and her consigliere look great, a pair of pale beautiful monsters that look like Deadman’s long-lost family. And when she draws Luke in formal wear, the dorky farmboy is sexy. Aphra claims that she cleans up well, and refuses to dress in formal wear because she would be too distracting. It’s a heartbreaking tease, because as good as Luke looks, you feel cheated out of seeing what Checchetto does with Aphra in a gown.

At the peripheries of the story is the cast of characters Gillen and Aaron have been building up over the last few years in Star Wars comics. Han and Leia and R2-D2 are there, and so are Sana Solo and Beetee and Triple-Zero and Black Krrsantan. They don’t get to do much in this first issue, but they’re set up to join the story in exciting ways, and considering how far out of the Star Wars genre wheelhouse this story is, you’ll be desperate to see what Han does at a creepy ball, or how Triple-Zero reacts to some seriously freaky mystical mumbo-jumbo.

“Vader: Down” was one of the most exciting Star Wars stories in years, and pulled off a thrilling and twisty tale with an extremely simple premise (Darth Vader is on a planet full of Rebels). “The Screaming Citadel” is hardly more complicated, but it is so thoroughly a product of its creators that it thrums with more energy than a double-bladed lightsaber. The only way this story doesn’t become a classic is if the creators somehow fail to stick the landing, but considering their track record, it looks like we have another winner on our hands.

Final Verdict: 9.2 – A terrifically fun first issue that’s quintessential Star Wars and unlike anything you’ve ever seen in the galaxy far, far away.