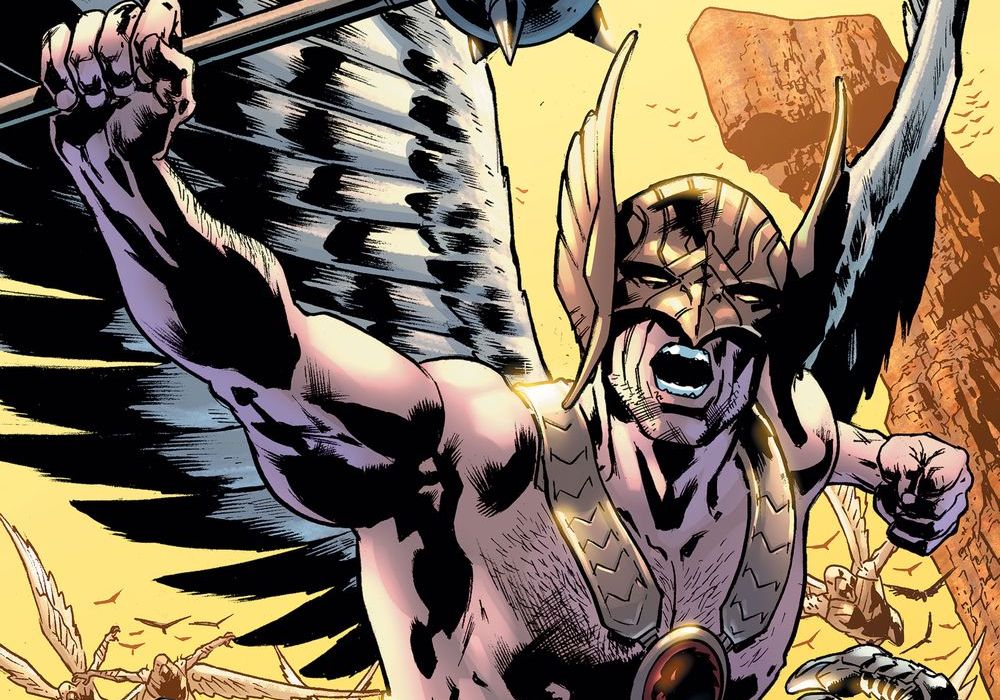 Cartel Hall has been many things throughout his existence: hero, explorer, father, husband. What the creative team delivers with this debut issue is an excellent understanding of those multiple dimensions, excitement, and possibility. 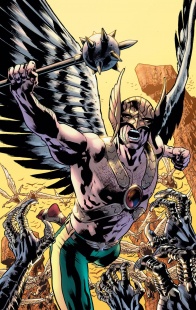 Spinning out of the events of DARK NIGHTS: METAL, Carter Hall returns to the DC Universe! An explorer of the ancient and unknown, Hawkman finds himself embroiled in a long-standing mission to discover the true purpose of his many reincarnations. Carter races around the globe trying to piece together an ancient prophecy, but will he be able to face down his past lives lurking around every corner?

Hawkman is not an easy character to grasp or to introduce readers to. There have been multiple iterations and reboots of his history, multiple characters with the same name. Steer too close to the ups and downs of his publishing history and readers feel lost. Venture too far from that reach tapestry and the audience feels cheated. After reading this debut issue, however, any concerns about that balance should be left firmly at the door. This is one of the best new launches in recent months, exactly because it is able to balance that multitude of elements without losing pace or focus.

Starting with the art: Bryan Hitch has not been better since “The Ultimates.” Perhaps it is due to the incredible array of situations the scripts calls upon, perhaps it is due to the mix of open vistas and attention to detail, but these pages are a marvel to look at. Right from the opening sequences, Carter and readers are taken on a journey of open skies, downward into lost temples and into battles with long-forgotten guardians threatened by crumbling walls. Hitch’s panel design is the true guiding north here, with shifts between vertical and horizontal layout doing a lot of the heavy lifting when it comes to movement. Thanks to that, the insides of the panels themselves are left to deliver ton of details, from each feather of Cartel’s wings to the hieroglyphs on temple’s columns.

In the last third of the issue, where action takes a backseat to conversations and modern landscapes, the art continues just as beautiful. The inside of an occult store offers a dusty, mysterious feel. The details on Carter’s face and that of his supporting cast are filled with emotion and gravitas. There is no need for exposition to tell you how a characters is feeling if one can simply look at it.

Colours by Sinclair are great as usual. Two particular moments shine through: one where a green-tinged tone is used for a sub-water sequence early on and a red-toned splash-page towards the end. Both frame the action and art into its setting firmly, working as effectively as a transition element as panel borders and drawings.

Finally, Venditti’s script. Readers familiar with his “X-O Manowar” run know how he can manage the stories of a man lost in time, of a hero as defined by his past as he is alienated by it. Those skills come back with a vengeance on this debut, but they are accompanied by a more mature sensibility which suits the nuanced personality of Carter Hall.

The script plays around the differences and similarities around exploration and discovery. How exploration may offer clear skies and new horizons and how discovery demands going underground and getting dirty. At the same time, how each of these dimensions feed into each other, as each new exploration opens the canvas for new discoveries and vice-versa. That same parallel structure can be translated into Carter himself: each of his lives the beginning of a new exploration, every death the result of accumulated discoveries. This type of insight digs deep straight into the character’s soul and opens the question of how to move forward with so many baggage.

Venditti’s dialogues are just as interesting: an early exchange between Hawkman and Yiannis (a boat captain in Greek waters) offers a lot during a quieter moment. Conversations that are at the same time true to the characters at that time, but also indicative of things to come. The same can be observed toward the end, as Carter encounters another DC character with a knack for the supernatural. Seeing two individuals discuss, so calmly, elements that are otherworldly to most is like peeking behind the curtain of the incredible.

Finally, those final pages.  Venditti certainly did not shy away from a challenge as he lays out the obstacles and mission Carter Hall has in front of him. This could be a truly transformational journey — to Hawkman and other corners of the DC universe — and the writer is inviting readers to join him on the front seat.

Whenever a new series embraces the rich mythology of its character and manages to balance that around interesting plot, characters, and dialogue, that means readers are given a chance to rekindle to leads once lost. And when it is shown with such artistic craftsmanship, readers should know there is a lot to explore and discover in “Hawkman” #1.

Final Verdict 9.0 – “Hawkman” #1 is a complex, interesting and beautiful return to form for Cartel Hall and his mythos.