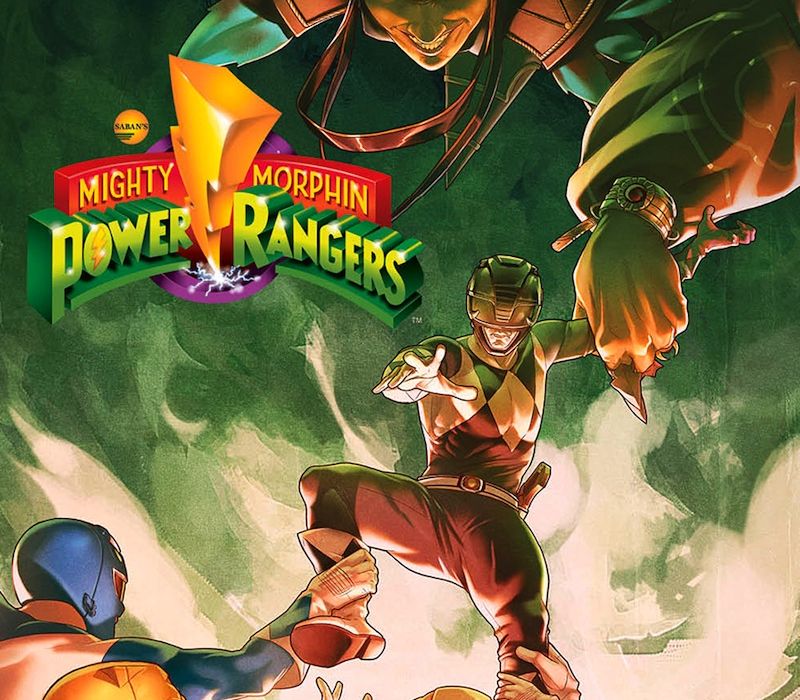 While things are heating up in the “Power Rangers” comic, this issue takes a quick aside to flash back to a moment before Tommy became the Green Ranger, and gives us a look at Zach, the Black Ranger, and a past temptation that will certainly impact his feelings about Tommy in the comic. 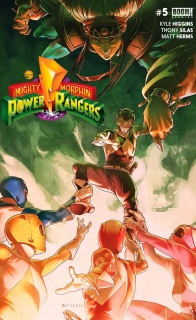 Before there was Tommy Oliver, Rita had her sights set on someone else to become her Green Ranger in this stand-alone issue! Guest artist Thony Silas (Venom) reunites with his Batman Beyond 2.0 partner Kyle Higgins.

Last time, on “Power Rangers,” we saw the internal conflict between the original five rangers and Tommy Oliver escalate, and a new, ferocious-looking enemy appeared. While it seemed like the perfect time for a climactic battle against a new, deadly foe, that would bring the team together once more, this issue instead decided to jump back in the past.

The comic takes a look at Zach, who was the de-facto second-in-command for the Power Rangers. It’s a pretty common trope for anyone in that position to harbor feelings of envy or resentment towards the leader, who takes all the glory for the team’s victory, a trope that Rita attempts to capitalize on. While the comic doesn’t completely fall into that trap, and the team is very much a close-knit one that acknowledges every member’s contributions to each battle’s victory, the fact that there was at least a little of that envy to play with does add another layer to Zach’s character.

Also of note is the setting for this month’s monster fight. Up until now, Rita’s monster attacks have been pretty much entirely targeted at Angel Grove, in spite of the fact that she’s trying to take over the entire world. The comic averts that by having her send a monster to attack Italy, following the Italian Prime Minister’s declaration that Italy’s not afraid of her or her giant monsters.

The monster itself is very well designed, based off the Vitruvian Man in form (including multiple arms) and speaking entirely in Da Vinci quotes. Thony Silas does a great job making it look powerful and huge, while putting impact and action in the fight scenes. Occasionally the perspectives during the action sequences flip suddenly, putting characters on opposite sides of the reader’s view, but those rarely detract from the action.

On the rangers themselves, the designs can sometimes look a little too limber and linear, like they took a text picture of the rangers and tried to italicize it, although outside of the ranger suits, he does a fine job with the characters. Zach in particular gets some nice expressions, displaying some great emotion that can speak to his internal struggle better than dialogue can.

Rita herself looks imposing, scheming, and even at times regal, as befitting of the “Empress of Evil.” Her minions get a little less in the way of detail – I can’t think of a single panel in this issue where we see Goldar’s face not at least partially obscured, although that can add to his intimidating appearance at times – but they’re not the focus. Even her base gets some nice attention from both the artwork and script, with a nice line about how “when you’re trapped in a dumpster for ten thousand years, you come to appreciate open floor plans.”

In the end, this issue is a character piece for Zach and Rita. For Zach, it shows us his insecurities and doubts, but also his ambitions, hopes, and in the end, his dedication to the team and what the Power Rangers stand for. For Rita, it shows her as more of a manipulator, a schemer, someone who can actually play a long game, rather than just monster after monster.

This is a great improvement compared to the campiness of the classic TV show, where the characters only had as much attitude as the television broadcasting standards would allow, and Rita’s plans always consisted of “find way to inconvenience the rangers, send a giant monster at them, make the monster grow, then complain about a headache when things go wrong.” It has time to focus on characters individually, and is not constrained by the monsters and fight scenes the Sentai footage provided.

We get more depth to everyone, new locations and events that would have otherwise been impossible, and even some possible new additions to the mythos (Goldar mentions something about Zordon escalating the conflict when he created the Zords, but this is, naturally, to be taken with a grain of salt). Even the worldwide impact of the Power Rangers battling Rita’s monsters is explored, not only with a more global level to the conflict, but in looking at the aftermath and collateral damage that it brings.

Also, apparently Baboo and Squatt use the internet? That’s an odd thing to note, even given the comic’s more modern setting, but on the other hand, they would fit right in among certain internet trolls.

Of course, the comic also has to balance both the nostalgia for the adults who grew up watching the show with a mass appeal to all ages, so children who are getting introduced to “Power Rangers” now can enjoy it too. This is a similar challenge to what the live action movie will have to attempt when it’s completed, but I’d say that this comic shows that it can be done.

The issue wraps up with “The Ongoing Adventures of Bulk & Skull,” written by Steve Orlando and illustrated by Corin Howell. It deals with the aftermath of their plan in the previous issues, involving capturing and setting free a Putty Patroller to make themselves look like heroes, in the comic’s usual cartoonish style. While little happens in this issue, aside from setting up the next one, it does bring in a familiar face for anyone who remembers season 3 of “Mighty Morphin’ Power Rangers,” and is an amusing interlude between issues.

Final Verdict: 8.2 – While the break from the previous issue’s events is a tad jarring, it’s still a solid piece on its own, giving more depth to some characters and exploring things in ways the show didn’t.