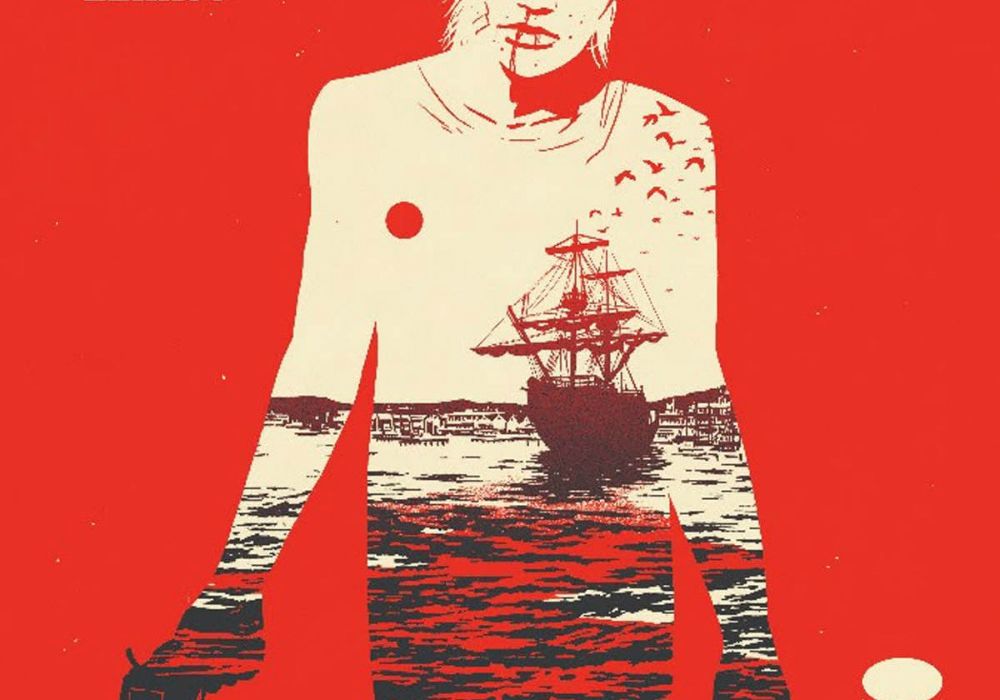 Shanghaied from Portland years ago, Red now returns with murder on her mind. It’s sure to be a bloody homecoming. Our review will contain minor spoilers. 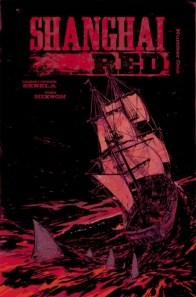 Red is one of hundreds shanghaied out of Portland in the late 1800s. Drugged, kidnapped, and sold to a ship’s captain, she wakes up on a boat headed out to sea for years, unable to escape or even reveal who she truly is. Now she’s coming back in a boat covered in blood to find her family and track down the men responsible for stealing her life out from under her. Eisner-nominated writer CHRISTOPHER SEBELA (High Crimes, Heartthrob, We(l)come Back), JOSHUA HIXSON (The Black Woods) and HASSAN OTSMANE-ELHAOU (Felix & Macabber) bring you a tale of revenge, family, and identity that stretches from the deck of a ship outside Shanghai all the way to the bleak streets and secret tunnels of Portland, Oregon.

Shanghai is not only the most populated city in the world but a verb denoting a far more sinister occurrence in the late 19th and early 20th centuries. Merriam-Webster defines the word as follows:

transitive verb
1a : to put aboard a ship by force often with the help of liquor or a drug
b : to put by force or threat of force into or as if into a place of detention
2: to put by trickery into an undesirable position

Although Shanghai is in the title, the true setting for this tale of revenge is the coastal city of Portland. Home to Dark Horse, Oni Press, Top Shelf Productions, Image, and many others, Portland has become the premier destination of those working in the modern American comic book industry. So when Christopher Sebela moved to Oregon’s most populous city seven years ago, the history of the seafaring town aroused his interest. A tour of the Shanghai tunnels helped spawn the creation of “Shanghai Red,” using this dark aspect of Portland’s history as basis for one woman’s revenge tale.

Her name is Molly, but call her Jack. Or better yet call her Red, the color of the blood she’s so eager to spill. She’s created these personas to help her cope with her rough upbringing, the brutal realities of the American West, and her shanghaied position as a sailor aboard the Bellwood. As she states in retelling her origin story, “I never once aimed to wound.” She’s a survivor through and through. However, there’s a deep love for her family beneath her hard exterior, and it’s that love that powers her vicious determination and pragmatism. Her love also reveals itself in the heart tattoo on her leg and the countless tally marks she scratches into the walls as she counts down the days until she sees her mother and sister again. Hers is a tragic tale of a necessary monster forged in the brutality that her time and place demanded. Appropriately, she realizes that she must become what she hates as she contemplates her reflection in a pool of blood. How many killings can you take before losing your humanity completely?

“Shanghai Red” begins amidst an approaching storm as the shipmates of the Bellwood are told their contracts are up. Little do they know, their lives will soon be up as well. The ship erupts in a series of shootings, stabbings, strangulations and even immolation. It’s a gruesome opening, setting the tone for this story of survival whatever the cost. In ‘Life Amongst the Rats,’ Red becomes a snake.

Joshua Hixson’s art captures the grittiness of a seafaring vessel in the late 1800s. His pens etch thick lines, heavy in shadow and inky shading. Canted angles suggest the undulation of the ship back and forth, placing readers right on the vessel’s wooden decks. It smartly replicates the unsteady surface of life at sea between the queasy seesawing of ocean waves. The angle only becomes clearly 180 degrees when Red reveals herself as a woman and the true intention of her mutiny is exposed. She’s in control now—the ship is righted. Hixson depicts scenes of violence with unsparing brutality. The panel borders and background itself is removed for the initial murder, highlighting the blood spatter and the sickening SHLICK as a man’s throat is cut. It’s not unnecessarily bloody or gory, yet the pain and surprise of Red’s victims communicate the impact of their deaths.

Hixson takes on double duty for colors as well. The colors are as dismal as you’d expect aboard the ship. Every surface is awash in gray and black. Skies provide a respite from the gloom with a serene turquoise after the storm and pink-orange sunsets that even Red appreciates. Later, as Red recounts her past, colors are muted and less intense, visually bisecting the past from present. Scenes of murder are colored an appropriate dose of red (a color that seems to take on some symbolic significance or appear as a motif in nearly every comic book I read nowadays). The background sky goes red against the bloodshed and torrential rain. Characters become silhouettes against the redness, as sailors are killed and tossed overboard. As Red finally arrives in Portland during the last few panels, her surroundings are drowned out in blood red, all too clearly indicating her barbarous intentions.